The complete Blu-ray box will be available on March 29 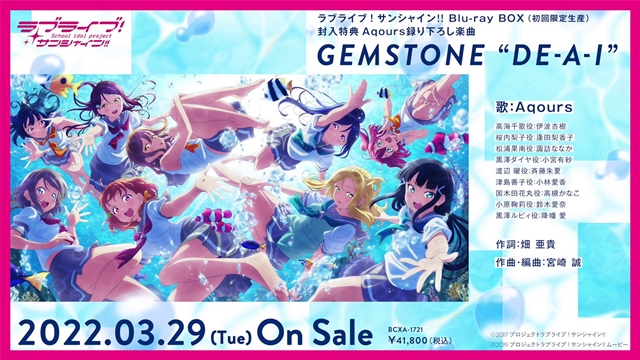 The series and the unit are celebrating their sixth anniversary and are currently developing "We Are Challengers Project!" As part of the project, a complete Blu-ray box set containing the two TV anime series and the feature film Love Live! Sunshine!! The School Idol Movie: Over the Rainbow is set to be released on March 29, 2022. This newly-recorded song "GEMSTONE 'DE‐A‐I'," will be included in its bonus CD, along with bonus songs that were included in the previously released Blu-ray special limited edition. The price of the set in Japan is 41,800 yen (362 USD).

The box art was newly drawn by the anime's character designer Yuhei Murota: