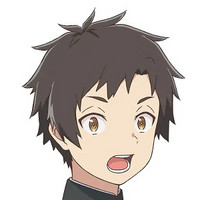 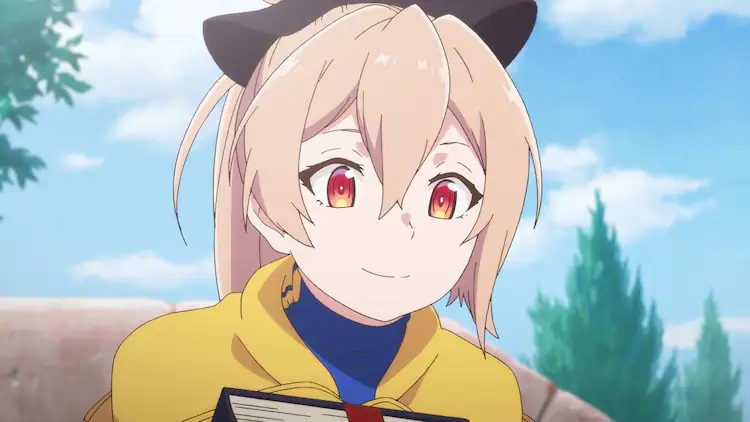 Three new cast members have been revealed for The Executioner and Her Way of Life (known in Japan as Shokei Shoujo no Virgin Road), an upcoming TV anime based on the isekai fantasy light novels series written by Mato Sato and illustrated by nilitsu about a young woman who is tasked with killing off visitors who arrive from a parallel world before they can become a threat to her native land. 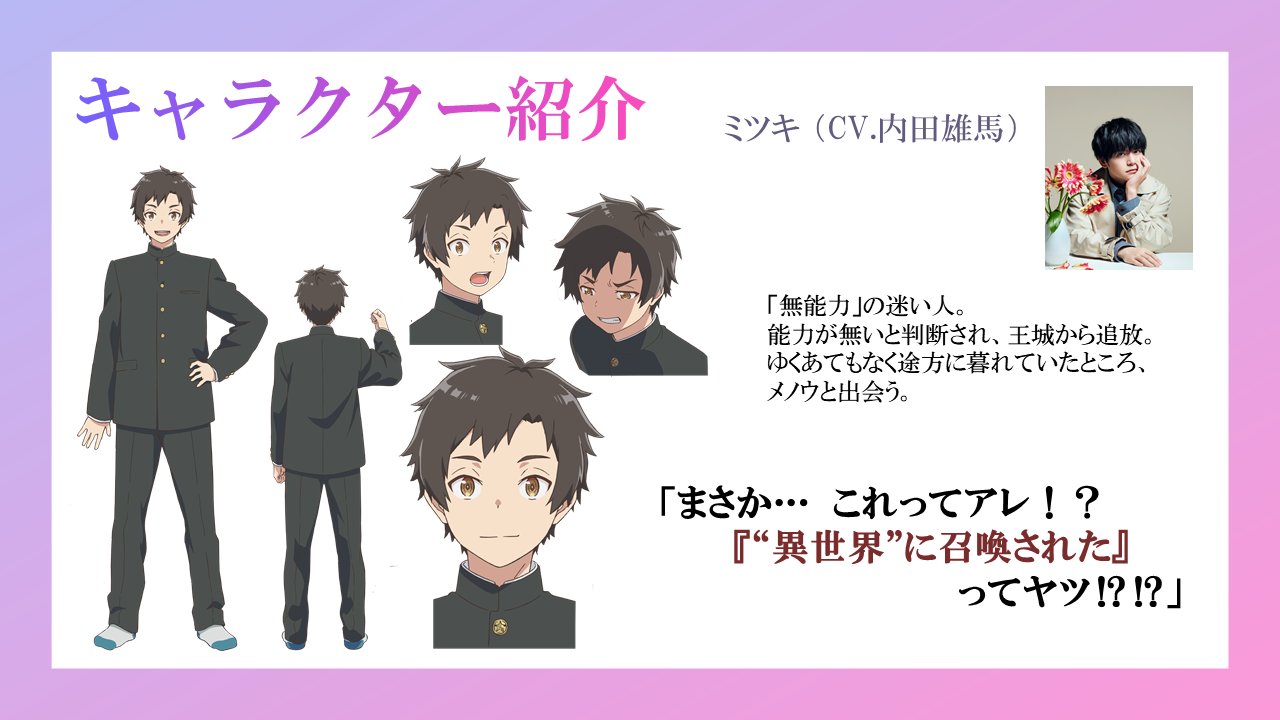 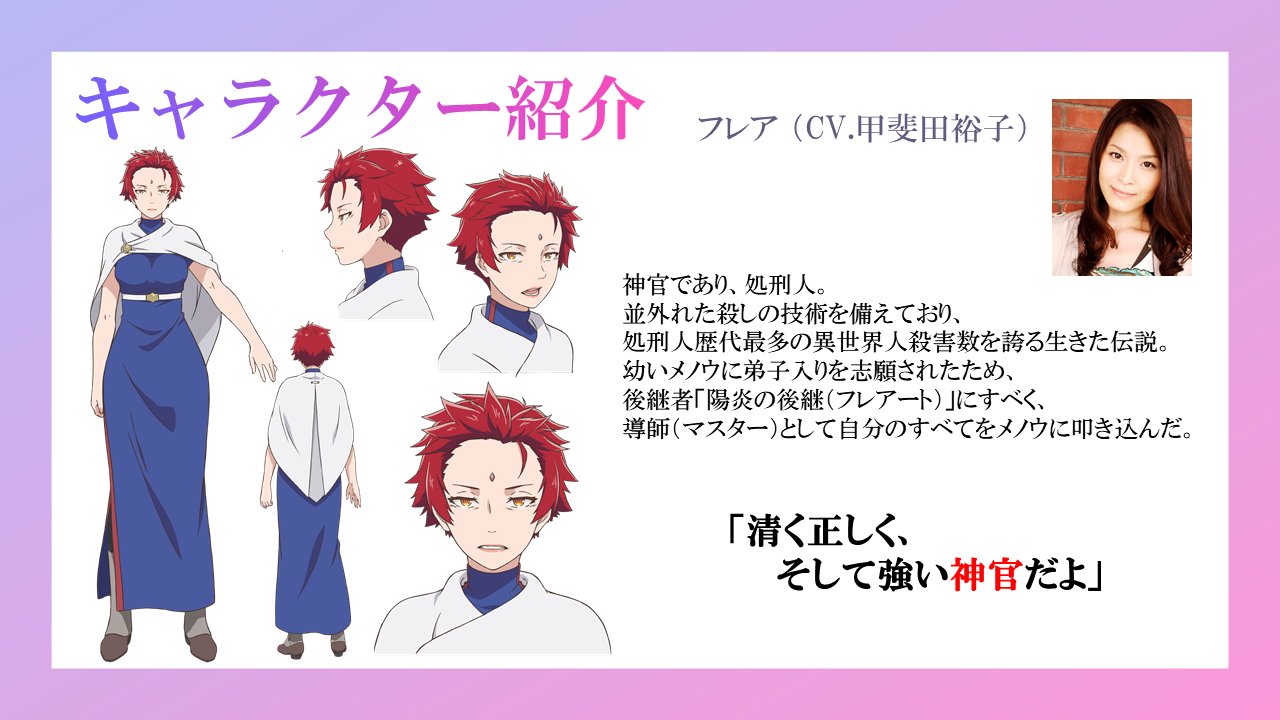 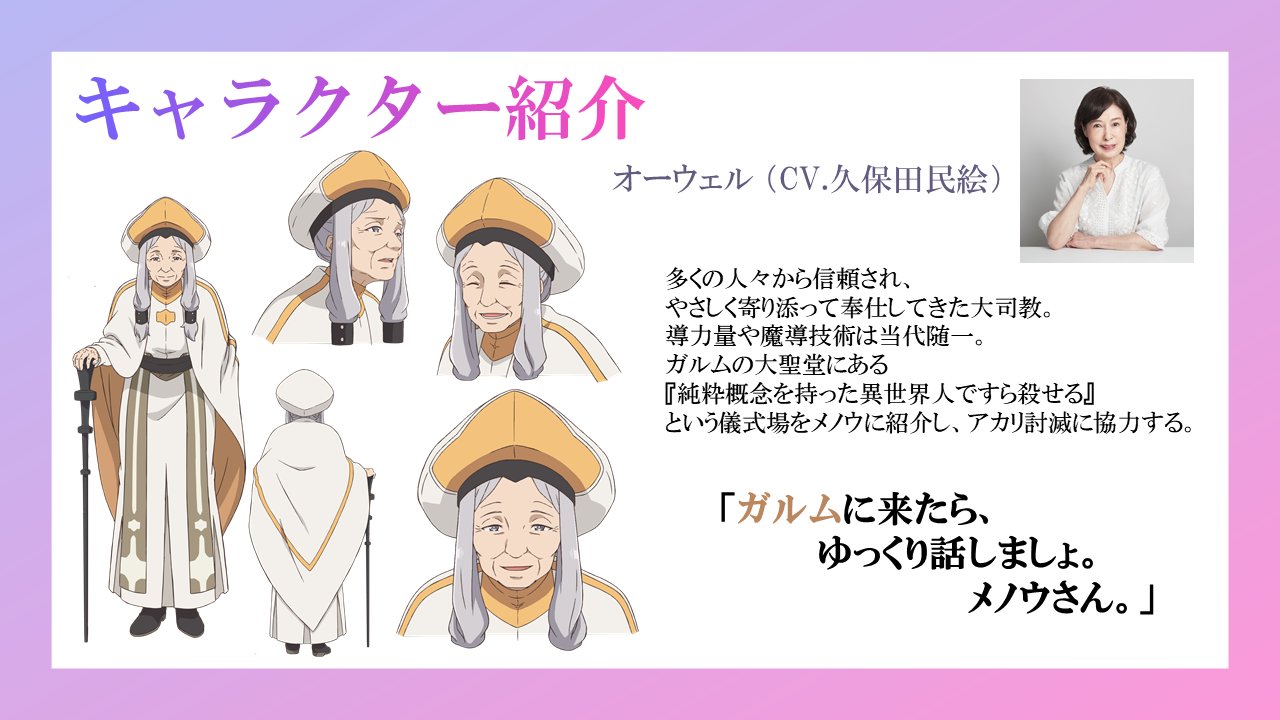 And Tamie Kubota as Orwell.

When interdimensional travelers from an otherworldly land known as “Japan” appear, they often bring death and destruction. It’s up to Executioners like Menou to track and exterminate the Lost Ones before they wreak havoc. When Menou encounters a beguiling Lost One named Akari, it’s bloody business as usual… until Menou discovers Akari can cheat death, that is. Even so, Menou has a job to do, and she is committed to her executioner’s mission come hell or high water — provided her newly stirring feelings don’t get in the way. 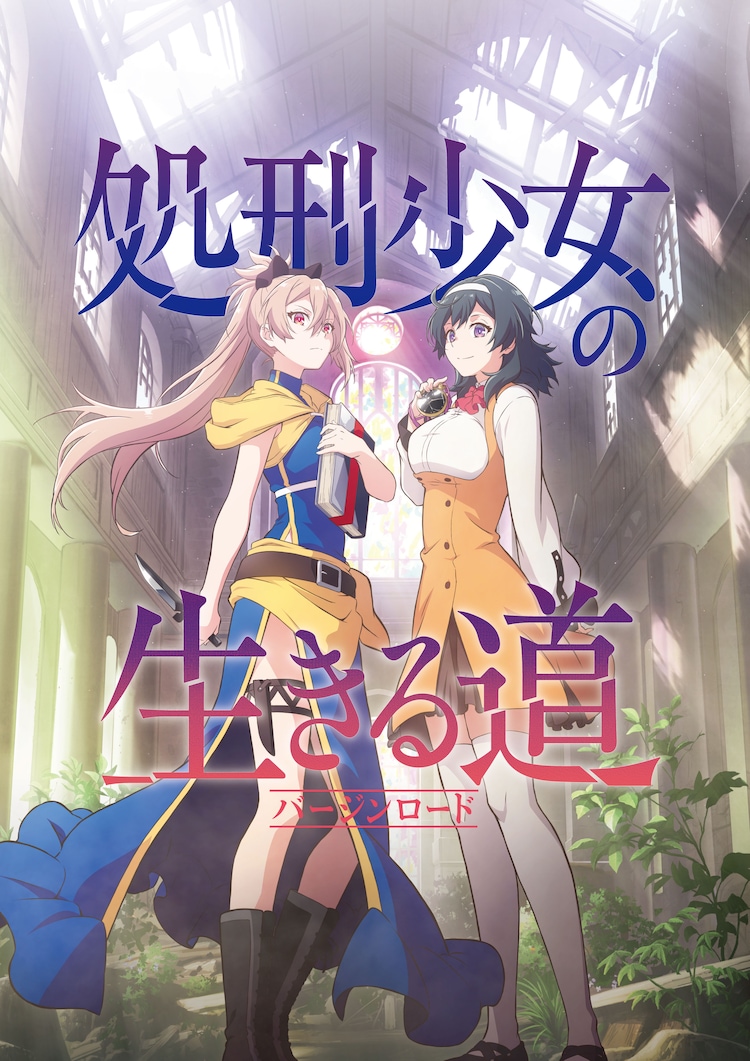