The MAPPA-produced prequel film opened to #2 in North America 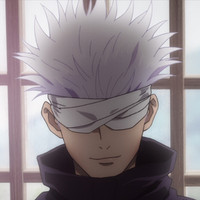 While JUJUTSU KAISEN 0 may have had a roaring start to its international rollout coming in second at the North American box office, in the film's homeland of Japan the film continues to rake in the yen, surpassing Jurassic Park to becoming the 20th highest-grossing film in Japan of all time. What's more, with its international release the MAPPA-produced prequel film is close to hitting the 10th highest-grossing anime film of all time worldwide.

In Japan, as of March 21, JUJUTSU KAISEN 0 has grossed more than 13 billion yen (US $112.60 million) on the back of 9.28 million tickets sold. This makes the film the 20th highest-grossing film in Japan of all time, just under Bohemian Rhapsody's 13.11 billion yen gross, which JUJUTSU KAISEN is surely to pass in the coming weeks.

In total worldwide, JUJUTSU KAISEN 0 has made an estimated US$143.65 million, just a little less than shy of two million dollars from Arrietty's worldwide total of US$145 million, the currently 10th highest-grossing anime film of all time worldwide. Next week, as the anime film opens in more European countries, it will be overtaking Arrietty and start nipping on the toes of Princess Mononoke.