The prequel film is currently in theaters around the world 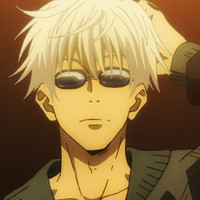 JUJUTSU KAISEN 0 continues to parade its prequel story to the main JUJUTSU KAISEN story around the world, delighting fans and newcomers alike. With the box office update in Japan today, along with the gains internationally, the film has been confirmed to be the 10th highest-grossing anime film of all time worldwide, pushing Studio Ghibli’s Arrietty out of the 10th spot.

As of March 27 in Japan, JUJUTSU KAISEN 0 has brought in 13.16 billion yen (US$113.88 million) on the back of 9.38 million tickets sold, closing in on the coveted 10 million tickets milestone. This makes the film the 19th highest-grossing film of all time in Japan, taking over Bohemian Rhapsody’s slot and now trailing very closely behind Frozen 2.