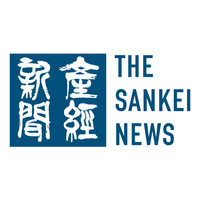 The judge presiding over the case said the crime was “a malicious act that promotes the sexual exploitation of children and is detrimental to the health of society,” but was only given a suspended sentence due to be affected social ramifications stemming from the crime. One of those ramifications was the Please tell me! Galko-chan manga taken down by Comic Walker in Japan and its physical releases in Japanese and English going out of print.

Suzuki released a statement in Japanese and English on his Twitter account saying he has “consistently admitted [his] guilt since the initial police interrogation” and “admitted the facts charged by the prosecution.”

The manga creator explained that he had “purchased and possessed these books between 2020 and 2021 for my own personal interest” and not as reference materials for his own manga. He is apparently “deeply ashamed of my own lack of awareness and shallow behavior.”

Regarding the recent arrest, indictment and trial (English version) pic.twitter.com/J2QPcZUhv1

40-year-old Kenya Suzuki is best known for the manga series Please tell me! Galko-chan. The manga inspired a TV anime adaptation in 2016.

Tags
kenya suzuki, please tell me! galko-chan
« Previous Post
INTERVIEW: The Voice Acting Talent Of Love of Kill
Next Post »
Call Of The Night Anime Adaptation Gets Another Teaser And Key Visual Focused On Akira Asai
Other Top News
16 Comments
Sort by: