The prequel film has surpassed US$170 million around the world 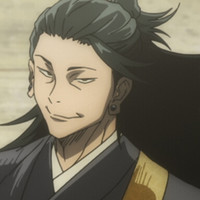 We noted in our last box office post for JUJUTSU KAISEN 0, after being in Japanese theaters since December and only getting a limited run on screens around the world, was finally slowing down its box office revenue but that hasn’t stopped the MAPPA-produced Sunghoo Park-directed prequel anime film from climbing the all-time charts in both it’s home country of Japan and around the world.

In Japan, JUJUTSU KAISEN 0 has reached 13.5 billion yen (US$119.08 million) at the box office, where it has joined Harry Potter and the Prisoner of Azkaban, Armageddon, and E.T. in the 15th spot on the Japanese highest-grossing films in the region of all time. With a little more juice left in the cursed energy milkshake, the film is likely to surpass its ranked buddies and drop them down to 16th place – though may be unlikely to overtake Tom Cruise’s 2003 film The Last Samurai in 14th place.

Because of moderate box office income still coming in from Japan and some other countries around the world where the film is still being played, JUJUTSU KAISEN 0 has now brought in over US$170 million at the worldwide box office. This has let JUJUTSU KAISEN overtake Hayao Miyazaki’s Princess Mononoke anime film to become the ninth highest-grossing anime film of all time around the world. It’ll be interesting to see if the MAPPA film has enough left in its tank to overtake Pokémon: The First Movie in the 8th slot.

Crunchyroll streamed the first season of the JUJUTSU KAISEN TV anime as it aired in Japan, later releasing an English dub for the series as well. Crunchyroll released the blockbuster prequel anime film JUJUTSU KAISEN 0 in North American theaters on March 18, with other territories throughout the months of March and April.