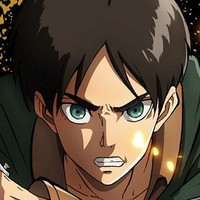 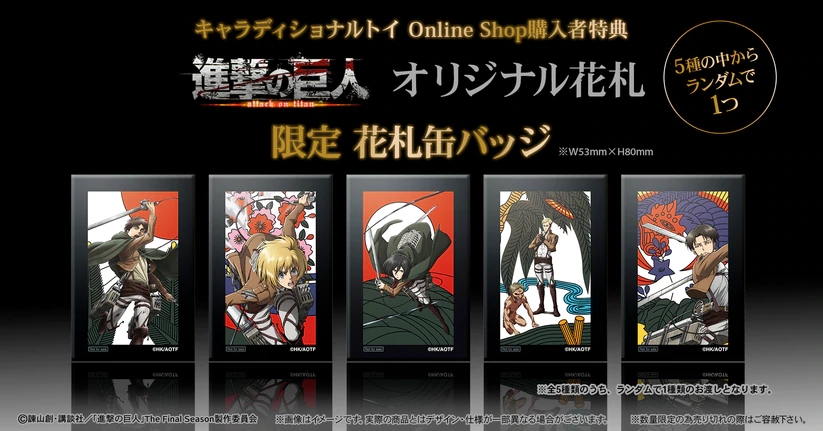 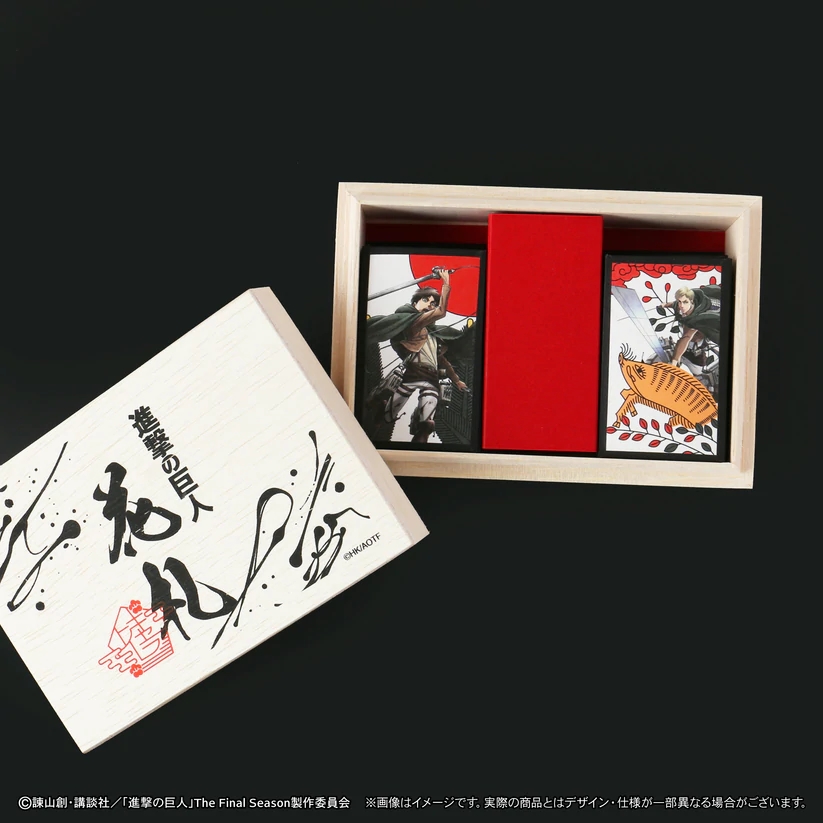 While hanafuda card decks are usually inexpensive, this particular set of 48 cards is a bit more expensive, owing to the care taken in manufacturing the cards using the same methods as traditional hanafuda manufacturing, with lots of illustration work on much thicker and smaller card stock glued on with traditional brushwork which leads to unique "warping" on the cards. 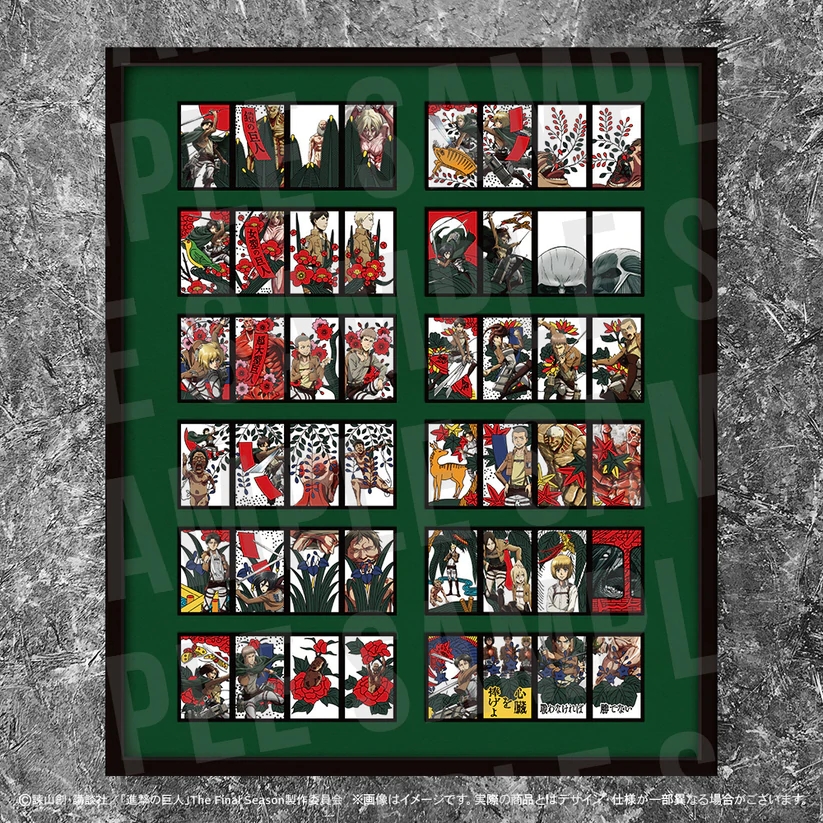 The set is available now for pre-order with a standard set for ¥3800 (USD$30) with a wooden storage case and available for international shipping, or if you're really wanting to show off, a framed version of the complete card set is also being offered as a collector's keepsake for ¥18,000 (USD$138), although that one is limited to Japan owing to shipping logistics.

Those that pre-order online will also receive one of five exclusive badges with exclusive art and the wooden box sets will start shipping by order first placed beginning in June, with the framed set shipping later this year.  Attack on Titan Final Season Part 3 is scheduled for sometime in 2023.