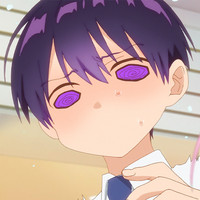 The production committee for the Shikimori's Not Just a Cutie TV anime announced through the show's website tonight that the series will be seeing some episode delays due to the previously reported closure of anime studio Doga Kobo from from April 6 to April 17 from a mass outbreak of COVID-19 infections between staff members. The website confirms the schedule of each episode going forward including two special programs on May 21 and June 11 that will air in place of the anime.

Here is the current schedule for future Shikimori's Not Just a Cutie TV anime broadcasts (skipped weeks are highlighted in italics):

RELATED: Shikimori Herself Hijacks Akihabara in Biggest One Character Takeover in History

Shikimori's Not Just a Cutie streams on Crunchyroll as it airs in Japan, with Ryota Ito (My Senpai Is Annoying) directing the TV anime adaptation of Keigo Maki's romantic-comedy manga at Doga Kobo. Crunchyroll describes the series as such: