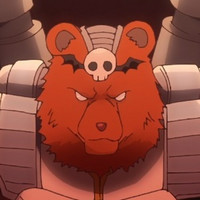 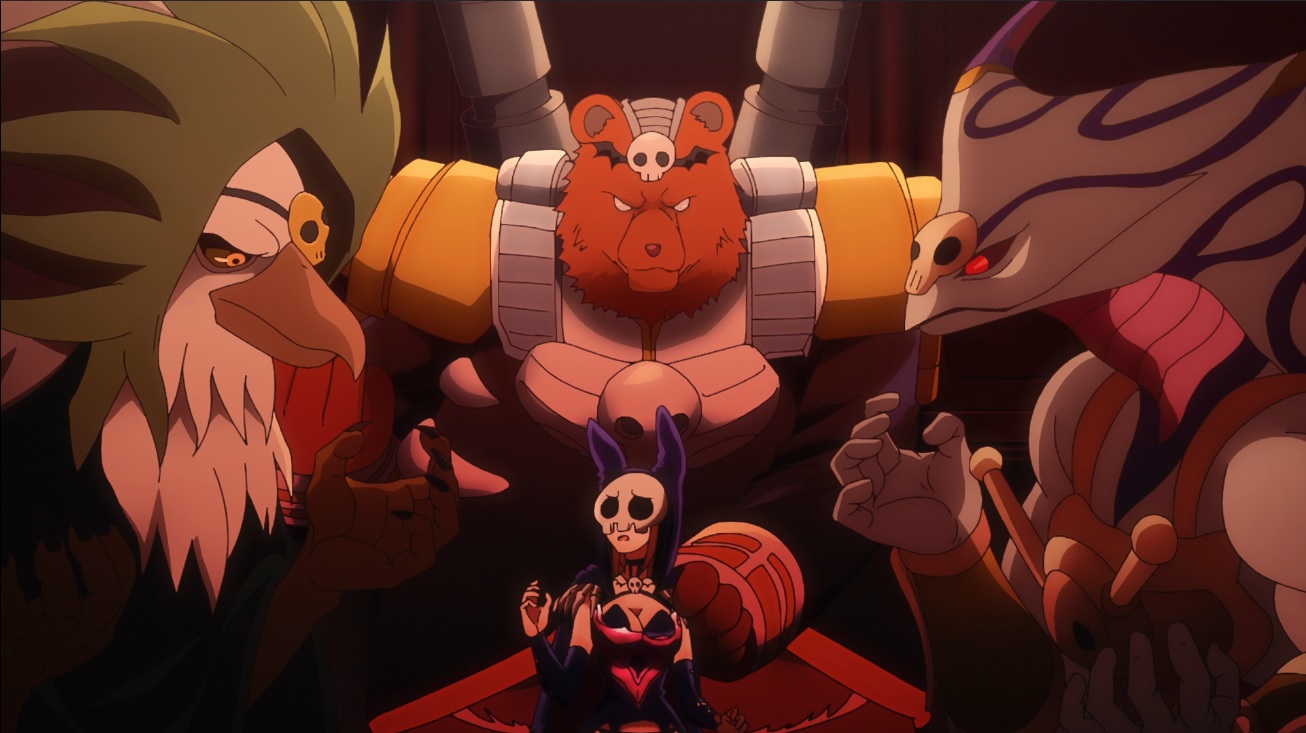 Even monstrous henchmen deserve a chance in the spotlight, and now a special version of the opening animation sequence featuring the dulcet tones of Culverin Bear (CV: Hiroki Yasumoto) has been published for the Love After World Domination TV anime.

The original Love After World Domination manga is written by Hiroshi Noda, illustrated by Takahiro Wakamatsu, and published in Japan by Kodansha in their Monthly Shōnen Magazine magazine. An English language version is also available from Kodansha USA. Crunchyroll describes the story of the series as follows:

It’s love at first sight for Fudo and Desumi, except it was during a battle of life and death. Fudo, leader of the hero squad Gelato 5, and Desumi, the Death Queen of the evil society Gekko, have found themselves caught in a forbidden love—and it’s their first relationship! Moving in secrecy, they live holding hands with one weapon in the other, finding out what’s truly fair in love and war. 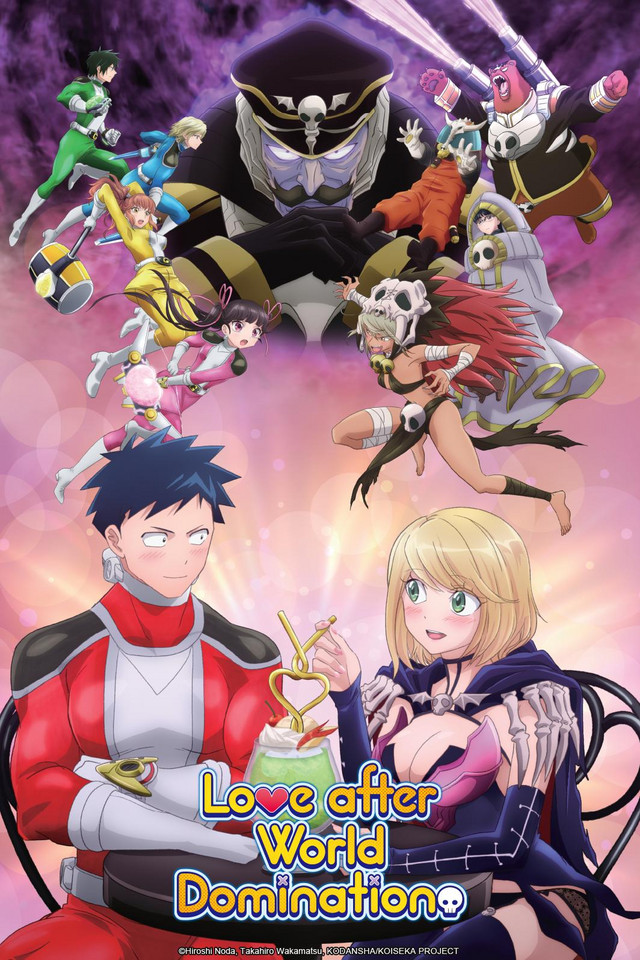 The Love After World Domination TV anime is directed by Kazuya Iwata and features animation productions by project No. 9. The series is currently broadcasting in Japan on AT-X, TOKYO MX, BS Asahi, and TV Aichi, and it is also available via streaming on Crunchyroll as part of the spring 2022 anime simulcast lineup.