The stage event will be held on May 29 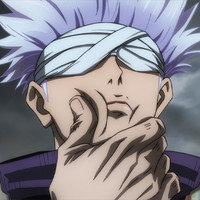 Toho announced today that the biggest film of the year, JUJUTSU KAISEN 0, will be getting one final stage event on the film's last day to cap off its blockbuster run in Japanese theaters where it has made more than 13.64 billion yen (US$120.15 million). The event itself will be held at Toho Cinema Shinjuku on May 29 after the 1 PM screening of the film, as well as be live-streamed into 342 theaters across Japan.

Crunchyroll streamed the first season of the JUJUTSU KAISEN TV anime as it aired in Japan, later releasing an English dub for the series as well. Crunchyroll released the blockbuster prequel anime film JUJUTSU KAISEN 0 in North American theaters on March 18, with other territories throughout the following months.