The latest game in the Fairy Fencer franchise is arriving in Japan on September 15. 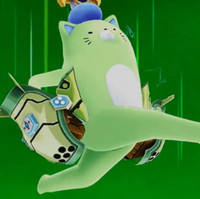 Developer Sting and publisher Compile Heart have released the first trailer for Fairy Fencer F: Refrain Chord, as well as new information regarding its story and gameplay. The game is set to release on September 15 in Japan for PS4, PS5, and Nintendo Switch.

The game follows a young man named Fang who can wield special fairy weapons called Furies. With his companions, he goes on a quest to find more Furies in order to resurrect the Goddess, who perished in a war with the Vile God.

Currently, there are no announcements on bringing the game to audiences outside of Japan, although it's worth noting that the previous Fairy Fencer F games were localized.