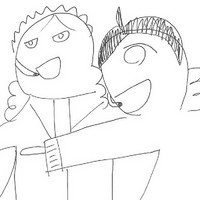 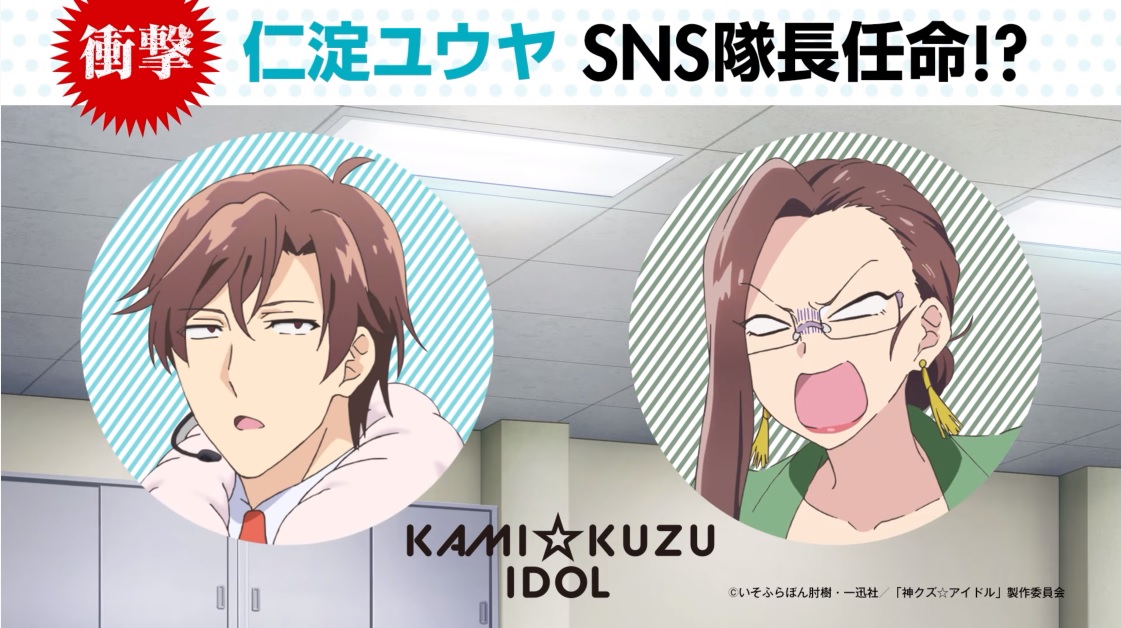 Letting your unmotivated lead singer remodel the website has disastrous results, because a new key visual, a new audio drama, and a limited time official website redesign have all been revealed for Phantom of the Idol (known in Japan as Kami-kuzu Idol), an upcoming TV anime based on the supernatural comedy manga by Hijiki Isoflavone about a listless male singer who becomes more motivated when he is possessed by the ghost of a deceased female idol singer.

In the voice drama (below), Hitomi Shinano (CV: Eri Kitamura) chides her subordinate Yuya Niyodo (CV: Fumiya Imai) for lacking motivation and orders him to work on his social media skills and redo the band's website. The new key visual (below) is drawn in-character by voice actor Fumiya Imai as Yuya Niyodo and along with the redesigned website represents the results of Yuya's efforts.

RELATED: Singers Are In High Spirits in Phantom of the Idol TV Anime Trailer PV

Yuya, one half of the boy pop duo ZINGS, may be the laziest performer in the Japanese music industry. His partner is out there giving 110% every night, but Yuya’s sloppy dancing and his frankly hostile attitude toward the audience has the fans hating him and his agent looking for any excuse to cut him loose. The career of a pop idol just isn’t the path of easy leisure Yuya expected…

After a particularly lifeless concert appearance, Yuya meets a girl backstage. All she wants from life is to perform. There’s just one problem: She’s been dead for a year. 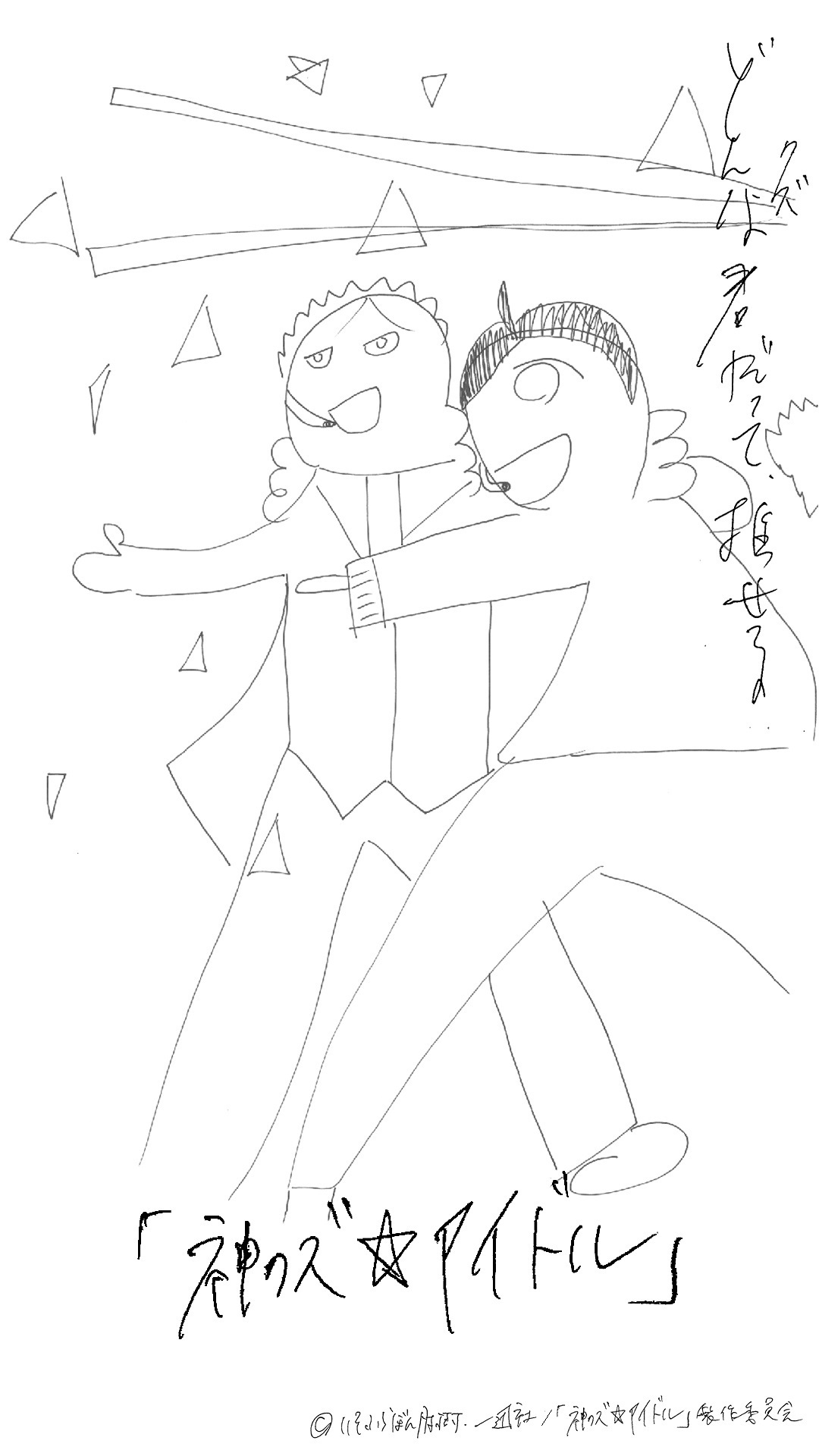 The Phantom of the Idol TV anime is directed by Daisei Fukuoka and features animation production by Studio Gokumi. The series is scheduled to broadcast in Japan beginning in July of 2022.

HIDIVE Adds Phantom of the Idol to Summer 2022 Streaming Schedule