Theatrical release hits Japan this September, with Disney+ to stream it in six episodes 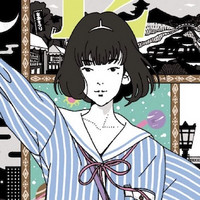 A new teaser trailer has arrived for Tatami Time Machine Blues, the anime sequel to The Tatami Galaxy, revealing the theme song along with some more footage ahead of its theatrical premiere in Japan. The anime will have ASIAN KUNG-FU GENERATION performing a theme song titled "Demachiyanagi Parallel Universe," and you can hear a sample in the latest preview.

Check it out below while we wait for the Japanese theatrical debut this September, along with an episodic stream on Disney+.

The episodic version of Tatami Time Machine Blues, which is based on the novel written by Tomihiko and Makoto Ueda and illustrated by Yusuke Nakamura, will also feature an exclusive story not seen in the theatrical version. The anime is being directed by Sonny Boy director Shingo Natsume at Science SARU.

Tatami Time Machine Blues will be streamed on Disney+ around the world.