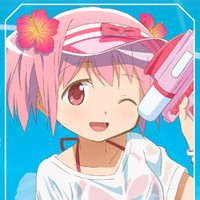 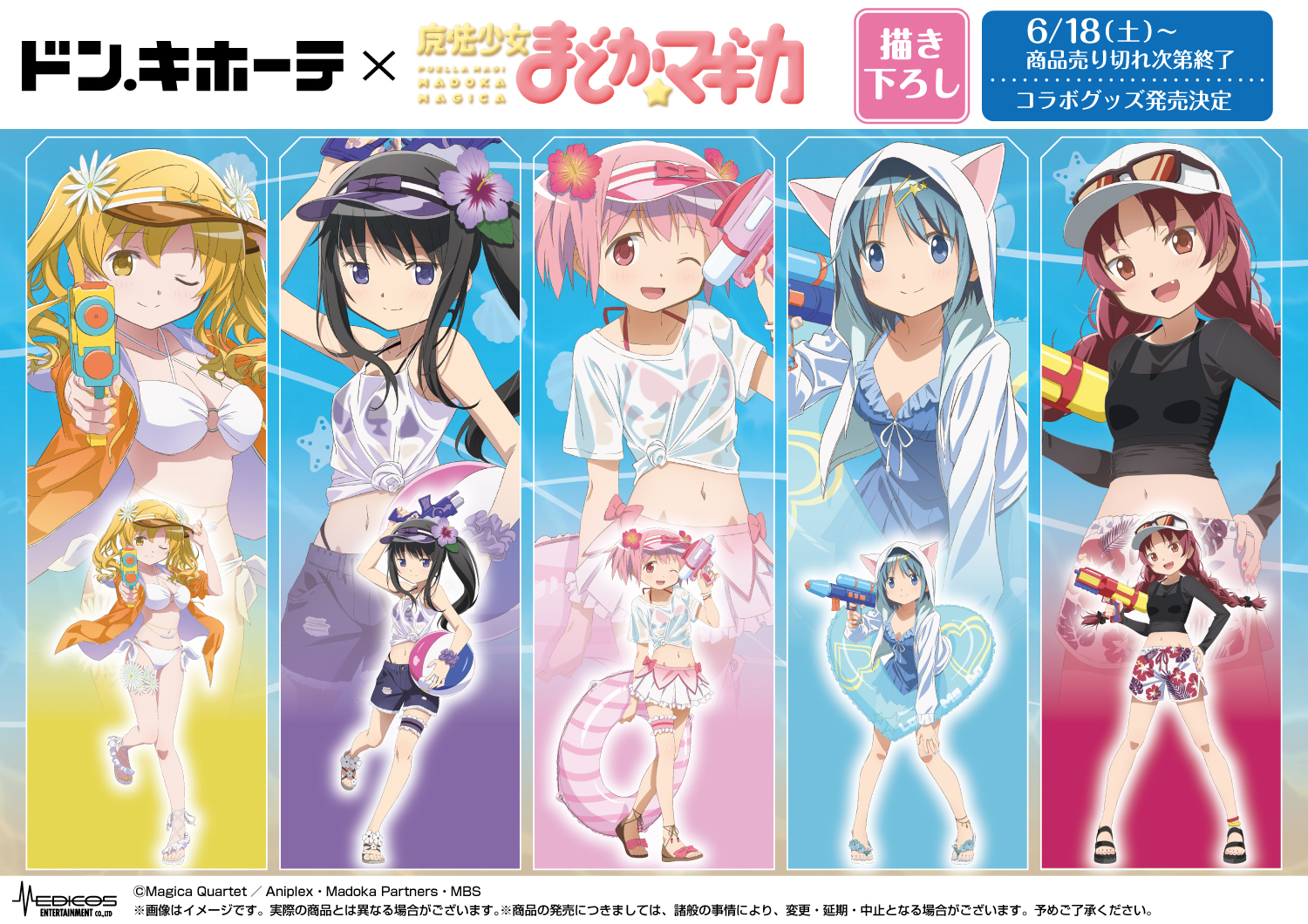 A new visual of Mami, Homura, Madoka, Sayaka and Kyoko in their beach attire was released (and can be seen above), which inspires a range of goods featuring the characters that are available in Don Quijote stores all over Japan.

Some of the goods in question: 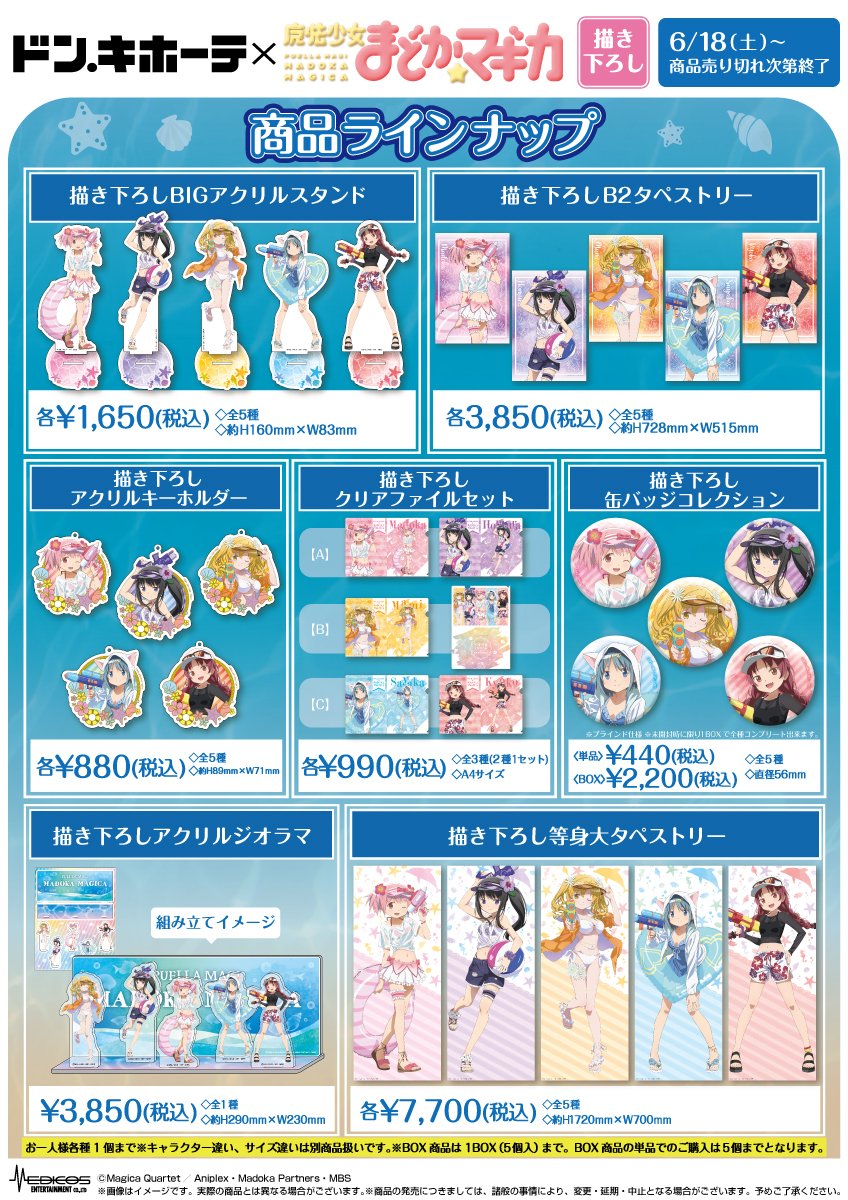 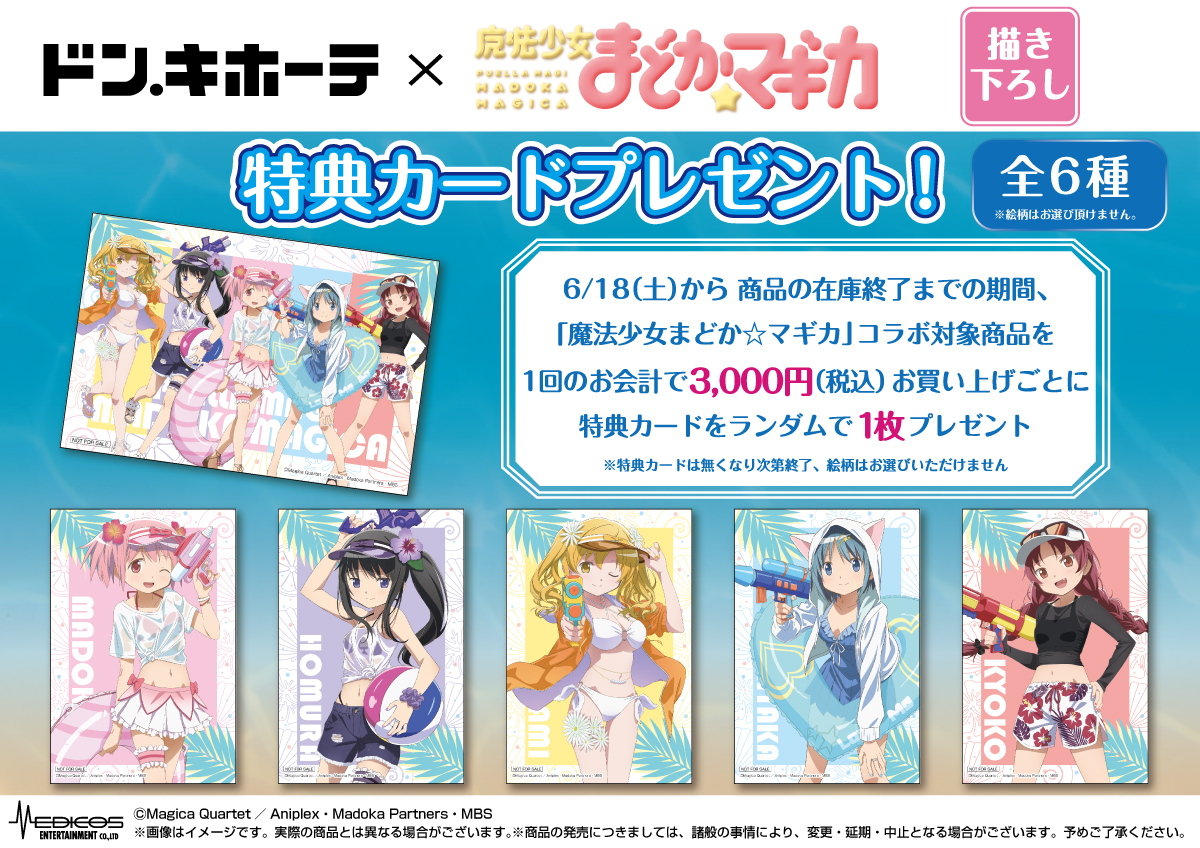 The Don Quijote x Puella Magi Madoka Magica collaboration begins on June 18 in Japan and runs until July 10 or until stock runs out. The Sakae Sanchome store in Nagoya will not only have the goods for sale but a photo spot featuring standees of the Holy Quintet in their beach attire will be erected in the store during the same period.