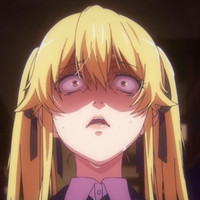 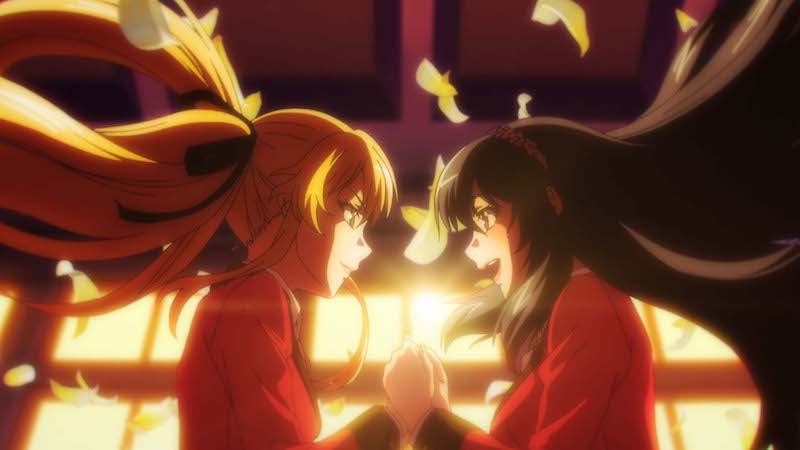 Following the live-action series, the next stop for Kakegurui Twin—the spinoff of Homura Kawamoto and Toru Naomura's Kakegurui gambling manga—is an anime adaptation, and a bunch of details have been revealed. The series is coming to Netflix on August 4, and you can see a new promo and key visual below, followed by a look at the cast and staff making it all happen.

RELATED: Netflix Announces Its 2021/2022 Anime Slate With a Few Surprises

Check out the trailer—which features the "Queen's Bluff" ending theme song by i☆Ris—below. 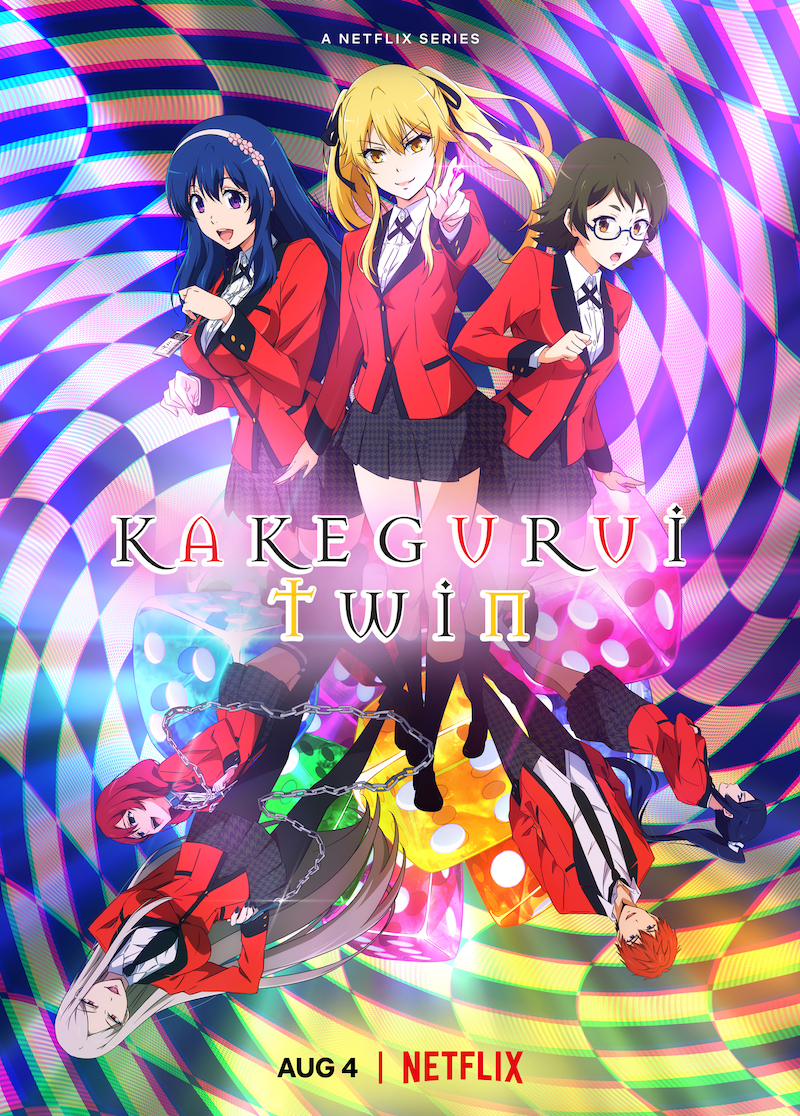 Here's how Netflix describes it:

This series tells the story of Mary Saotome’s gambling feats one year before Yumeko Jabami transferred to her school. The story begins with Mary Saotome, a normal girl, entering the academy.