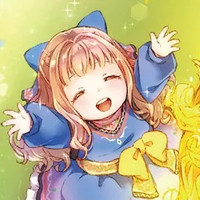 Good news for fans of all things fluffy and fantastical: Isekai de Mofumofu Nadenade Suru Tame ni Ganbattemasu ("I'm Doing My Best to Pet Fluffy Things in Another World"), a fantasy light novel series written by Himawari and illustrated by Kirouran about a woman who reincarnates in a magical world with the ability to be loved by animals, is being adapted into an anime.

The announcement coincides with the publication of Volume 13 of the series, which was released in Japan by Futabasha on July 08, 2022. Yuriko Takagami, the illustrator for the manga adaptation of the series which is published in Futabasha's Gaugau Monster magazine, celebrates the announcement with a new illustration (below).

No further details about the anime adaptation have yet been revealed.

An English language version of Isekai de Mofumofu Nadenade Tsuru Tame ni Ganbattemasu is published on the Coolmic smart phone app under the title Fluffy Paradise. Coolmic describes the story of the series as follows:

After various things happened, I got an ability from God and reincarnated to another world! While being watched over by my high-spec family, the super ordinary me fully enjoyed other world life. Using the ability I received from God, I had a daily life of just fluffing and petting fantasy animals. There are some shady movements too, but while being led by the nose by God, I’ll do my best at various things with my cheat-like comrades!