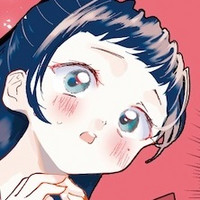 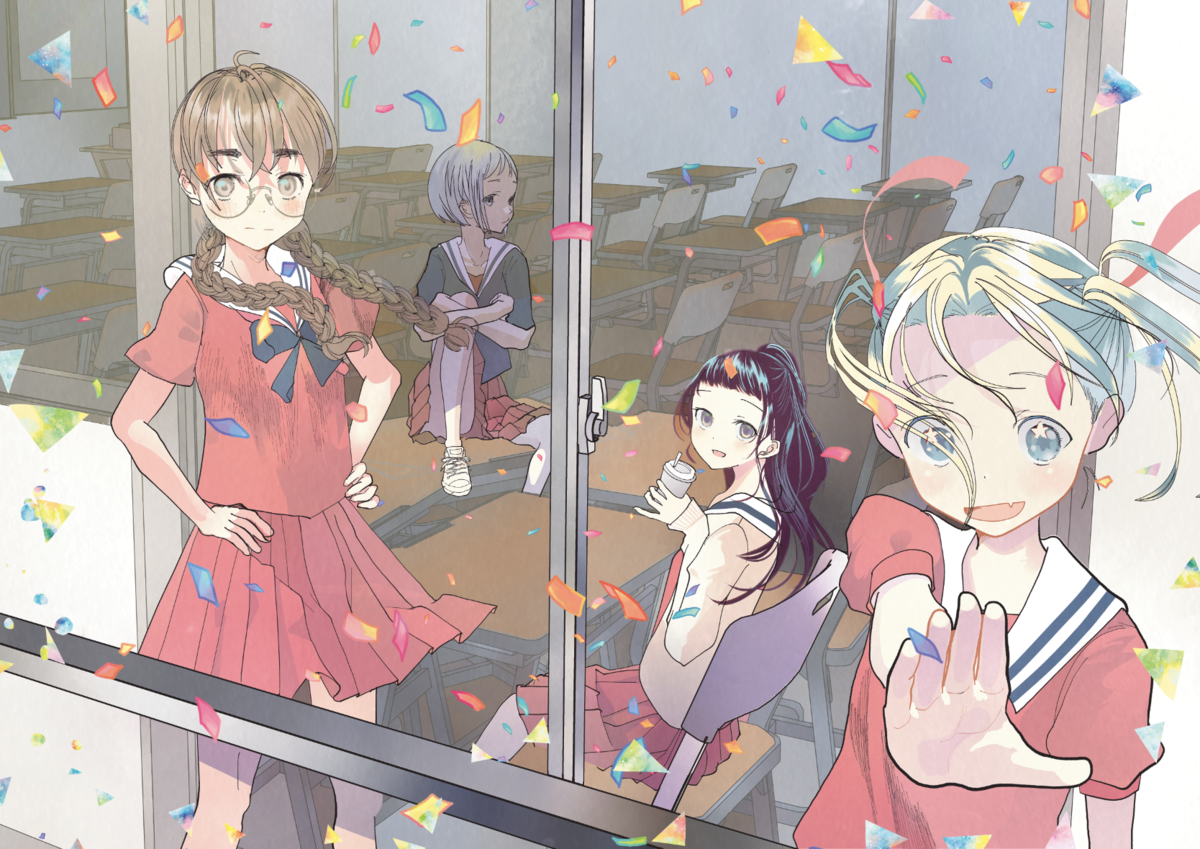 The opening theme song has been revealed for 4-nin wa Sorezore Uso wo Tsuku ("Four People That All Lie In Their Own Way"), an upcoming TV anime based on the comedy manga by Madoka Kashihara about a group of 4 seemingly ordinary high school girls that are each concealing a ridiculous secret.

The story of 4-nin wa Sorezore Uso wo Tsuku follows the ordinary high school days of four girls - Rikka, Chiyo, Sekine, and Tsubasa - who are best friends and who attend an all-girls school together. However, each girl has a ridiculous secret: Rikka is an extraterrestrial invader, Chiyo is a runaway shinobi, Sekine has psychic powers, and Tsubasa is actually a cross-dressing boy who has swapped identities with his twin sister so that she can attend an all-boys school alongside her favorite idol singer. 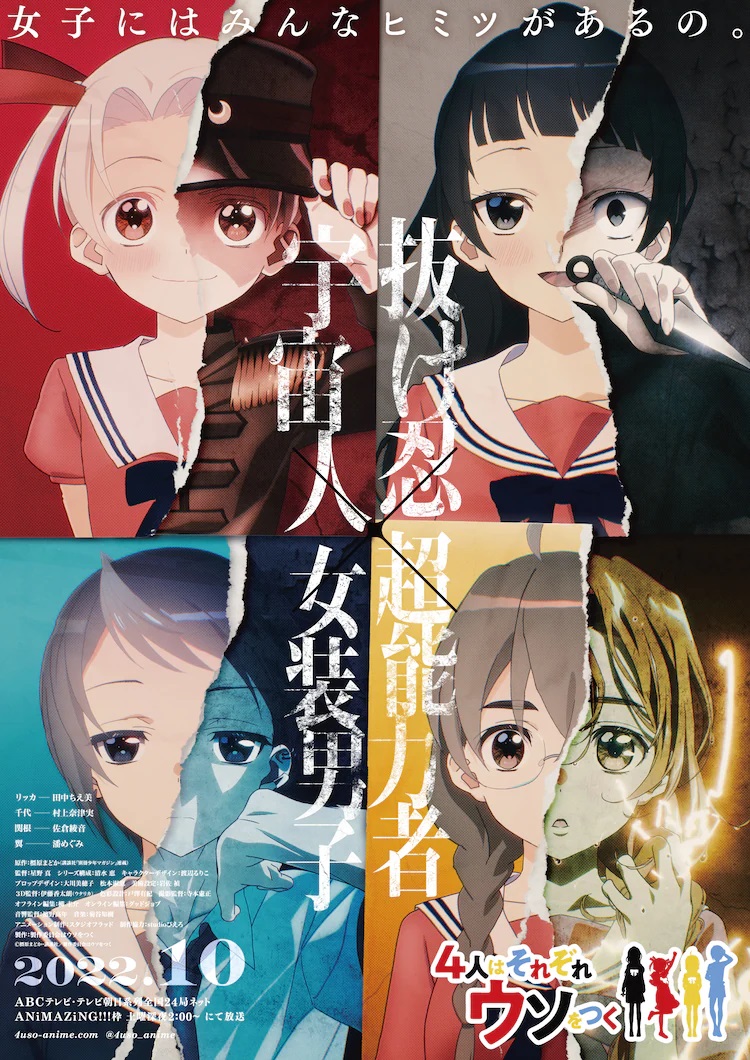 The 4-nin wa Sorezore Uso wo Tsuku TV anime is directed by Makoto Hoshino and features animation production by studio flad with assistance by Studio Pierrot. The series will broadcast as part of the Asahi Broadcasting Corporation / TV Asahi "ANiMAZiNG!!!" programming block beginning in October of 2022.

Copyright notice: © Madoka Kashihara・Kodansha / The Production Committee Lies In Its Own Way

QUIZ: What’s Your Rank in Welcome to Demon School! Iruma-kun?