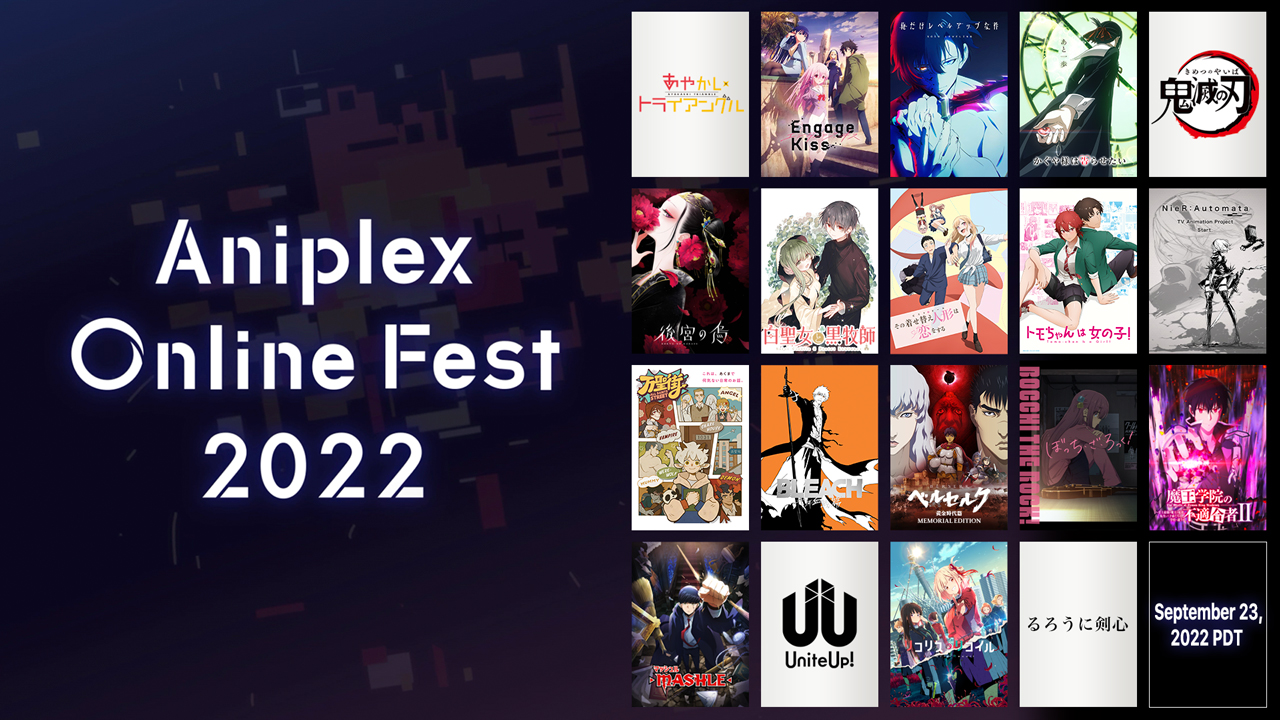 Aniplex Online Fest 2022 is back for another year and with online events going in-person, the production company is following suit by bringing their festival to the PACIFICO Yokohama National Convention Hall on September 23 alongside the online stream. Aniplex announced the news today alongside the line-up of franchises that will be showcased at the event in a new promotional video.

Narrating the English version of the video is none other than Johnny Yong Bosch, who voices Ichigo Kurosaki in BLEACH. The Japanese version is similarly narrated by the Japanese voice actor for Ichigo, Masakazu Morita.

Here is the full line-up that will be at Aniplex Online Fest 2022 that will get new information:

Aniplex Online Fest 2022 will be held both online on YouTube and in-person in Yokohama on September 23 at 8 PM Pacific Time. The event was originally announced to be held on September 24, but the press release notes that the timing for English audiences is one day before.