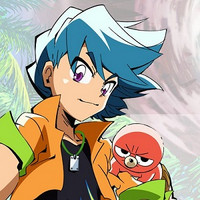 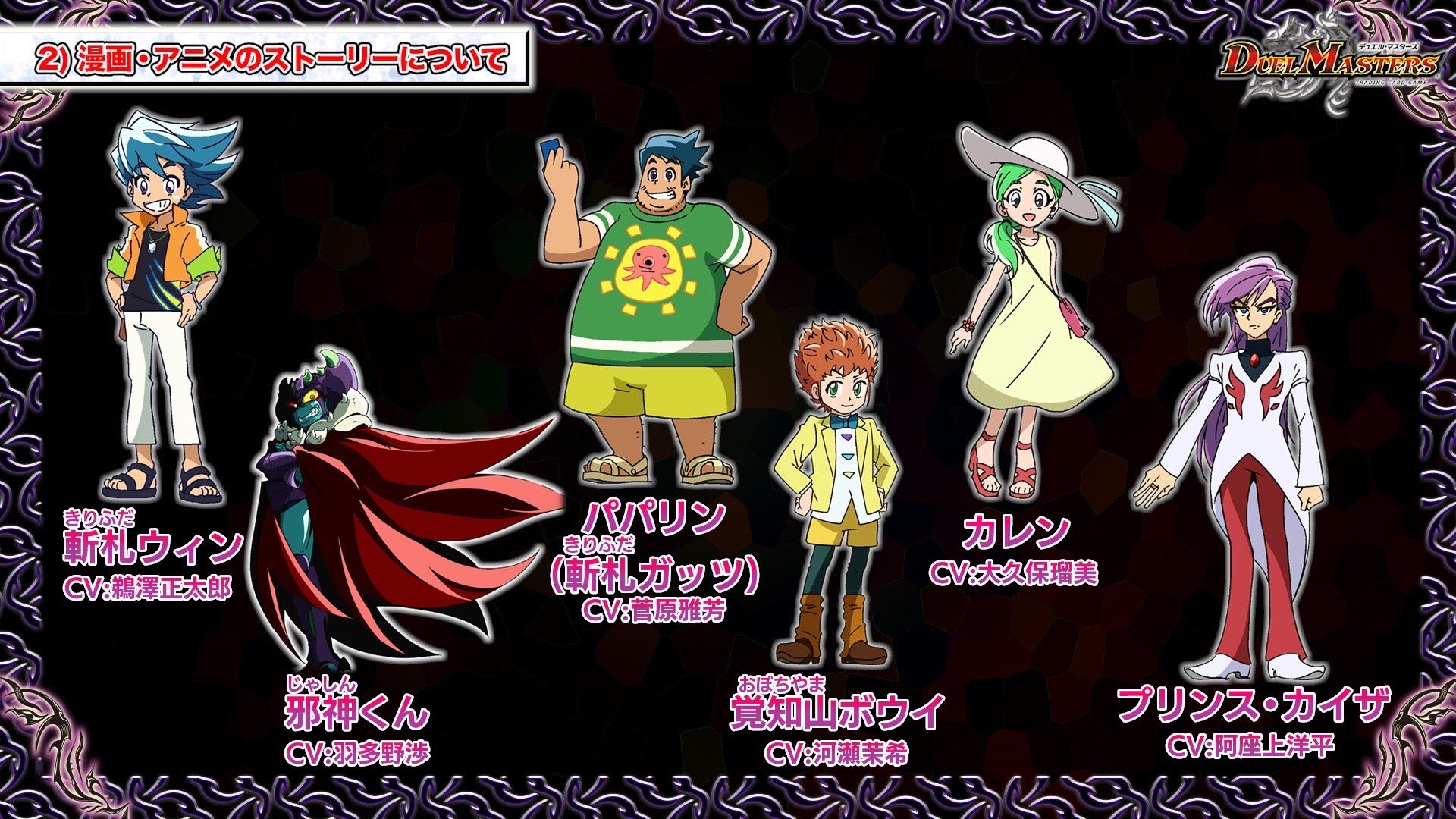 Duel Masters WIN, the latest animated installment in the popular Duel Masters children's card battle mixed media franchise, kicks off in Japan in September, and now the main cast and the opening and ending theme song performers have been revealed for the series. The main cast (pictured above) for Duel Masters WIN includes: 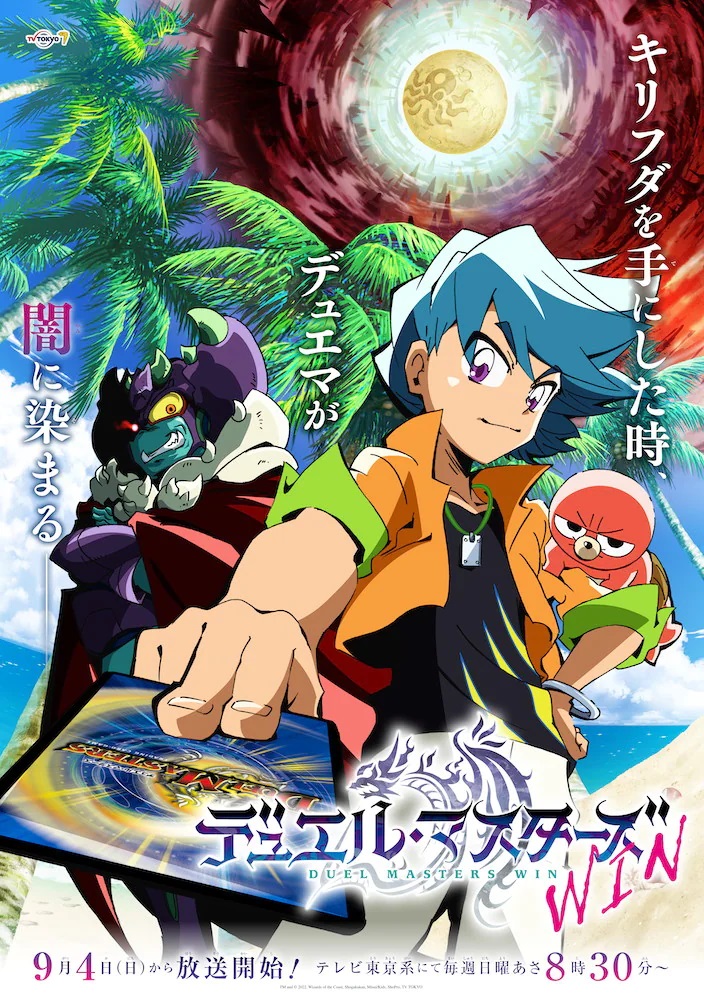 The story of Duel Masters WIN focuses on the adventures of Win Kirifuda, a somewhat naive and innocent boy who loves the Duel Masters game and wields a Darkness Civilization deck, and his partner, Jashin-kun. The series has a "positive and negative" motiff. Duel Masters WIN will broadcast in Japan on TV TOKYO on Sundays during the 8:30 time slot beginning on September 04, 2022.