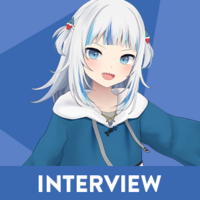 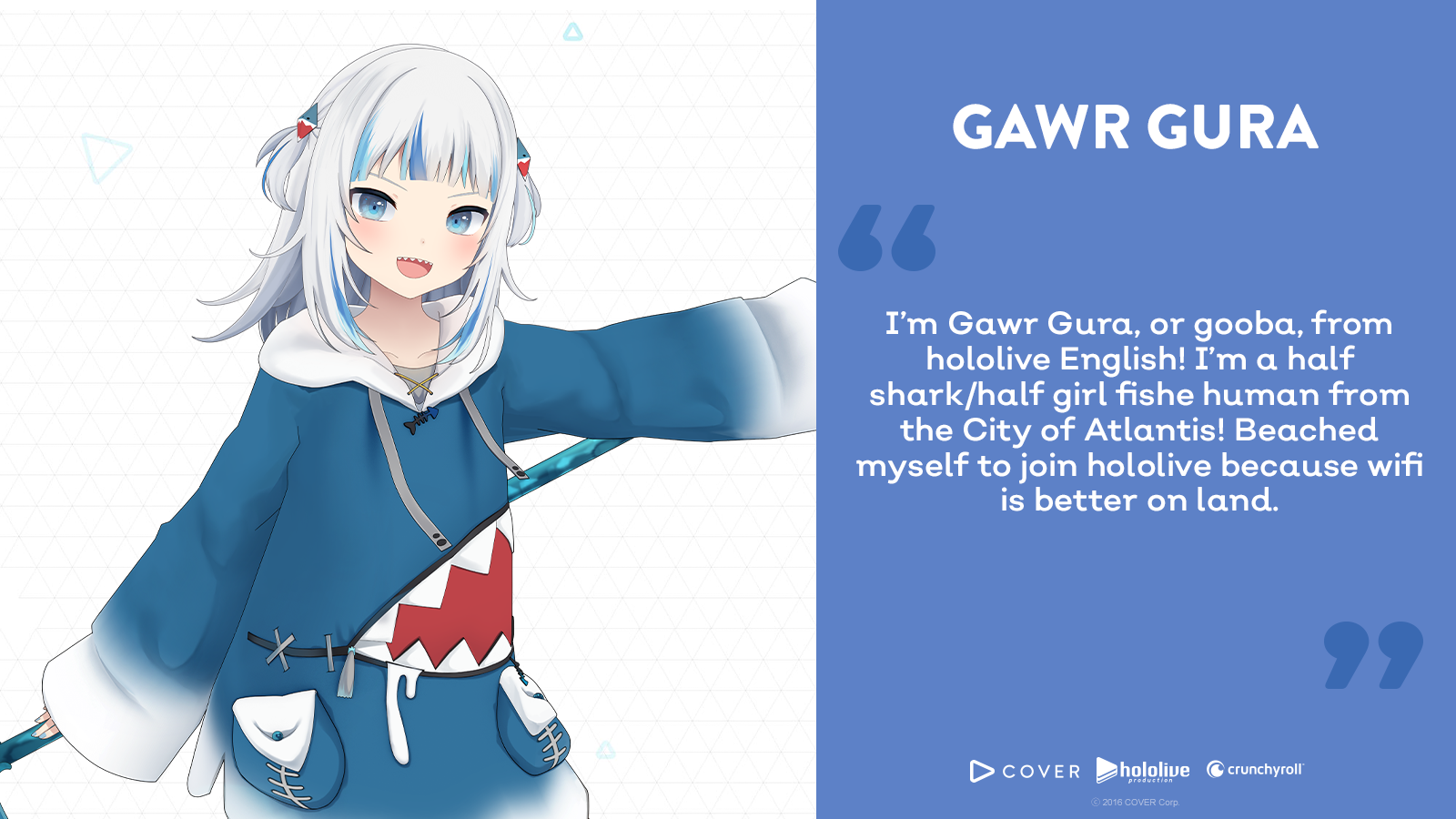 This interview is part of our series of articles and interviews with hololive VTubers IRyS and the members of  -Myth-! This series includes interviews and recommendation lists from some of the world's most well known VTubers. You can see all of the upcoming articles below! 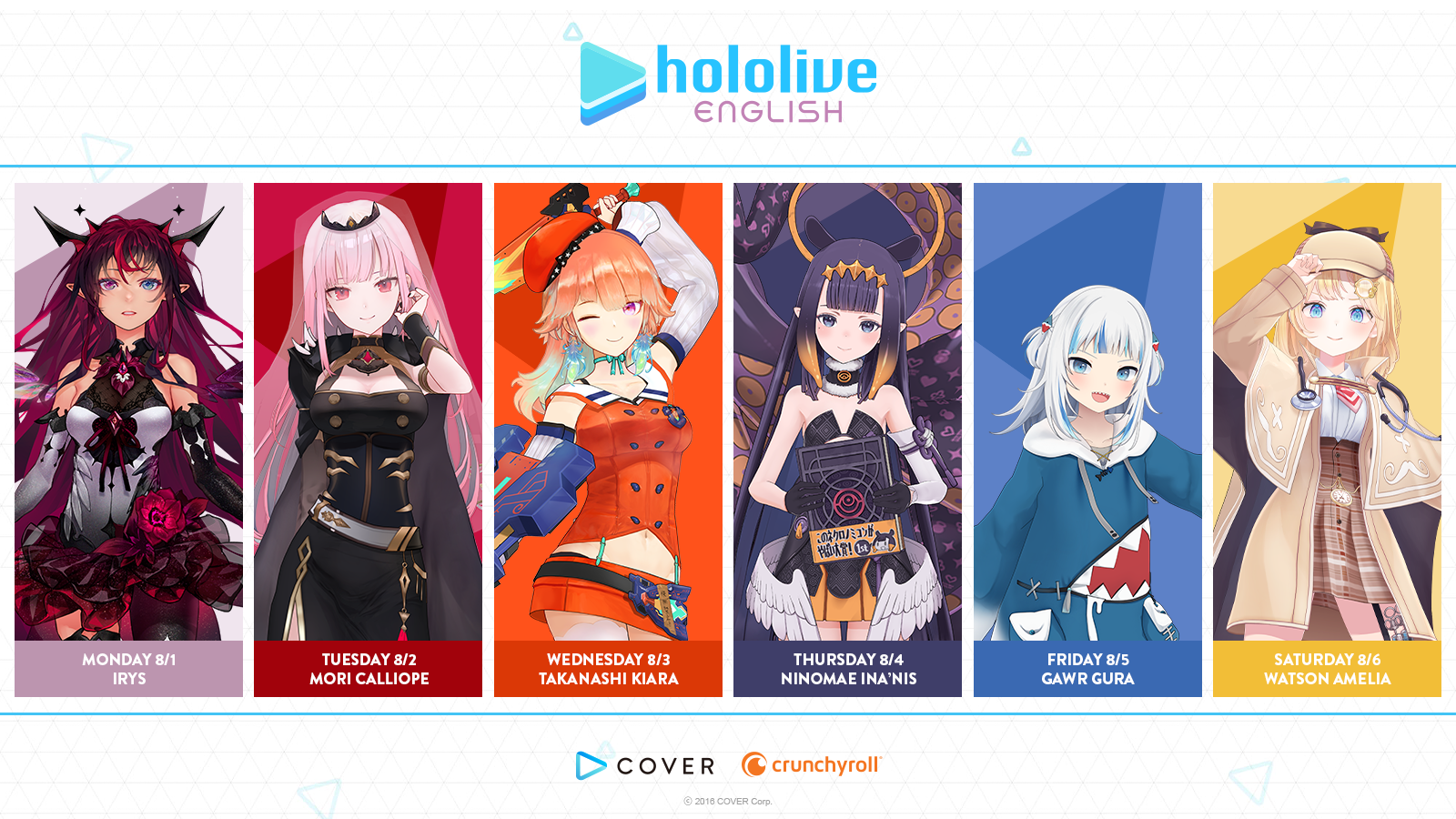 Fish folks, you won’t want to miss this one, because today I'm joined by the nautical overlord herself - Gawr Gura.

In case you didn’t know, the advent of VTubers has taken the world by storm. Gura here just so happens to be at the tippity top. A charming personality plus a passion for hobbies that many of us share, make for an entertaining force to be reckoned with. 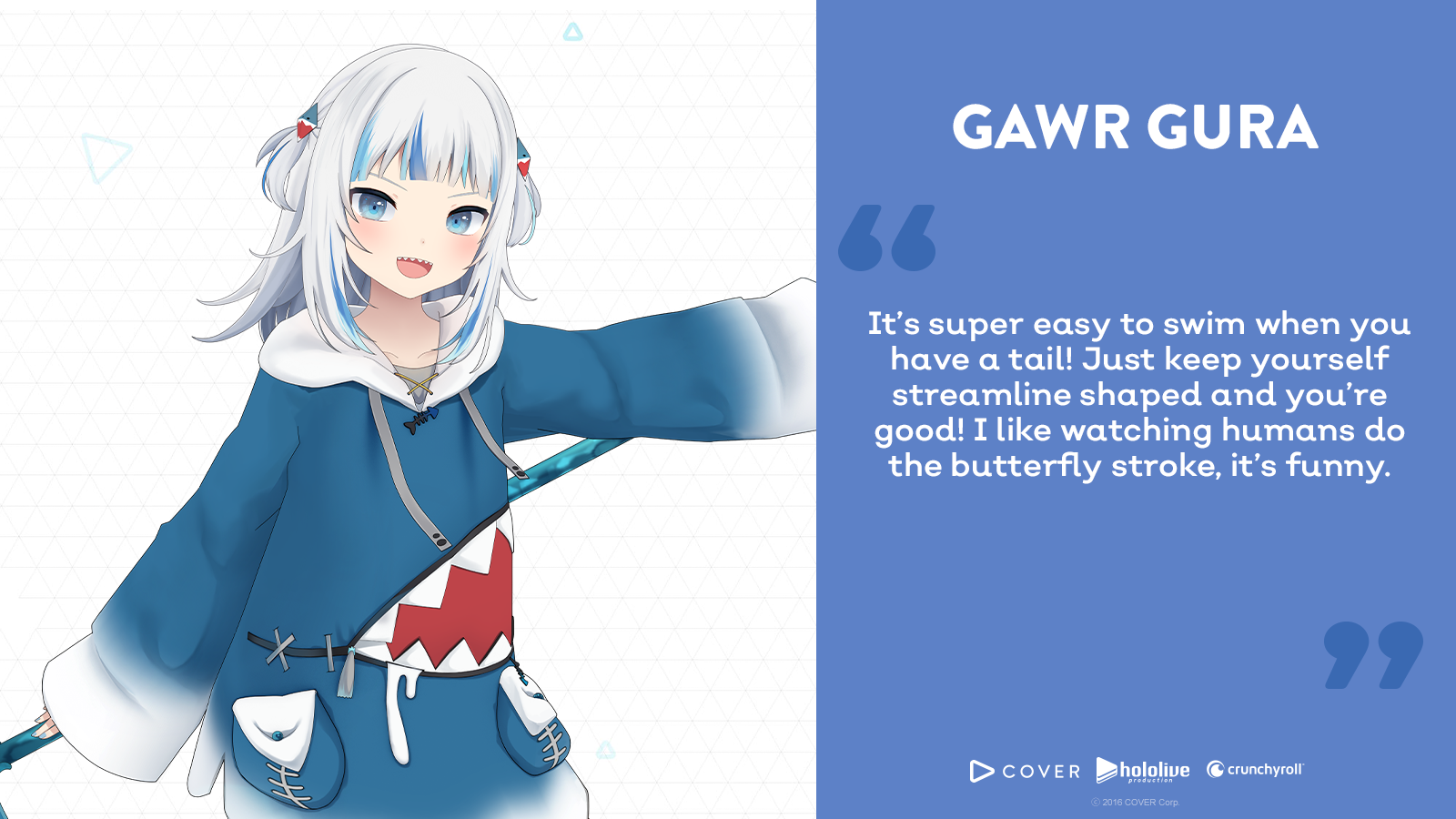 Crunchyroll: To kick things off, can you please introduce yourself?

Gawr Gura: Domo! Same desu! I’m Gawr Gura, or gooba, from hololive English! I’m a half shark/half girl fishe human from the City of Atlantis! Beached myself to join hololive because wifi is better on land.

Whether you’re streaming, or taking a day off, how do you start your mornings?

Gura: Slam my finger down on the coffee machine power button. I take an espresso with just enough oat milk to take the acidic edge off.

From debut to the present, how would you describe your journey as a VTuber?

Gura: GAS GAS GAS IM GONNA STEP ON THE GAS — a fast roller coaster ride. I’ve learnt a lot though and I’ll take what I've learned with me wherever I go next!

Is there anything (big or small) that you would change about that journey?

Gura: Oh yeah! If I could yes, but I can’t. I think it’s to be expected though. It was such a fast ride into the unknown that now that I look back at it, lots could have gone differently. But altering the timeline then might have not yielded the same results as we have now!!

What’s your swimming style of choice? Are you a doggy paddler … or more of a butterfly stroke person?

Gura: It’s super easy to swim when you have a tail! Just keep yourself streamline shaped and you’re good! I like watching humans do the butterfly stroke, it’s funny.

Does your power level double during Shark Week? Slide us your favorite shark fact.

Gura: I keep my power level contained as it’s for the better, actually! But my favorite shark fact recently is that shark skin, the rough sandpaper-y stuff, is made up of V-shaped scales called denticles!

Should marine biology be taught in schools? I'd study “hydrodynamics” in a heartbeat.

Do you have a favorite stream moment of all time?

Like many streamers, do you ever experience burnout? How do you combat it?

Gura: I go outside! I stop streaming!

Your hit song “REFLECT” is so beautiful, and something to be proud of. Not only that, but it’s loaded with topics that many can empathize with. What sort of feeling or message did you want listeners to take from the song?

Gura: Hm, I always thought I knew exactly what message I had, but after its release I saw many people interpret the message differently. So much so, I started to question myself about it. So really, the take home is however you interpret it.

In the past you’ve stated that ‘humans don’t taste good, so your viewers don’t have to worry, but… HOW DO YOU KNOW THAT??? …what exactly do they taste like? (asking for a friend)

Gura: Ah! Humans leave lots of tasty specimens in the ocean. Skin shed particles and other.. bodily fluids. Neither of those taste very good. I like to imagine the rest of ya tastes like a good roast... or a steak... but I won’t know until I get a good bite.

What tips would you give to any aspiring Vtubers/streamers?

Gura: Stream what you like!! If you’re having fun, so will a potential viewer!

Lastly, can you give us a parting message to the fans of Gawr Gura?

Gura: To my Chumbies and Shrimps, Thank you guys as always! You da best! 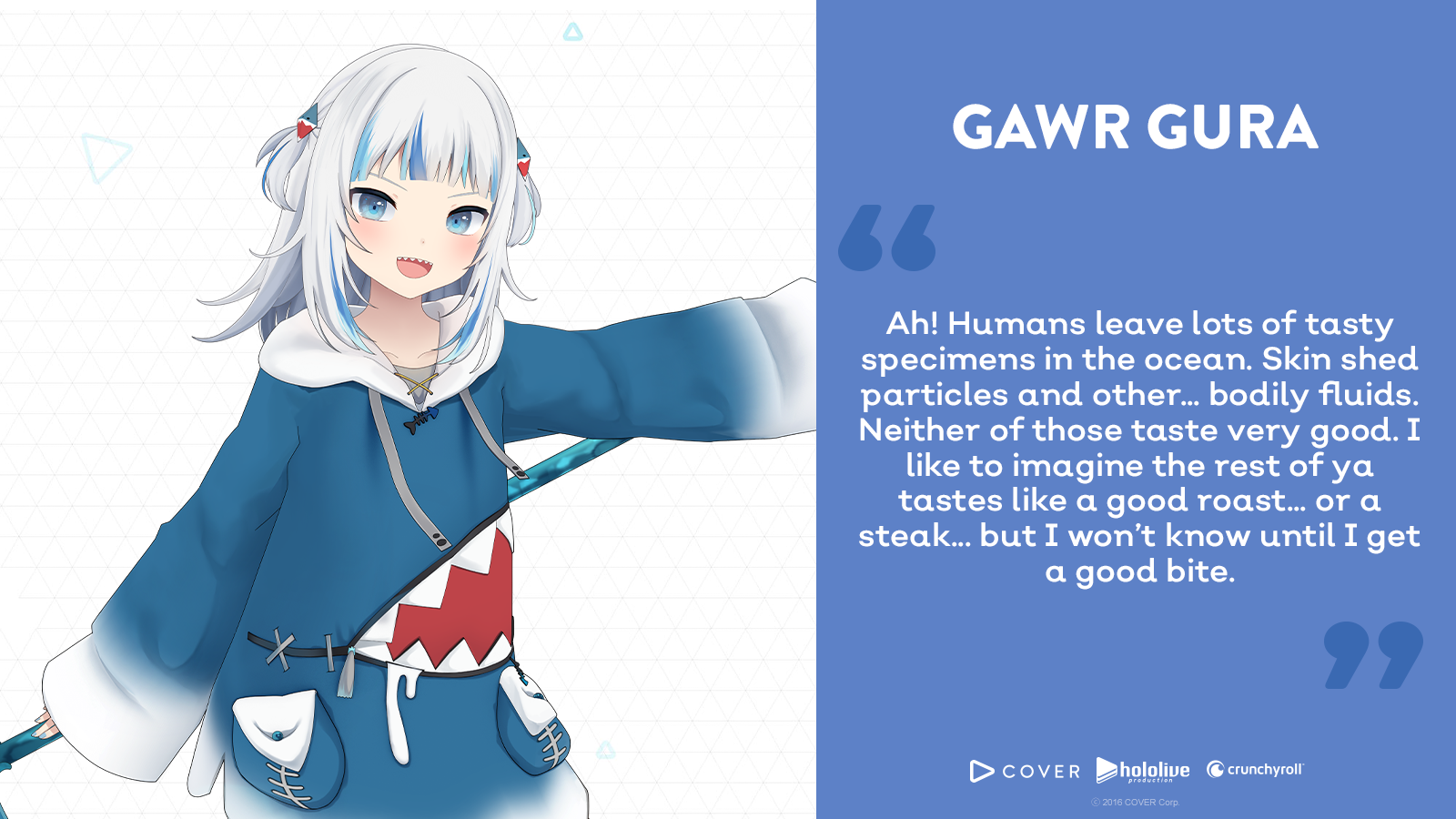 You can watch Gawr Gura on her YouTube channel here!