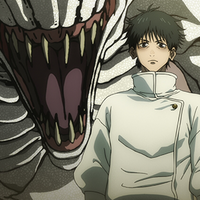 Crunchyroll announced during its Crunchyroll Expo 2022 industry panel today that classic anime movies such as AKIRA, your name. and many more will begin launching on Crunchyroll every Thursday starting on August 11 through October. Additionally, the JUJUTSU KAISEN 0 film will also be streaming on the service starting on September 21.

The release date of movies are as follows.

Schedule subject to change. Subbed and Dubbed languages, as well as region availability may vary per title.

Other movies scheduled to release include Afro Samurai: Resurrection, Sing a Bit of Harmony, Sword of the Stranger and movies from the series Free!, Fairy Tail, PSYCHO-PASS, Code Geass, and Black Butler.

Stay tuned for more details on when each movie will be available on Crunchyroll!

Tags
jujutsu kaisen, akira, your name., the stranger by the shore, human lost, wolf children, the boy and the beast, sing a bit of harmony, josee the tiger and the fish
« Previous Post
Anime Studio GONZO Announces Plans for 30th Anniversary Activities
Next Post »
Crunchyroll to Stream My One-Hit Kill Sister Anime
Other Top News
60 Comments
Sort by: