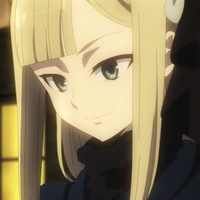 Get ready for a new way to watch Lord El-Melloi II’s Case Files {Rail Zeppelin} Grace note, because Aniplex of America announced plans to bring the English dub of the TYPE-MOON series' -Special Episode- to Crunchyroll during its Crunchyroll Expo 2022 industry panel. In fact, it's available right now!

Plus, the new English dub of the episode starts streaming today on @Crunchyroll! pic.twitter.com/X9J2F7rU2N

A letter is delivered to Lord El-Melloi II informing him of a Clock Tower reunion. One morning, as the reunion’s date draws near, Lord El-Melloi II takes a look in the mirror and reels in shock. He is suddenly a full decade younger! Lord El-Melloi II has become Waver Velvet, his former self! Believing himself to be in the grip of a powerful, magically induced delusion, Lord El-Melloi II immediately begins investigating how this could have happened. On the day of the reunion, he makes his way to the gathering of his contemporaries, planning to confront whoever transformed his body and hoping to reveal their intentions. However, when Touko Aozaki arrives, things take a sudden turn...