The Berserk manga returned on June 24 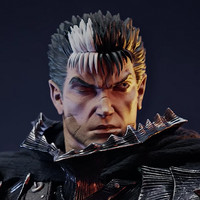 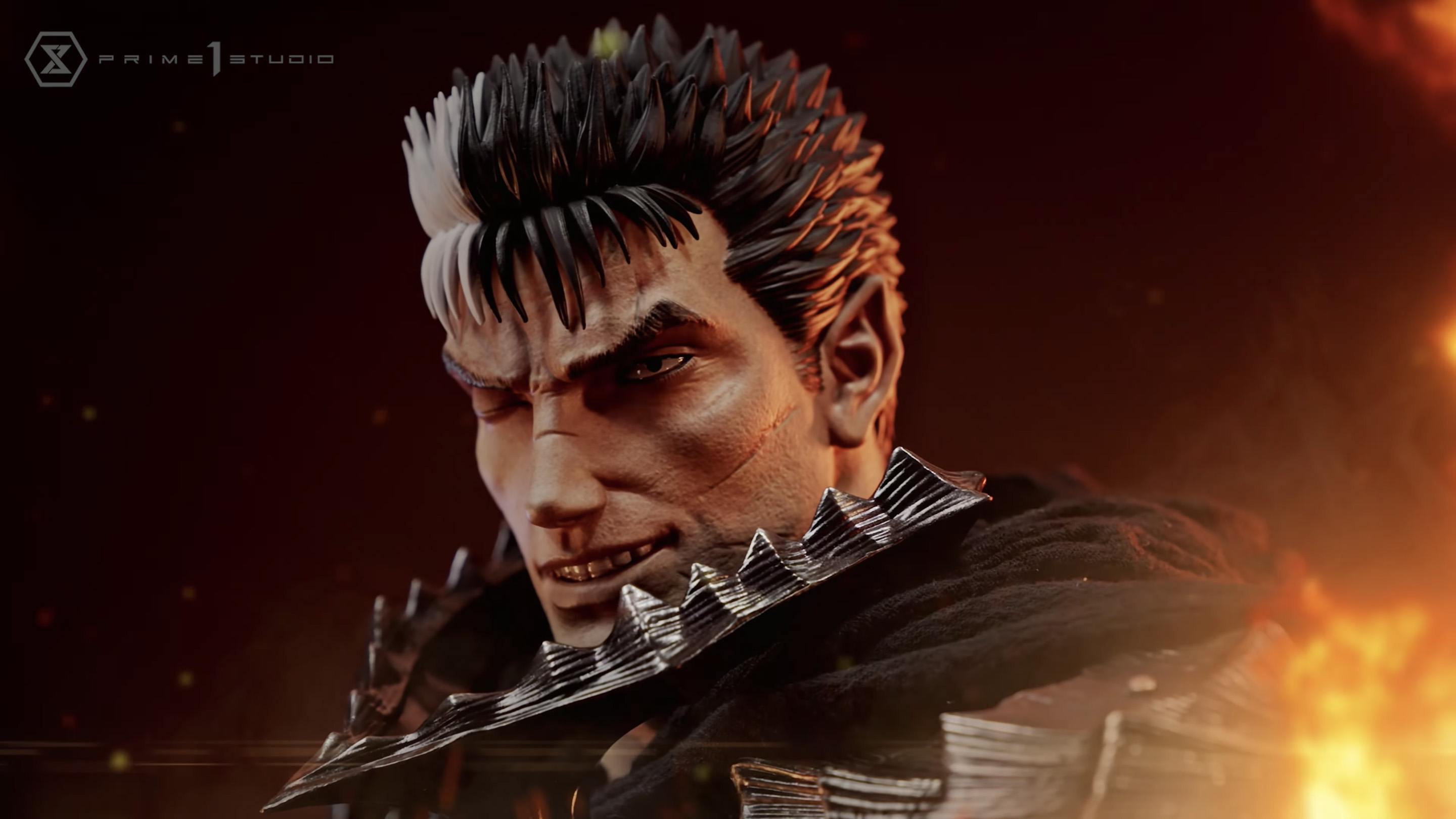 It's time to throw down! Throw down your wallet that is because boutique figure maker Prime 1 Studio has announced a brand new 1/3 scale Berserk Guts figure, giving people the chance to have the Kentaro Miura-created character protect their homes from all the villainous eggs that are about – don't even get me started on the blond-haired pretty boys!

Prime 1 Studio released an intensive trailer for the figure, which is part of its premium PRIME 1 STATUE line-up, showcasing Guts highly detailed Berserker armor, the LED lights of the base which is covered in corpses of the apostles, as well as the different faces and parts that come with the deluxe version of this 121-centimeter tall behemoth of a statue.

The "Guts Berserker Armor Unleash Edition" figure is only available by ordering with Prime 1 Studio directly with the regular version costing 207,790 yen (US$1540) and the deluxe version with extra parts coming in at 228,690 yen (US$1695). Shipping is set to happen sequentially from November 2023 to February 2024.

Check out more images of the figure below: 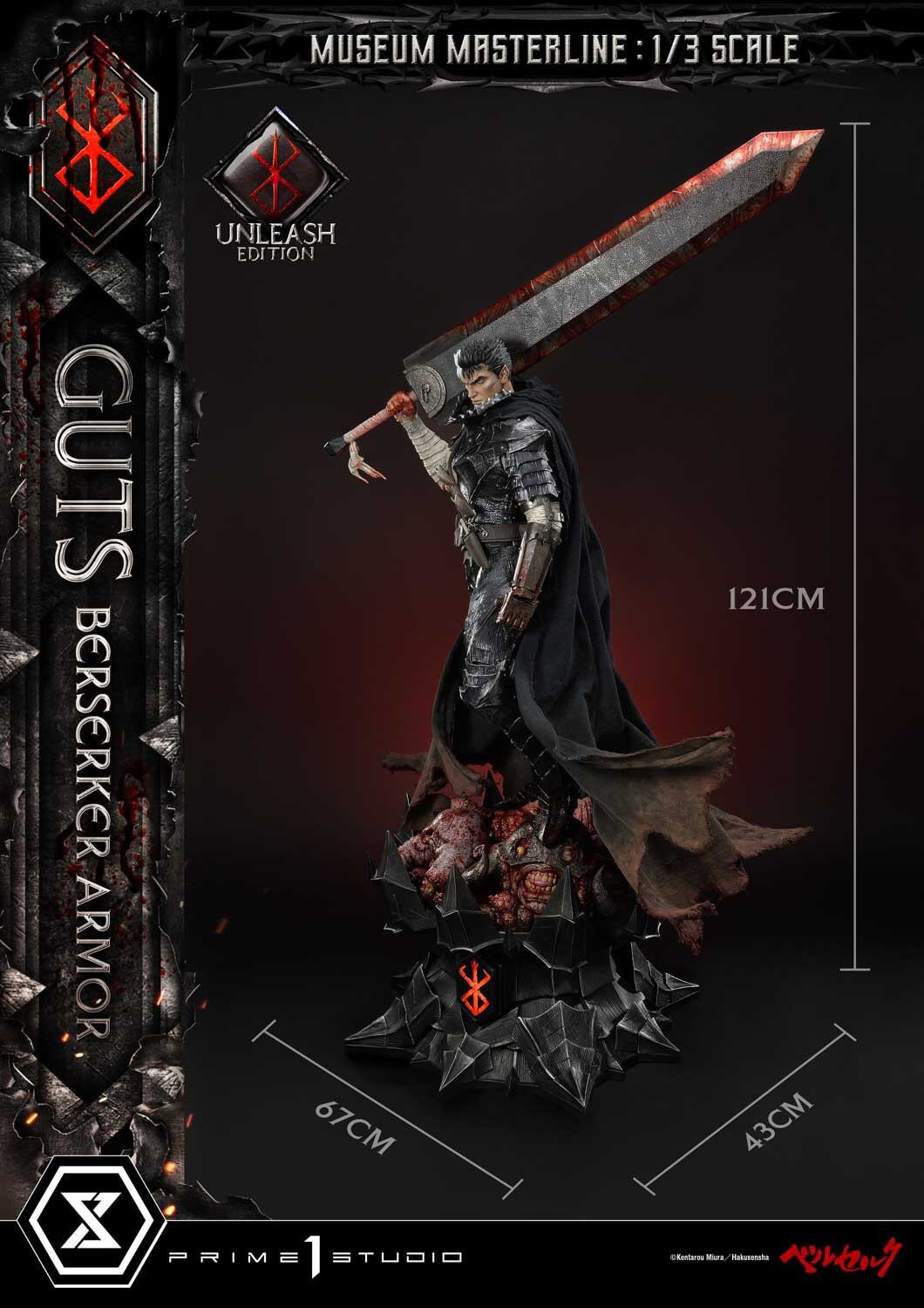 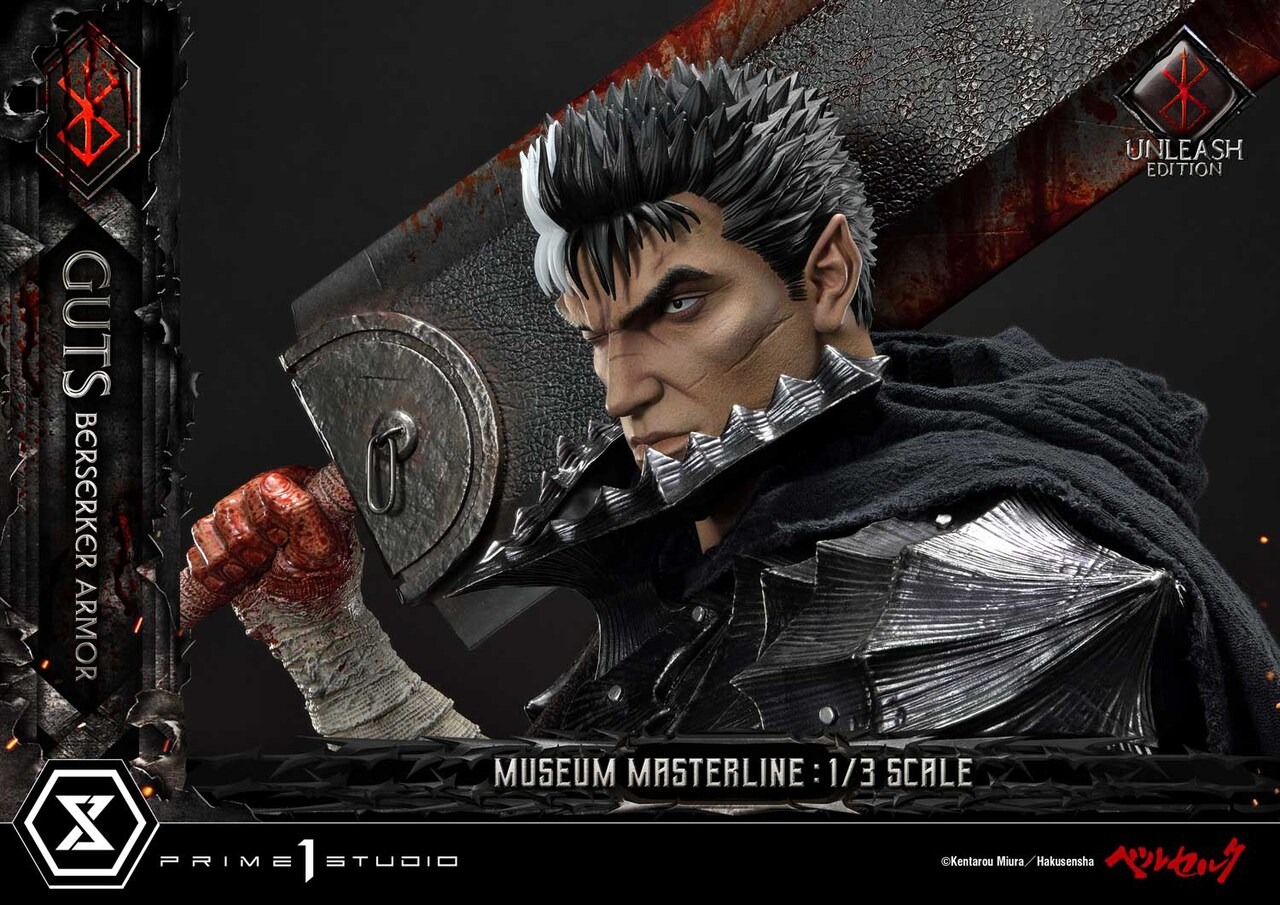 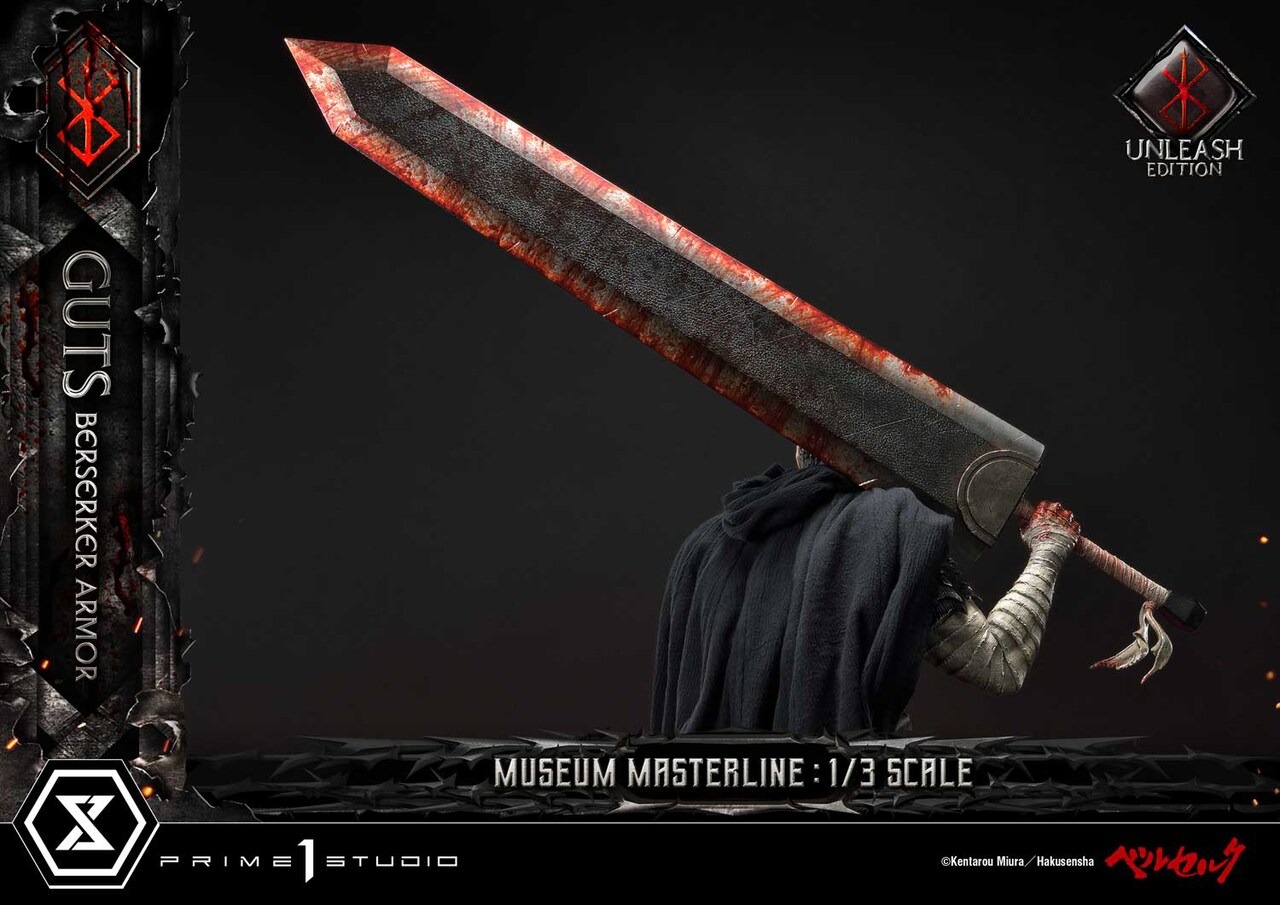 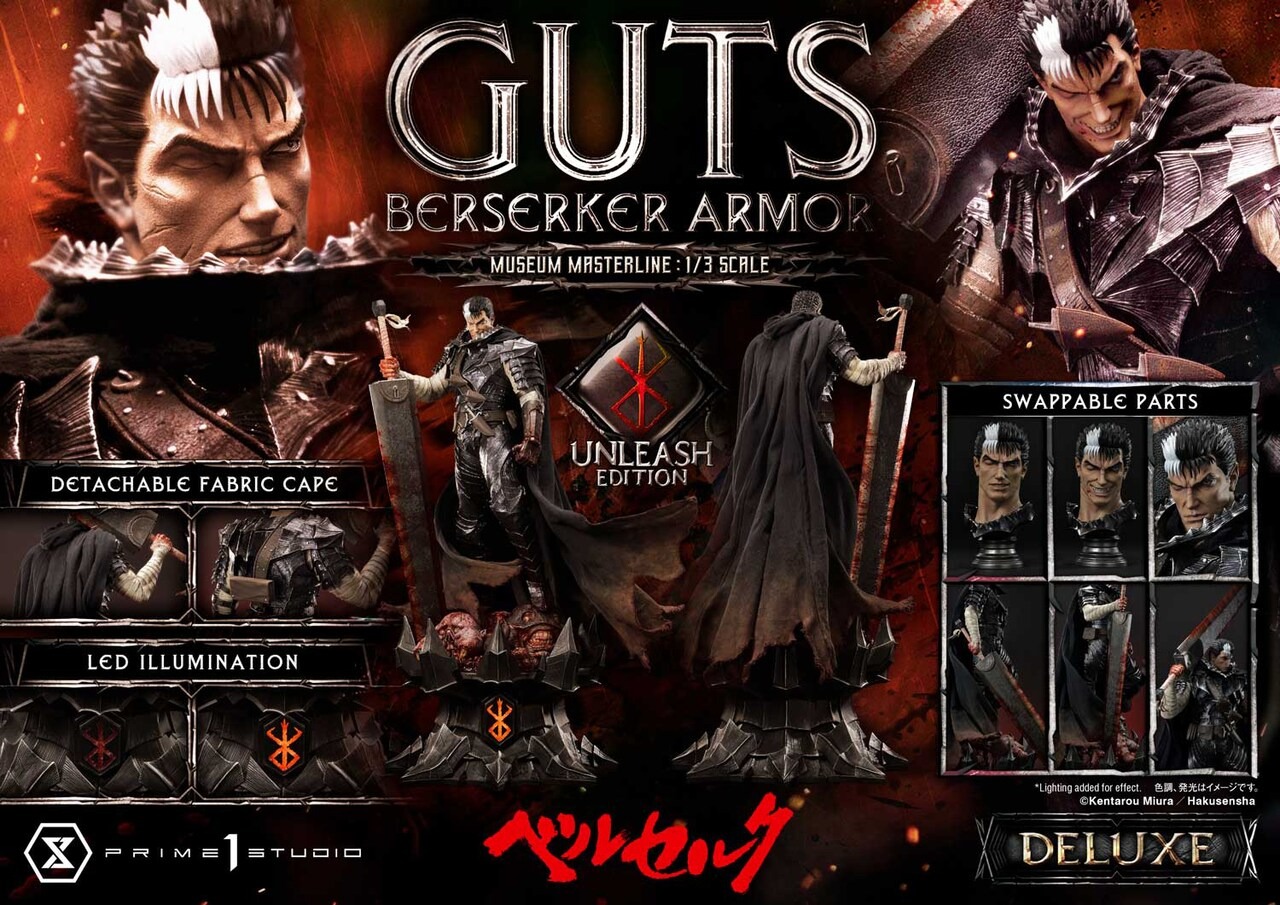