Engage Kiss English Dub Has an Engagement with Crunchyroll! 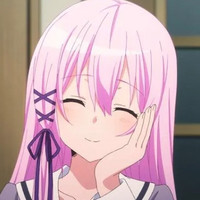 Whether you've been enjoying the Engage Kiss anime as it airs or are looking to get started, there will soon be another way to watch on Crunchyroll. Aniplex of America has the English dub coming to the service later this month, and we have our first look at some of the main cast members behind it.

Main cast and crew members for the English dub so far include:

In the lead up to the English dub premiere, you can check out the Engage Kiss anime right now on Crunchyroll. Here's the official synopsis:

Bayron City -- a Mega-Float type city in the Pacific Ocean, which doesn't belong to any particular nation. As the mine for Orgonium, a new energy resource, this city is the most noticed in the world right now, and here special cases caused by demons called "D Hazards" has been occurring frequently.

Only a handful of people know about the existence of D Hazards. They are handled by PMCs (Private Military Companies). Shu is a young man living in Bayron City who runs such a company, but his company is tiny. On top of that, he cherry-picks his jobs, so he is always in a bind for money.

His life, both publicly and privately, is being supported by the beautiful high school girl Kisara who attends a school in Bayron City. And there is one more person that keeps him on her mind: Ayano, an employee of a major PMC that Shu used to work for and Shu's ex-girlfriend. Kisara finds her unpleasant.

At the root of Kisara's strong attachment to Shu is a contract signed between them.

Her true identity is a demon.

Kisara supports Shu's lifestyle, and even assists his demon extermination based on their contract.

The price is a dangerously sweet kiss.

Their uncertain bond teeters between love and contract. Where is their destiny headed..?

Tags
engage kiss
« Previous Post
Round Out Your Evangelion-Themed Daily Carry With Rei Ayanami Bluetooth Earbuds From final
Next Post »
Here's All the Big News That Was Revealed at Crunchyroll Expo 2022
Other Top News
9 Comments
Sort by: