Aniplex of America reveals main cast ahead of premiere 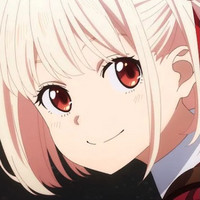 Aniplex of America previously announced English dub plans for the Lycoris Recoil anime, and its debut on Crunchyroll is right around the corner. The dubbed version of the series is set to kick off later this month, so read on for a quick overview of the cast revealed so far.

Main English cast and staff members so far include:

Stay tuned for more information on the English dub streaming plans as we get closer to launch. In the meantime, the subtitled version of Lycoris Recoil—which is directed by Shingo Adachi and produced at A-1 Pictures—is currently streaming on Crunchyroll, which describes the series like so:

For these peaceful days――there’s a secret behind it all.

And their group of all-girl agents: “Lycoris”.

This peaceful everyday life is all thanks to these young girls.

The elite Chisato Nishikigi is the strongest Lycoris agent of all time.

Alongside is Takina Inoue, the talented but mysterious Lycoris.

Here, the orders this café takes range from coffee and sweets to childcare, shopping, teaching Japanese to foreign students, etc.

It's mostly tasks unbefitting of Lycoris.

The free-spirited and optimistic pacifist, Chisato.

And the cool-headed and efficient Takina.

The chaotic everyday lives of this mismatched duo begin!

Tags
lycoris recoil, shingo adachi, a-1 pictures
« Previous Post
Nanachi Is Your Guide for a New Made in Abyss Exhibition
Next Post »
INTERVIEW: VINLAND SAGA Creator, Staff on Returning to the Viking Epic for Season 2
Other Top News
5 Comments
Sort by: