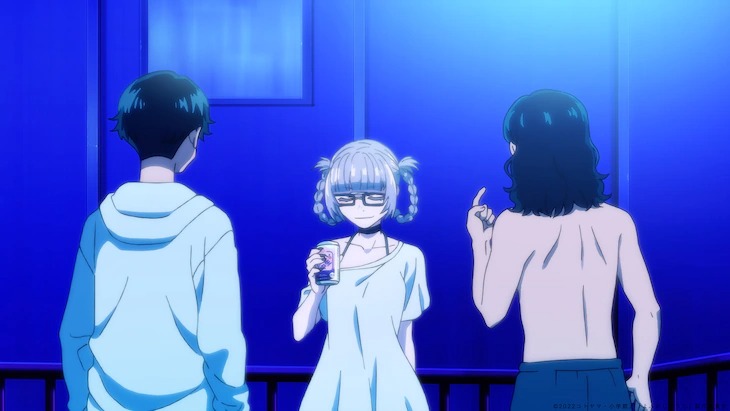 The sixth episode of the Call of the Night anime is about to premiere on August 11, and it's bringing a very special pair of guest stars along for the ride. Creepy Nuts—the hip-hop unit responsible for performing the theme songs—will be getting their very own guest voice role in the episode.

The episode premieres on August 11, and the duo will voice a pair of characters who run into Nazuna Nanakusa. As fans know, the Japanese title of Kotoyama's original manga, Yofukashi no Uta, was taken from the unit's third digital single released in December 2018.

Creepy Nuts' "Daten" as featured in the OP movie for Call of the Night:

Based on the manga by Kotoyama, Call of the Night is directed by Tetsuya Miyanishi and Tomoyuki Itamura and features animation production at Liden Films. Sentai Filmworks is streaming the series as it airs in Japan on its HIDIVE service, describing it as such:

Tags
call of the night, creepy nuts
« Previous Post
INTERVIEW: The Author Behind Bullet Train on Crime Thrillers and Movie Adaptations
Next Post »
All of Dragon Ball Z Now Available Subtitled on Crunchyroll!
Other Top News
6 Comments
Sort by: