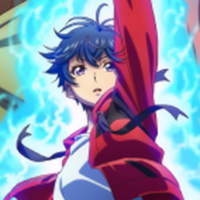 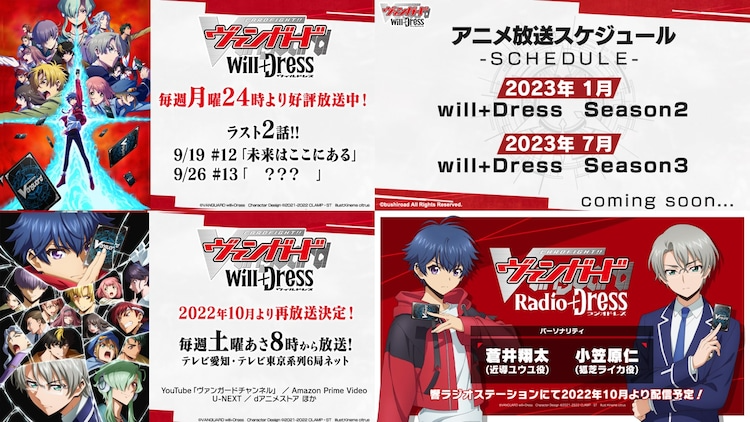 We're just two episodes from the end of CARDFIGHT!! VANGUARD will+Dress, the current iteration of Bushiroad's popular card-fighting media mix franchise. If you're not ready for it to be over, though, there's good news—not one, but two new seasons have been announced!

The continuation of CARDFIGHT!! VANGUARD overDress will continue into a second a third season, both airing in 2023. Season 2 is scheduled for a January 2023 release, with the third season premiering in July 2023. The soon-to-conclude first season will also be re-aired in Japan throughout the month of October.

You'll also get to hear more of the faves during CARDFIGHT!! VANGUARD Radio+Dress, an Internet radio show aired via Bushiroad's HiBiKi Radio Station. The show, which will be hosted by Shōta Aoi (the voice of Yu-yu) and Jin Ogasawara (the voice of Raika), will begin airing online in October 2022. 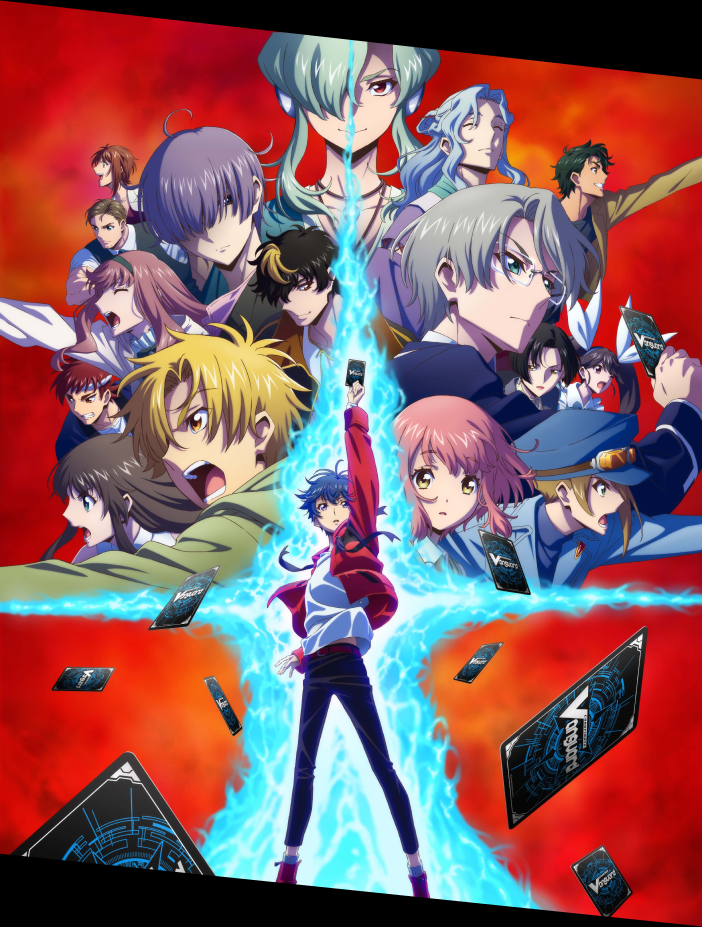 CARDFIGHT!! VANGUARD will+Dress features character designs by CLAMP, and is currently being streamed on Crunchyroll. The official summary:

Third-year middle school student Yu-yu Kondo lives in Kanazawa city of the country of Kaga. Being unable to reject requests, Yu-yu often gets caught up in his sister's hobbies.

When Yu-yu could no longer bear it and ran away from home, he was saved by Megumi Okura. Megumi invites Yu-yu to the Night Amusement Park "Wonder Hill" where her friends gather.

The amusement park is where many youths of the Vanguard-centric group "Team Blackout" gather.

And this is how Yu-yu encounters Vanguard and was drawn in by the appeal of Vanguard and the world and friends he had never seen before.