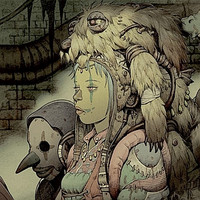 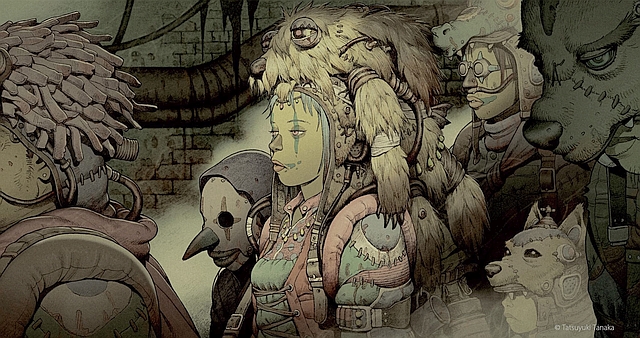 The highly regarded Gallery Nucleus art gallery in Southern California has announced the forthcoming opening of a new exhibition celebratiing the work of famed animator and illustrator Tatsuyuki Tanaka, best known for his work on the Akira feature film as well as work on Blade Runner: Blackout 2022. Outside of his animation work and in more recent times, he's released artbooks under the Cannabis Works label which collect his illustration and concept work over the decades, with the second volume being released in 2016 after a gap of 13 years from the first volume released in 2003. 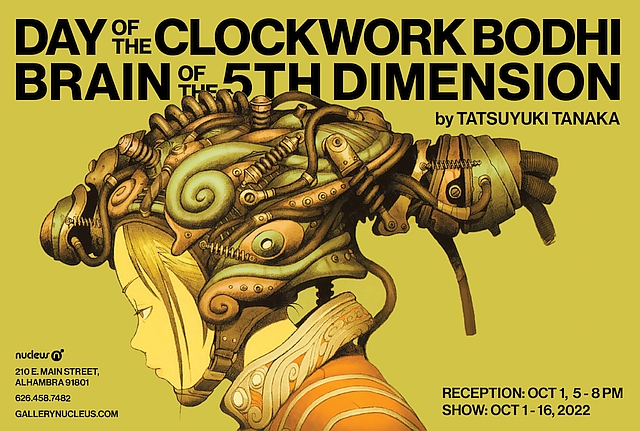 The exhibition titled Day of the Clockwork Bodhi Brain of the 5th Dimension will be held from October 1-16 with an opening night reception and meet and greet being held in-person with free admission. Tanaka will also hold an illustration workshop on October 1 prior to the opening reception, with entry being charged at $120 per person, either in-person or virtually. Exclusive merchandise will also be offered for sale during the exhibition, with a social media giveaway also being conducted. More details can be found on the official Gallery Nucleus website