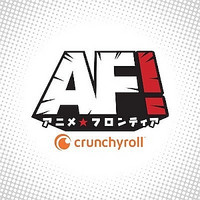 The Anime Frontier convention has announced its Japanese musical guest ahead of the second installment being held on December 2-4 at the Fort Worth Convention Center in Fort Worth, TX. Rock band FLOW has been announced as the convention's musical guest of honor. FLOW has previously performed opening and ending themes for Naruto, Boruto, Code Geass, Eureka Seven, and more. A special video greeting by the group has been released by the convention and is embedded below:

#AnimeFrontier is excited to welcome Japanese rock band #FLOW! @FLOW_official is famous for themes to #Naruto #Boruto and #CodeGeass, and we’ll feature them in a special concert on Friday 12/2! Learn more and get tickets now! https://t.co/TMpVLLkYXd pic.twitter.com/jt3TYqaRNX

Anime Frontier Powered by Crunchyroll, will be held in the Fort Worth Convention Center from December 2-4. More information on the convention, including the FLOW concert and additional details on a special meet & greet for VIP badge holders can be found at the convention's official site.

Tags
anime frontier powered by crunchyroll, music, flow, naruto, boruto
« Previous Post
Japan to Completely Re-Open Borders to Tourism on October 11
Next Post »
Where to Watch Aniplex Online Fest 2022 As It Happens
Other Top News
0 Comments
Be the first to comment!
Sort by: