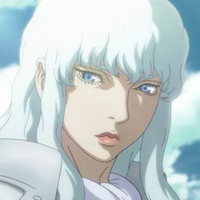 This fall marks the official premiere of Berserk: The Golden Age Arc - Memorial Edition, which celebrates the work of the late Kentaro Miura in a new way starting October 1. You'll be able to watch it right here on Crunchyroll shortly after it debuts in Japan and this weekend's Aniplex Online Fest 2022 event came through with a new trailer and a special video message to get everyone ready to revisit Guts’ story.

The video message confirms that Japanese comedian Kendo Kobayashi will be joining the series as Bazuso.

The "Memorial Edition" version of The Golden Age Arc film trilogy is a part of a larger Berserk celebration, which includes a Kentaro Miura exhibition traveling around Japan, as well as the release of the first chapter of the series penned by Studio Gaga (Miura's team of assistants) under the watchful eye of a close friend of Miura's Kouji Mori after the passing of the manga creator last May.

Berserk: The Golden Age Arc's three films were originally released between February 2012 and February 2013 and hail from director Toshiyuki Kubooka at Studio 4°C. Viz Media released the films in North America, describing them as such:

The lone mercenary Guts travels a land where a century-old war is raging. His ferocity and skill in battle attract the attention of Griffith, the leader of a group of mercenaries called the Band of the Hawk. Guts becomes Griffith’s closest ally and confidant, but despite all their victories, Guts begins to question why he fights for another man’s dream of ruling his own kingdom. Unknown to Guts, Griffith’s unyielding ambition is about to bestow a horrible fate on them both.