Mizuki: "I want to bring down their spirits in my live concerts." 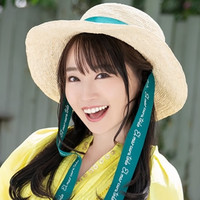 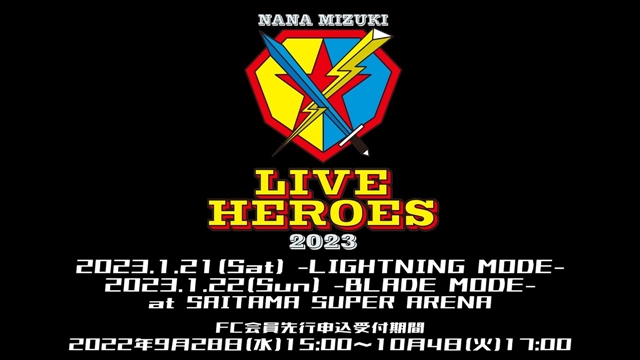 The official YouTube channel for voice actress / singer Nana Mizuki has posted a 30-second promo to announce the titles of her forthcoming two-day concert to be held at Saitama Super Arena on January 21 and 22, 2023.

The main title of the concert is "NANA MIZUKI LIVE HEROES 2023," and the subtitle for its first day is "−LIGHTNING MODE−," and that for the second day is "−BLADE MODE−." As these titles suggest, each day will feature a different theme, with songs from the works in which the heroes and heroines whom Mizuki has played appeared. This means that more songs from the anime and video games she has been involved with will be sung than at her previous solo concerts.

In a video message on Twitter, she says, "Mizuki has fought alongside many heroes and heroines. I want to bring down their spirits in my live concerts."

Advance sales of the tickets for her fan club "S.C. NANA NET" members will held from September 28 to October 4.