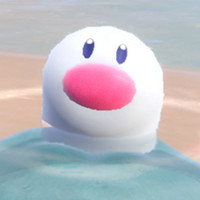 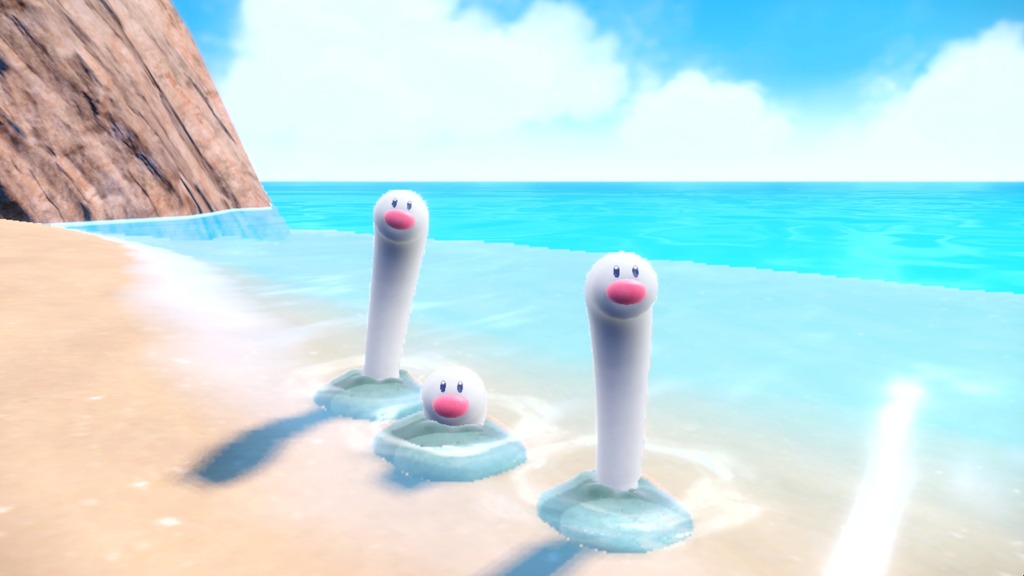 Trainers all around the world were teased about a brand new Pokémon that looked like Diglett but with a bit of a long-catifed change. Today, the mammoth franchise confirmed the existence of Wiglett, a water-type variant of the ground-type Pokémon and from the mouth of the devs themselves "it’s really a completely different species of Pokémon!"

Wiglett is classified as the Garden Eel Pokémon, with a Water typing and either the ability Gooey or Rattled. Pokémon described Wiglett as such:

"Boasting an exceptional sense of smell, Wiglett is able to pick up scents from over 60 feet away. It has a skittish disposition and is constantly cautious of its surroundings. When it notices the scent of other Pokémon, Wiglett burrows into the sand to conceal itself.

Wiglett pokes a part of its body out of the sand to feed in the ocean. It’s still unclear what the rest of its body hidden in the sand is like or how long it might be. It’s said that Wiglett’s resemblance to Diglett might be a mere coincidence—a result of its adaptation to its environment."

RELATED: Pokémon Scarlet and Violet Show Off More of Paldea in Crab-Filled Trailer

You'll be able to catch Wiglett in Pokémon Scarlet and Violet when the games release exclusively on the Nintendo Switch around the world on November 18.

Tags
pokémon, pokemon, pokémon scarlet and violet, video games, nintendo switch
« Previous Post
UNIQLO Prepares to Launch One Piece Film Red UT Collaboration
Next Post »
FEATURE: After All These Years, the Stakes Are Still High in Dragon Ball
Other Top News
0 Comments
Be the first to comment!
Sort by: