Studio Flad-animated comedy will arrive on Crunchyroll this fall 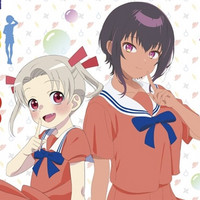 On October 9, the TV anime The Maid I Hired Recently Is Mysterious aired its final 11th episode on the ABC TV/TV Asahi network's "ANiMAZiNG!" programming block. Next week, on October 15, the TV anime The Little Lies We All Tell will premiere on the same block.

RELATAED: Rock Out with the Non-Credit OP for The Little Lies We All Tell TV Anime

The collaboration between the two series has now been realized, and a commemorative newly-drawn collaboration "Baton Pass" visual has been unveiled. To commemorate the baton passing between the two, Rikka from The Little Lies We All Tell and Lilith from The Maid I Hired Recently Is Mysterious are depicted wearing the matching school uniform of Kashihara Girls' School, where teh story of Little Lies takes place. 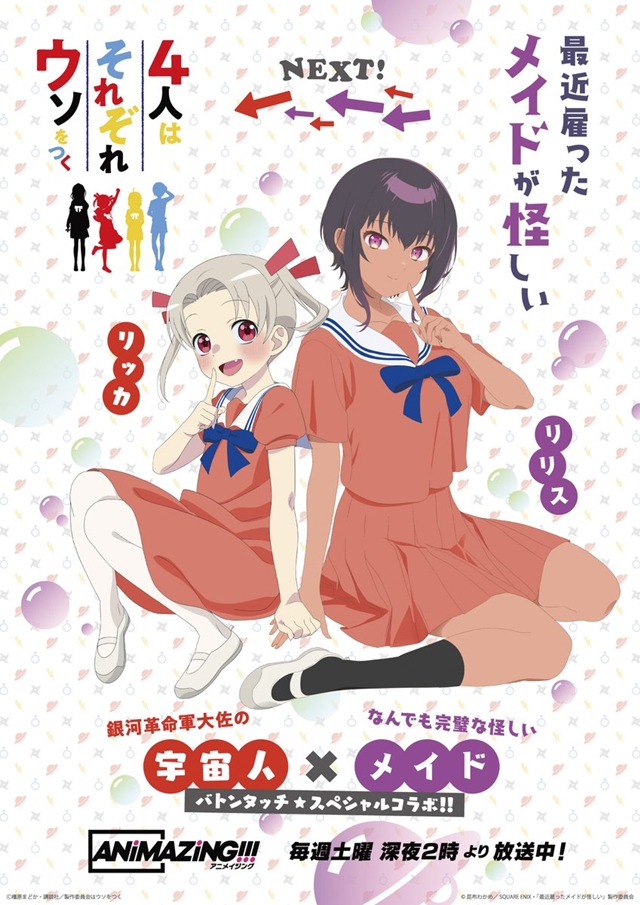 The TV anime adaptation of Madoka Kashihara's comedy manga The Little Lies We All Tell is set to premiere in Japan on October 15, and will also be streamed on Crunchyroll for its members in North America, Central America, South America, Europe, Africa, Oceania, the Middle East and CIS. Crunchyroll describes the series as follows:

Rikka, Chiyo, Sekine, and Tsubasa are a group of friends who attend the same all-girls school. They seem like ordinary eighth-graders, but each of them has a secret they can't tell anyone... An alien, a runaway ninja, a superpower user, and a boy in disguise?! Their classroom, and Earth itself, are about to be destroyed because of a little blunder?! All four of these girls have a secret that makes them more than what they seem, but it's the lies they tell that allow them to stay together... Lying is the beginning of friendship?! That's the idea behind this chaotic school comedy like nothing you've experienced before! 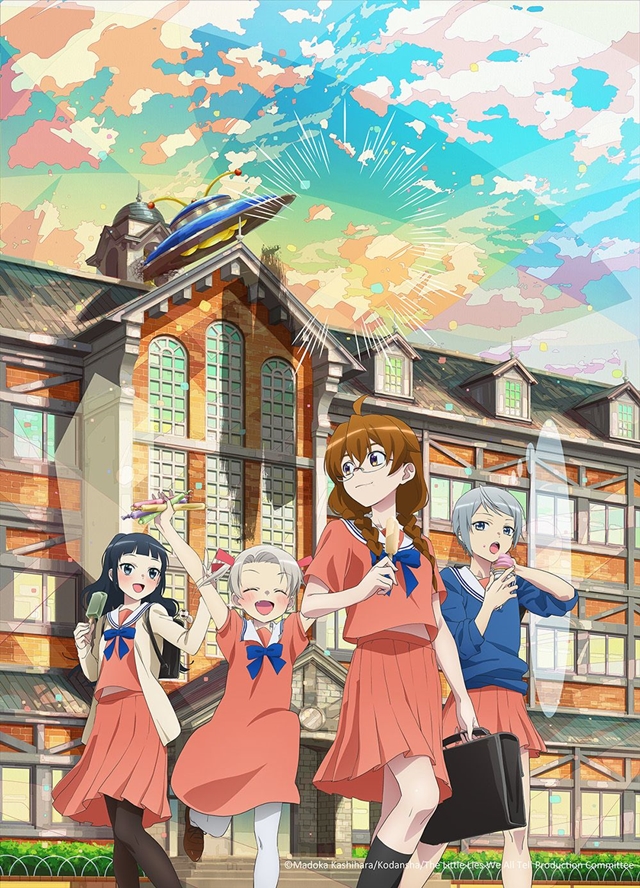