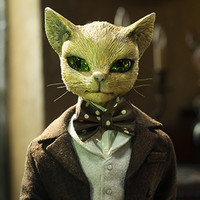 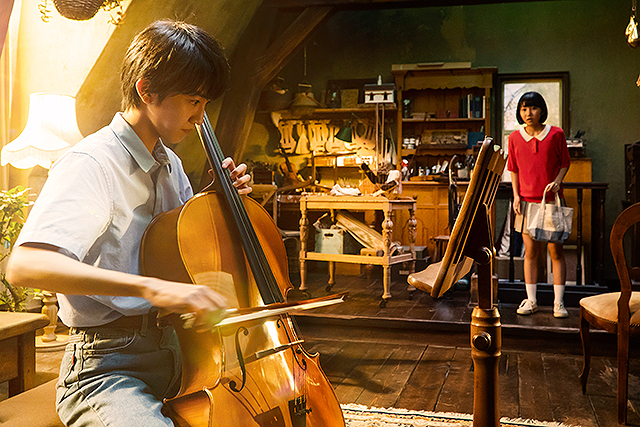 The long-awaited live-action film adaptation of Aoi Hiiragi's romantic coming of age manga Mimi wo Sumaseba / Whisper of the Heart was finally released in 352 theaters across Japan on October 14, then earned a bit disappointing 109 million yen (732,400 USD) on 79,000 admissions on its first Saturday and Sunday to make its fourth place debut. The total three-day box office gross from Friday through Sunday was 147 million yen (987,730 USD) on 108,000 admissions.

The film's critical reception has been less than favorable. It ranks only seventh in Filmarks' first day satisfaction ranking with an average rating of 3.38/5.0 based on 927 reviews.

The Yuichiro Hirakawa (The Promised Neverland live-action film)-directed film was originally scheduled to be released in Japan on September 18, 2020, but has been postponed for two years due to the effect of the COVID-19 pandemic. It is difficult to determine whether this two-year delay is one of the factors contributing to this disappointing outcome.

Toei Animation's One Piece Film Red has stayed on No.1 on the Japanese box office for an amazing 11 consecutive weekend. The film earned 233 million yen (1.56 million USD) on 168,000 admissions in its 11th weekend, which was about the same as the previous weekend's numbers. Its total gross in Japan has reached 17.1 billion yen (114.8 million USD) on 12.31 million admissions.

RELATED: One Piece Film Red Anime Continues Its Course at No. 1 at the Japanese Box Office for 11th Consecutive Weekend

Mainly due to the small number of theaters showing the film (43 theaters across Japan), WATATEN!: An Angel Flew Down to Me: Precious Friends, the all-new anime feature film adaptation of Nanatsu Mukunoki's four-panel yuri comedy manga, didn't appear in the overall box office top 10 ranking. However, the film was well received by audiences, ranking second in Filmarks' first day satisfaction ranking with an average rating of 4.04/5.0 based on 68 reviews.

Both of To Me, The One Who Loved You and To Every You I’ve Loved Before, based on Yomoji Otono's sci-fi romance novels, quickly disappeared from the top 10 in their second weekend.

"Whisper of The Heart" trailer:

"WATATEN!: An Angel Flew Down to Me: Precious Friends" trailer:

©2022 "Whisper of the Heart" Production Committee

Tags
whisper of the heart, aoi hiiragi, live-action, box office, wataten!: an angel flew down to me
« Previous Post
Emiri Kato & Kaori Fukuhara's Legendary VA Unit Kato*Fuku to Hold Their Last Concert in January 2023
Next Post »
Sakaomi Yuzaki's She Loves to Cook, and She Loves to Eat Manga Gets Live-action Drama
Other Top News
2 Comments
Sort by: