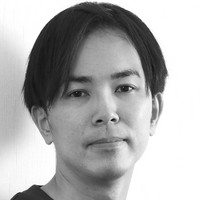 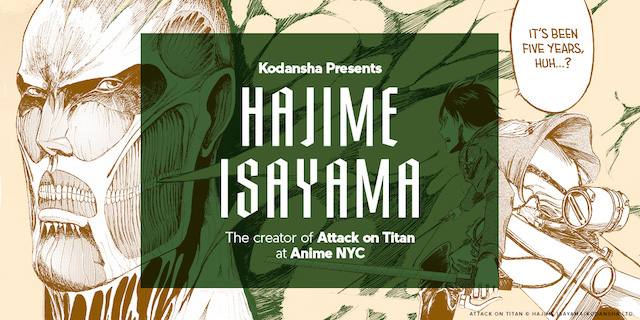 Anime NYC announced a major guest for this year's event with the reveal of Attack on Titan creator Hajime Isayama. The author of one of the most popular manga series of all time will be making his very first appearance in North America during the convention, and will be available both Friday and Saturday.

Isayama will be on hand for a rare autograph session on Friday, November 18, and then he'll be appearing on the Anime NYC Main Stage on Saturday, November 19 for a panel discussing Attack on Titan. Those attending can look forward to further details on tickets for his signing and the Main Stage session in early November.

Here's what Kodansha USA President and CEO Alvin Lu had to say about the announcement:

"This is it - Hajime Isayama in his first U.S. appearance, and it's going to be at Anime NYC … After more than ten years of publishing Attack on Titan, we are very, very excited to help host Isayama-sensei and to see him meet the fans that have loved and supported this amazing pop-culture phenomenon throughout the years. This will be an Anime NYC to remember."

The Attack on Titan manga ran from 2009 to 2021 in Bessatsu Shonen Magazine, and the Attack on Titan Final Season anime is set to continue adapting its climactic moments in 2023. Here's how Crunchyroll describes the series:

Anime NYC will be held November 18-20 at the Javits Center in New York City.

Tags
attack on titan, hajime isayama, anime nyc
« Previous Post
Mazinger Z Announces 50th Anniversary Program and Concert
Next Post »
RECS: 6 More Anime That Will Inspire You to Do It Yourself!!
Other Top News
1 Comment
Sort by: