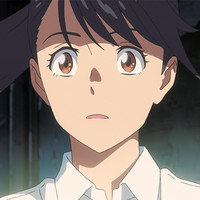 Famed anime director Makoto Shinkai went to Twitter last night (at 2 AM!) to reveal that work on his next anime film, Suzume, has been finished and is ready for the November 11 premiere in Japan. The director posted a photo of his editing setup, showing the complex Premiere Pro timeline that makes up the backbone of Suzume.

It was also revealed yesterday that the opening 12 minutes of Suzume will be broadcast on Japanese TV on October 28 during a rebroadcast of Your Name on Nippon TV’s Friday Roadshow movie block. The footage will be shown in the back half of the program after the completion of the main story of Your Name.

Suzume is directed by Makoto Shinkai, who also penned the screenplay for the film alongside Masayoshi Tanaka as the character designer, Kenichi Tsuchiya as the animation director and Takumi Tanji as the art director with animation production at CoMix Wave Films.

Suzume releases in Japan on November 11 with Crunchyroll teaming up with Sony Pictures and Wild Bunch International to bring the feature to global audiences outside of Asia in early 2023.