Two-part event kicks off on November 13 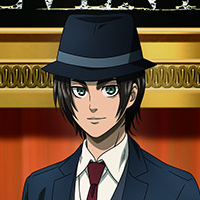 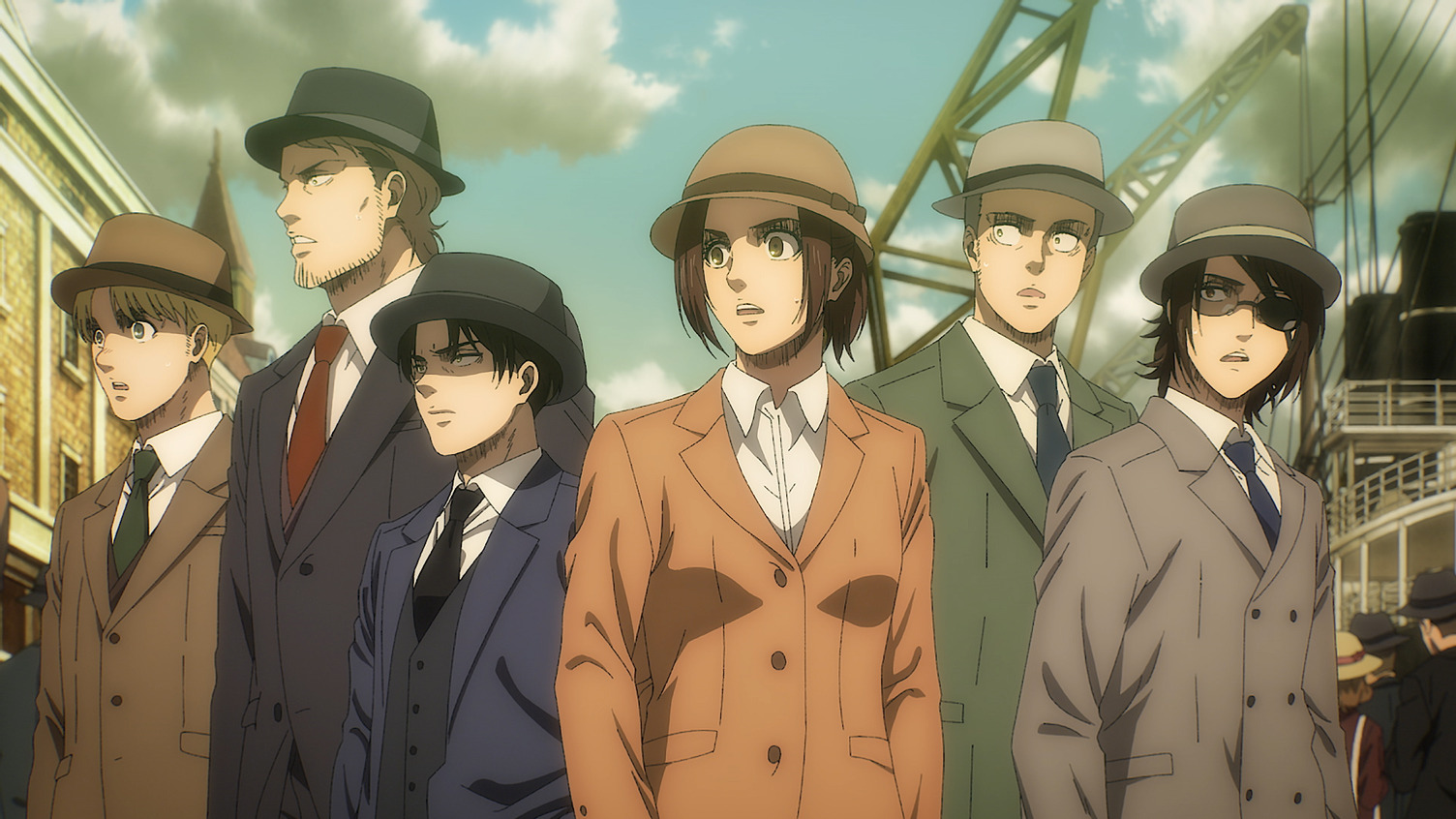 With just two weeks to go until the two-part Attack on Titan special event that was announced last June, Eren, Mikasa and the others have put on their Friday best once more to pose for a brand-new visual, which is also inspiring a range of merchandise that will be sold at the venue. 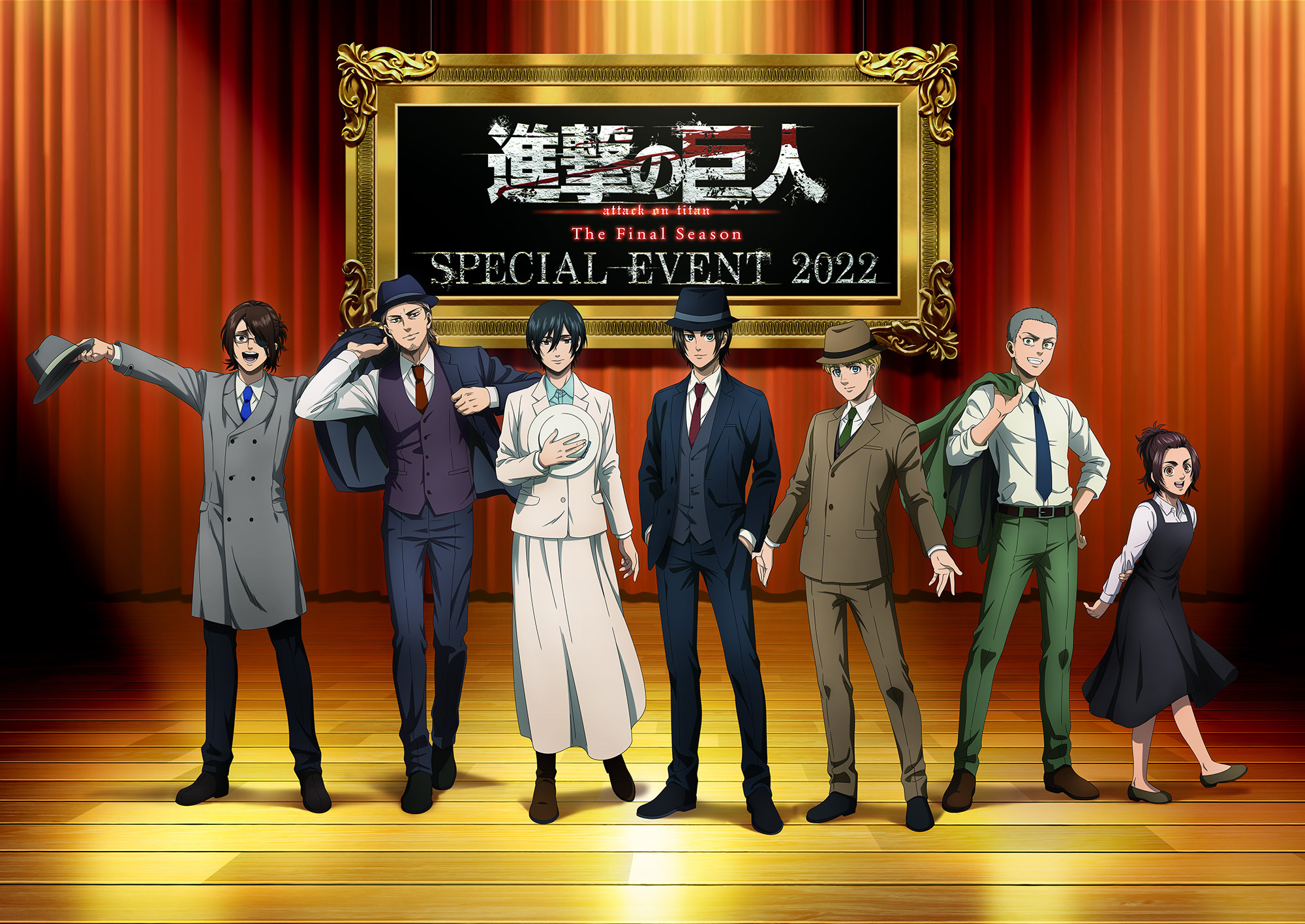 Attack on Titan Final Season SPECIAL EVENT 2022 kicks off on November 13 for a two-part event at Tokyo's Tachikawa Stage Garden with an orchestra concert, starring composer Kohta Yamamoto and both ending theme performers, Yuko Ando and Ai Higuchi in the afternoon. Part 2 of the event in the evening is a voice actor panel, featuring this full squadron of cast members:

Ando and Higuchi will also appear at the talk event, which is being moderated by TV announcer Chiaki Matsuzawa.