The series is now streaming on Amazon Prime Video 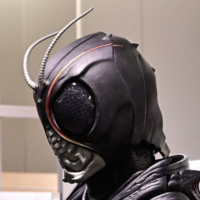 Ok, this may not be entirely accurate.

Compared to Super Sentai, Kamen Rider has been more than happy to flirt with a more mature and brooding flair to its storytelling, particularly in recent years. This isn’t even Amazon Prime’s first attempt at a darker take on this classic franchise, delivering the flawed-yet-enjoyable Amazon Riders in 2016.

This brings us to Kamen Rider Black, the 1987 series credited for spending as much time analyzing the tragic story of the man behind the mask as it did on fighting. In the series, two stepbrothers — Kotaro Minami and Nobuhiko Akizuki — were forced to undergo mutant surgery in an attempt to turn them into the next Creation King for the Gorgom cult, with Kotaro escaping before being indoctrinated like Nobuhiko. Saddled with these powers, Kotaro must deal with the everyday consequences of his transformation while trying to save his brother, and save Japan.

This multi-dimensional and somewhat-tragic protagonist defined the series and the franchise going forwards, yet was still limited by its family-friendly TV broadcast schedule. With Black Sun's R18+ rating and a political conspiracy seeped in deep-rooted xenophobic hatred and society’s treatment of minorities, Kamen Rider Black Sun is more than a mere reboot of this classic story, as it seeks to elevate the source material far beyond what was possible in its older family-friendly TV timeslot. 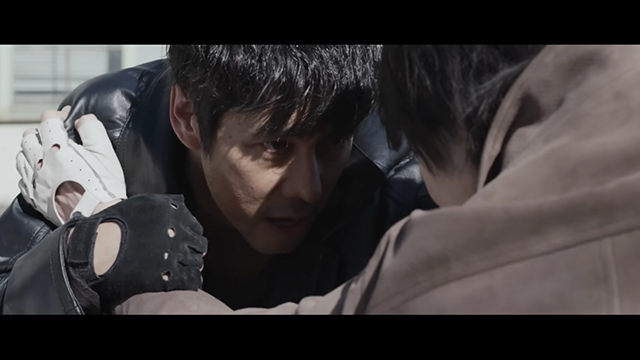 The 2022 Tokyo International Film Festival treated fans to a world premiere preview of Black Sun’s first two episodes, ahead of the release on Amazon Prime on October 28. With veteran director Kazuya Shiraishi (The Blood of Wolves, Hibana: Spark) and experienced actors in Hidetoshi Nishijima (who plays Kotaro, and appears in Drive My Car) and Tomoya Nakamura (who plays Nobuhiko, and appears in Like Father, Like Son and Anime Supremacy) attending the premiere, this was a major showcase of this tentpole within the Kamen Rider 50th anniversary project.

What’s notable about this interpretation is how much it instantly seeks to distinguish itself from its predecessor. After a brief introduction of the stepbrothers’ forced surgery, we’re whisked away to an anti-kaijin (the word used in the series for humanoid monsters) rally in the heart of modern-day Tokyo.

If you spend enough time in Tokyo, particularly on a weekend, you’re bound to stumble upon anti-immigrant, anti-foreigner and anti-Korean protestors. Far-right nationalists waving Japanese and rising sun iconography congregate to call for the removal of anyone not deemed “truly” Japanese. In Black Sun’s world too, the existence of kaijin plays as a useful scapegoat for these xenophobic wolves, as we watch nationalist groups march the streets calling for the extermination of mutants.

The messaging and parallels aren’t subtle. It’s not like either the real-world or fictional groups regard the other as human. 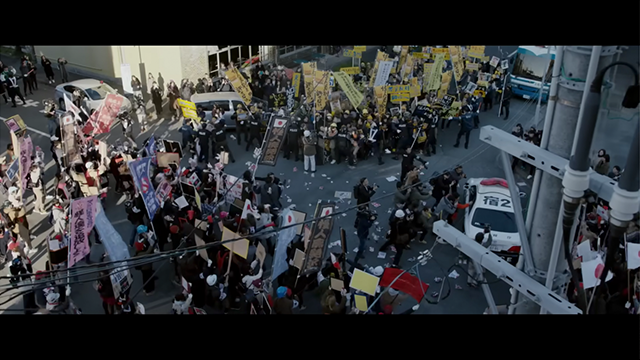 You have people fighting for equality against this rising far-right hatred. Chief among them is Aoi Izumi (Kokoro Hirasawa), a 14-year-old schoolgirl activist fighting for equality for humans and kaijin. The Gorgom are no longer a cult but a political party ruling Japan, emptily supporting these calls while exploiting kaijin for money and wealth behind the scenes. Being mutants themselves doesn’t mean they won’t allow power and wealth to corrupt their better judgment for the sake of self-preservation.

Then you have Kotaro. Despite his forced transformation as a child, he no longer stands alongside those seeking equality. He just seeks whatever hitman jobs he can to handle a ketamine addiction and get what he needs to survive in a discriminatory world. Of course, as a hero he does end up involved in plans to take down Gorgom, but his role as a reluctant savior aged by drug abuse comes from guilt at people suffering as a result of his actions or inaction, rather than a penchant for justice.

It’s a bleak premise, but an endlessly fascinating one befitting the creative team behind the series. To balance the inherent goofiness of over-the-top tokusatsu fights in a heavily-political and adult story like this requires a grounded and experienced approach from a director taking his hand at the genre for the first time. Bringing that experience is Shin Ultraman director and Heisei Gamera VFX wizard Shinji Higuchi. 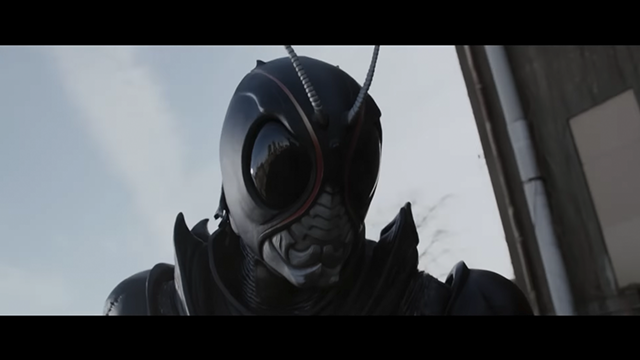 A prolific and experienced creator, Higuchi’s grounded approach to tokusatsu VFX elevated the Heisei Gamera series into a fascinating ecological and political epic and an apex of the kaiju genre, which shines in his work on Black Sun. Higuchi’s hand is felt in the kinetic camerawork that gives each fight scene drive while making them feel real, elevating the often-violent and bloody conclusions of each fight into believable brutal battles in spite of the inherent fantasy of humanoid spiders, aliens and Kamen Riders duking it out.

And yet, just like the original Kamen Rider Black, it’s the human relationships and stories that make these fights so engaging and elevates Black Sun’s brutal and downtrodden reality. Nobuhiko and Kotaro are far from lost stepsiblings inevitably fated to battle as the original series premises itself. By taking their surgery from early adulthood to childhood, and having their separation occur much later in life, we’re allowed to develop their sibling relationship far further while brandishing new depth to the evil that must be defeated.

Gorgom rose to power during the Japanese student protests of the 1960s and '70s, when clashes over the relationship between Japan and the US and the potential remilitarization of the country turned universities into battlegrounds for the future political trajectory. Against this backdrop is Kotaro and Nobuhiko, young love, civil rights and disobedience, and a far more compelling interwoven backstory tying our enemies and heroes even closer together, erasing the line between black and white into tragic, morally-gray battle where even with only one true course of action for justice, no one can win. 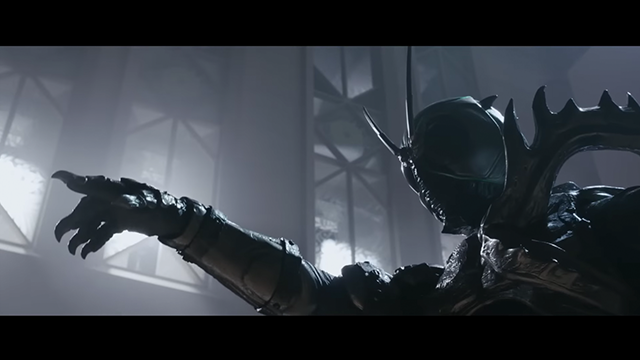 Fights against discrimination also place themselves in line with the real-world protests at the heart of this era of Japanese history, giving this story weight and real-world parallels that are impossible to ignore.

Two episodes still leaves a lot on the table. With ten episodes for the series released, this only whets the tastebuds of the potential story to unfold in the remaining hours. Yet it doesn’t even need to retain the level of quality showcased in its opening episodes to be considered a potential classic in the making within the broader franchise.

Whereas Kamen Rider has always sought to tell more realistic stories within the tokusatsu genre compared to many of its contemporaries, none have entirely succeeded in weaving impressive special effects and action within a surprisingly-radical and enthralling shell like this. Hidetoshi Nishijima brings a level-headed, weary and battle-worn edge to the mask that we rarely see, and the dismembered limbs are merely a tragic reminder of the broken man at the center of it all.

No matter your experience or appreciation of tokusatsu, this is one series to add to your streaming queue as soon as possible.