Previous staff and cast stay on 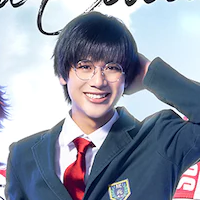 Since its inception in February 2012, the Yowamushi Pedal stage play has carried on with at least one new show every year. That tradition is now set to continue into Summer 2023 for a sequel, with the previous main staff and cast of Yowamushi Pedal: The Cadence! along for the ride.

Nishida Shatner returns as supervising director and playwright, joined by Kosuke Kujirai as director and manzo as music composer. The main cast is as follows: