"Even the most ordinary scenes are beautiful." 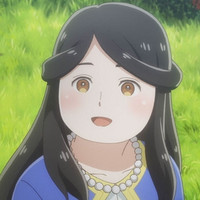 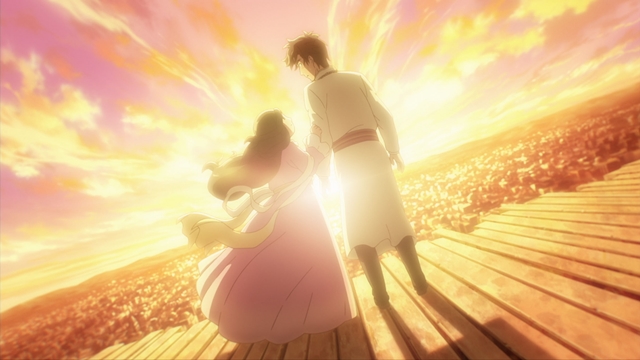 The official website for the forthcoming anime film adaptation of Nao Iwamoto's romance fantasy manga Kin no Kuni Mizu no Kuni / Gold Kingdom and Water Kingdom posted the manga author's newly-drawn illustration featruing the two protagonists, along with her comments on the film.

Iwamoto drew a picture of Naranbayar (CV: Kento Kaku) and Sarah (Minami Hamabe), enjoying the film in the theater seats with churros and popcorn in their hands.

Iwamoto, who saw the film ahead of others, said she could not stop crying after watching the film. "I want people to see the beauty of the distant views and powerful scenes, but I also hope that people will see on the big screen the casual scenes in which the characters care for each other, which the director and others have focused on, and feel a little bit warmer. Even the most ordinary scenes are beautiful."

The film is set to be released in Japan on January 27, 2023. Kotono Watanabe (BTOOOM!) serves as director on a screenplay by Fumi Tsubota (Hugtto! PreCure series composition writer). Madhouse (Summer Wars) works on anime production. 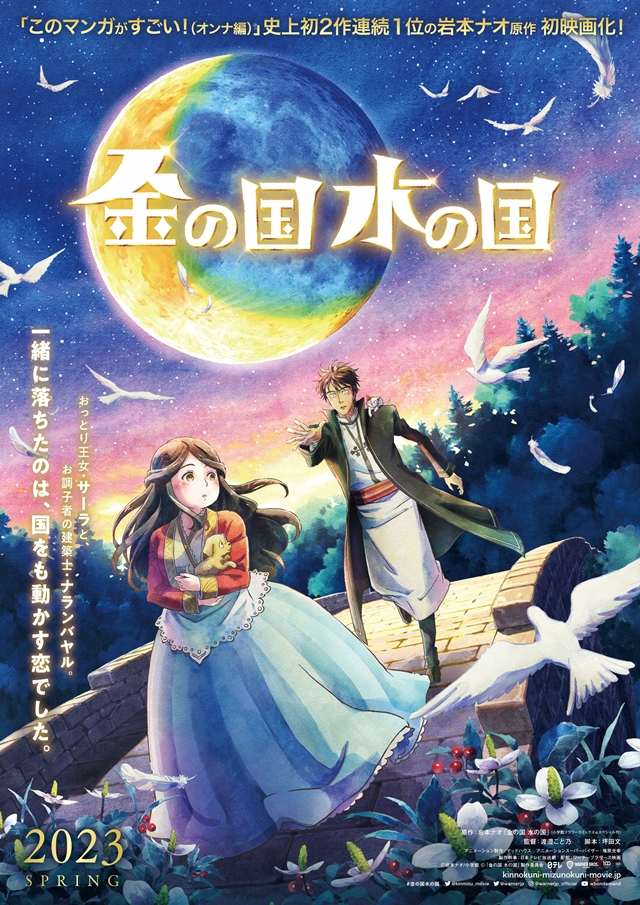 The original manga was first published for eight chapters in Shogakukan's Monthly flower from 2014 to 2016. Then, its one-volume tankobon was released in July 2016 and has printed more than 400,000 copies. It was voted No. 1 in the female section of the guidebook "This Manga is Amazing! 2017." The publisher describes the synopsis of the manga as below:

Once upon a time, there were two neighboring countries that did not get along.

They bickered over trivial things day in and day out. Finally, they went to war over the issue of cleaning up dog feces. God intervened in a hurry and said to the chiefs of the two countries,

- Country A gives its most beautiful girl to Country B as a bride.

- Country B gives its wisest young man to Country A as a bridegroom.

Then, the princess of country A, Sarah, happens to meet a young man from country B...!