The music comedy anime is now streaming on Crunchyroll 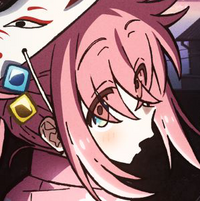 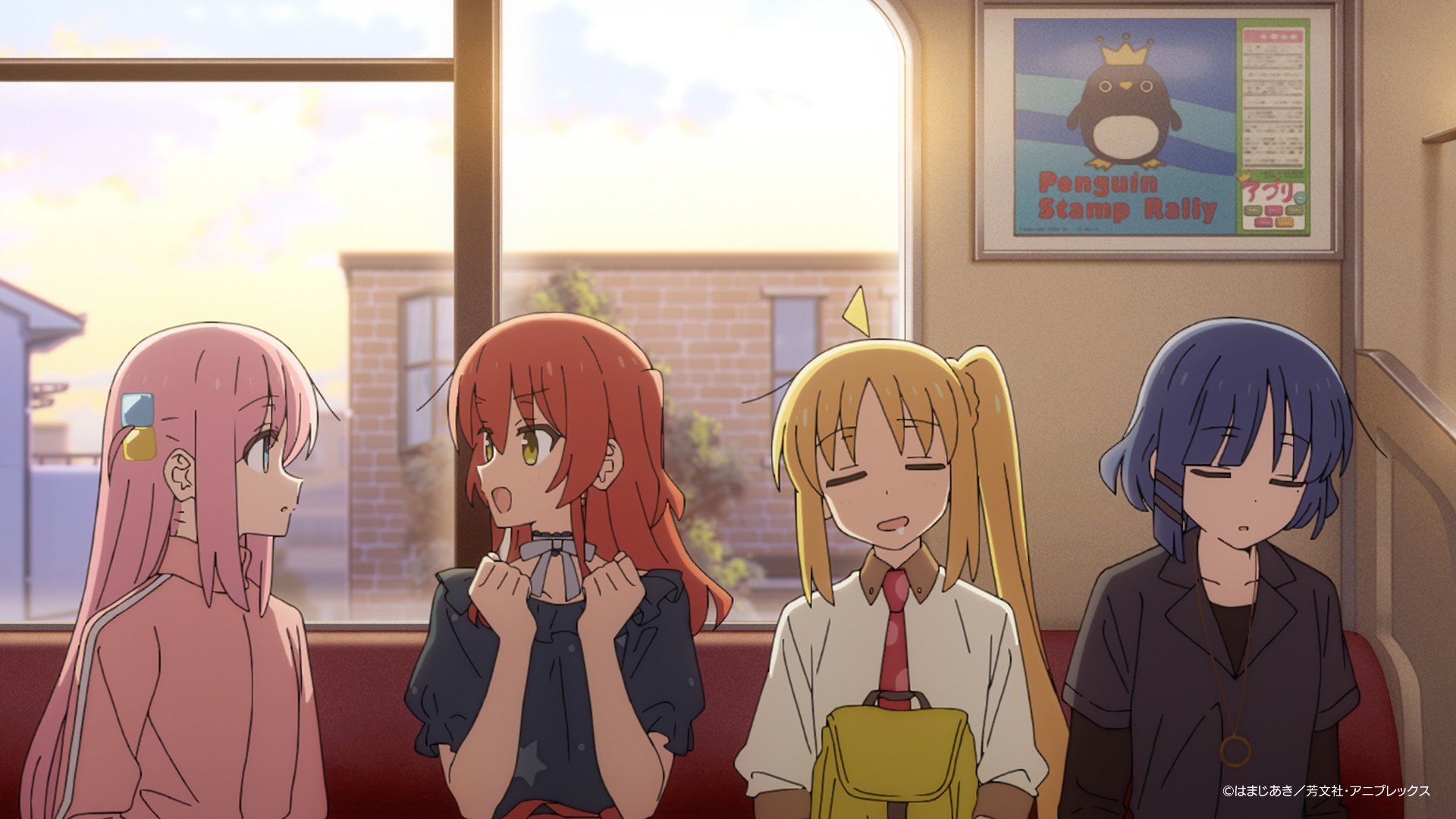 The ninth stop on Kessoku Band's BOCCHI THE ROCK! anime tour brought down the house with its post-show outing, so the series' official account commemorated the fledgling group's success with the release of a special visual. 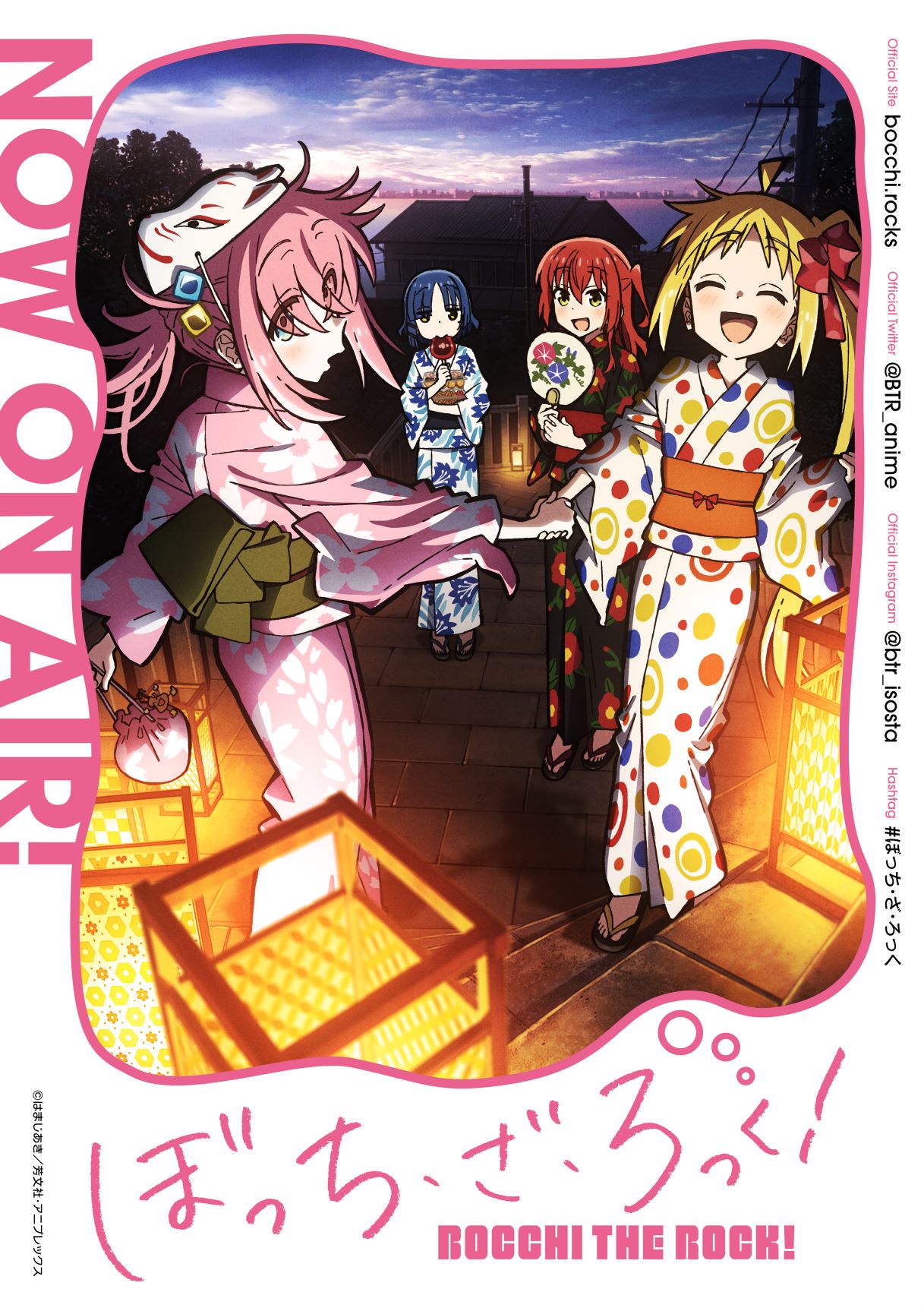 If you're a fan of CGDCT anime, don't miss new episodes of BOCCHI THE ROCK! every Saturday, right here on Crunchyroll!

Hitori Gotoh, “Bocchi-chan,” is a girl who’s so introverted and shy around people that she’d always start her conversations with “Ah...”

During her middle school years, she started playing the guitar, wanting to join a band because she thought it could be an opportunity for even someone shy like her to also shine. But because she had no friends, she ended up practicing guitar for six hours every day all by herself.

After becoming a skilled guitar player, she uploaded videos of herself playing the guitar to the internet under the name “Guitar Hero” and fantasized about performing at her school’s cultural festival concert. But not only could she not find any bandmates, before she knew it, she was in high school and still wasn’t able to make a single friend!

She was really close to becoming a shut-in, but one day, Nijika Ijichi, the drummer in Kessoku Band, reached out to her. And because of that, her everyday life started to change little by little...

Tags
bocchi the rock!, keiichiro saito, cloverworks, october 2022, fall 2022
« Previous Post
Eclipse Looms in Berserk: The Golden Age Arc - Memorial Edition Visual
Next Post »
The Way of the Househusband Season 2 Rings in the New Year with January 1 Premiere
Other Top News
0 Comments
Be the first to comment!
Sort by: