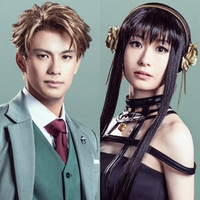 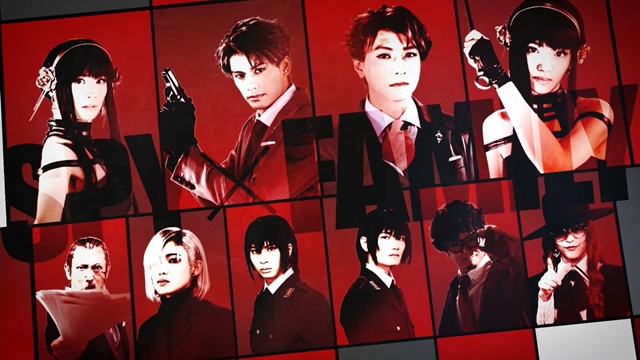 Toho's official YouTube channel for its stage plays has started streaming a 60-second official trailer for the forthcoming musical adaptation of Tatsuya Endo's action comedy manga SPY X FAMILY, introducing its main cast members (except Anya) in costume. The roles of Loid, Yor, and Yuri will be played by a double-cast.

"Musical SPY x FAMILY" is scheulded to be performed at Imperial Theatre in Tokyo from March 8 to 29, 2023, then at theaters around Japan, including Hyogo Performing Arts Center KOBELCO in Hyogo in April and Hakataza in Fukuoka in May. G2 (Naruto kabuki play) is attached to write the script and lyrics, and serves as ditector. Shuhei Kamimura (Student Council's Discretion) composes, arranges, and supervises the music. General sales of the tickets will begin on December 24. 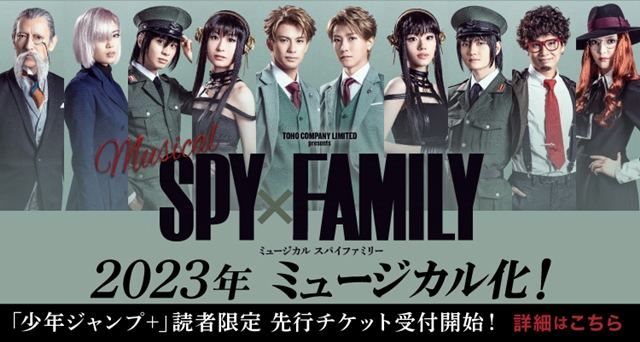