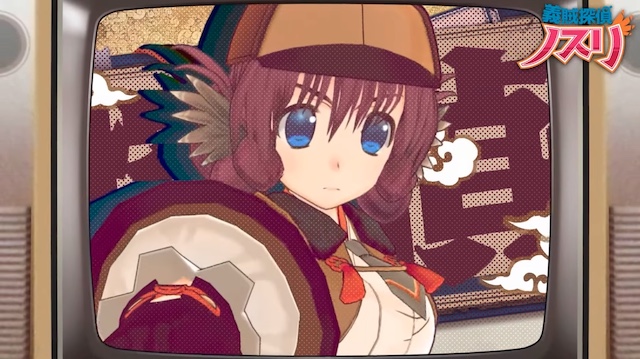 Last month saw the reveal of Gizoku Tantei Nosuri, an upcoming visual novel spinoff of the Utawarerumono series that aims to inspect an evil lying beneath the imperial capital with Haku and chivalrous thief detective Nosuri. The digital release is set for PlayStation 4 and Nintendo Switch in Japan on December 22, and now we can see a bunch more of it thanks to the first full trailer.

As for the Utawarerumono Mask of Truth anime, the series will close out with a double episode on December 24. Here's how Crunchyroll describes it:

After the emperor’s death, the Yamato Empire descends into chaos—it’s now ruled with an iron fist by a conniving general seeking to subjugate all before him. It’s up to a group of fugitives to rally all the kingdoms together and fight against the powerful Imperial army. Intriguing new lands will be discovered. Mysteries will be revealed. Will peace and order be restored?