Celebrate the Singers of Macross Delta During Walküre Live Stream 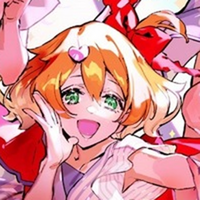 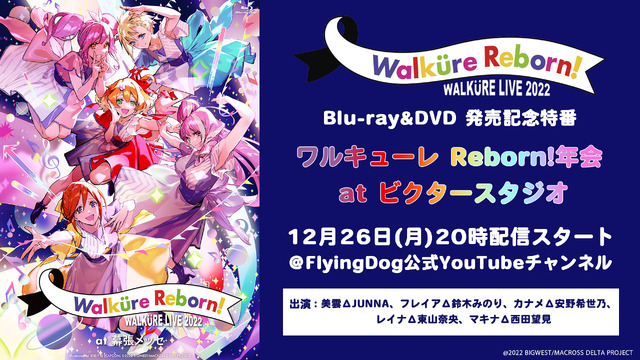 Wish you could hear more of the Macross Delta music performed at this year's big concert? On Boxing Day, you can!

The members of Walküre, the in-series idol unit from the recent Macross series, will be celebrating the Blu-ray and DVD release of this year's Walküre Reborn! Walküre LIVE 2022 with a YouTube livestream at the end of the month. All five members will be present: Mikumo Δ JUNNA, Freyja Δ Minori Suzuki, Kaname Δ Kiyono Yasuno, Reina Δ Nao Tōyama and Makina Δ Nozomi Nishida.

The upcoming live stream, Walküre Reborn! Conference at Victor Studio, will include footage not seen in the digest video, as well as appearances from all five group members as they discuss their most recommended scenes. The stream will take place December 26 at 8pm JST on the FlyingDog YouTube channel. 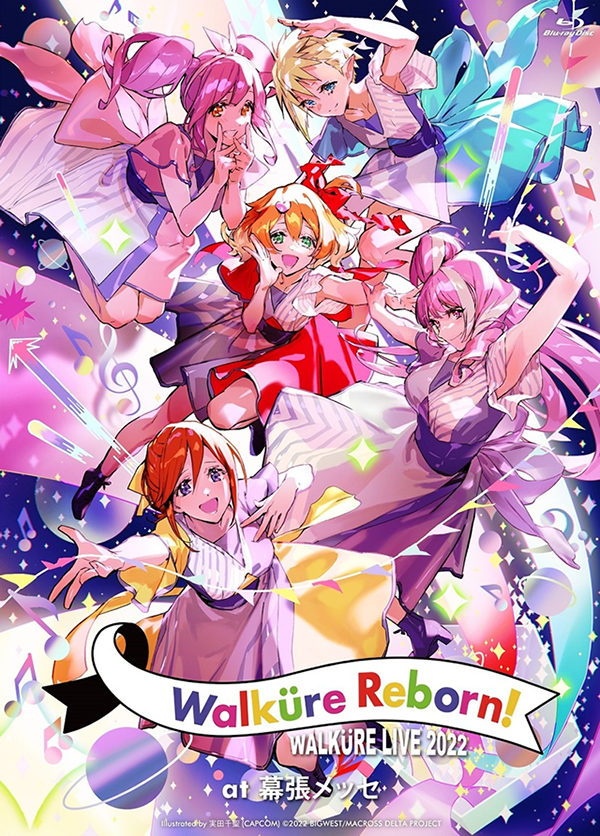 Walküre LIVE 2022 ~Walküre Reborn!~ at Makuhari Messe comes out Blu-ray and DVD on January 25, 2023. In addition to concert footage, the disc will include performances of the Macross Frontier songs "Sayonara no Tsubasa ~ the end of triangle" and "Universal Bunny," which were performed by the group as encores during the run of the live event.