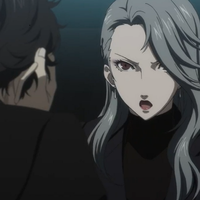 Sae was mad. Madder than I'd ever seen her before. I could tell she was mad at me, the way I'd betrayed her, and dragged her sister into my Phantom Thieves, but she was even angrier at herself. A top prosecutor, she prided herself on her quick wits and skeptical mind. And Makoto and I had played her for a fool, and for how long?

"I'm amazed you're releasing a Persona 5 anime so quickly as a follow-up to the game. Persona 4 The Animation came out several years after the initial release, giving the game time to build a substantial following before the anime hit. What exactly do you think you're playing at?

Persona 4 and Persona 4 Golden's anime series were enjoyable, but it's hard to adapt a video game to a non-interactive medium, and you can't stray too far from expected story beats without risking alienating long-term fans. Do you really think a Persona 5 animation is such a great idea?"

I can tell this caught her off guard. Her eyebrows rocketed up, and her composure was now gone. "How can you, a mere high school student, be so confident? The game just came out in April of 2017! There's no way you and your friends could have it ready in time. You had to have someone helping you!"

She was onto me. I would have to confess it all. 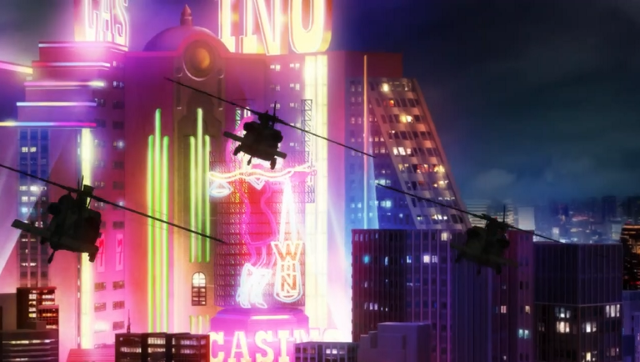 Persona 5 The Animation has the biggest shakeup for the Persona anime series we've seen yet. A-1 Studios is returning from Persona 4 Golden, but Persona 4 and Persona 4 Golden director Seiji Kishi is being replaced by Masashi Ishihama. Kishi is a stylish director, but his adaptations tended to hew a little too closely to the video game source material. Ishihama doesn't have much experience with game adaptation, but his resume is sterling and promises a veteran talent with a unique vision. Ishihama has worked on Attack on Titan, Code Geass, FLCL, Gunbuster 2, Read or Die the TV and drew great acclaim for directing Shin Sekai Yori. 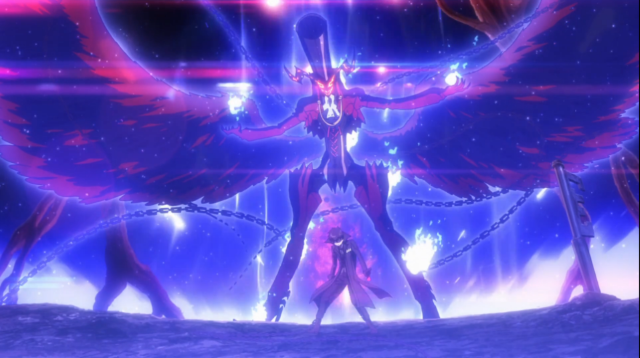 Also available on Crunchyroll, Shin Sekai Yori adapted the Yuusuke Kishi science fiction novel about a pastoral post-apocalyptic society where everyone has been cursed with psychic powers. The series alternated scenes of quiet natural beauty with nightmarish, surrealistic sequences of violence and terror, demonstrating range and masterful control of tone which is perfect for Persona 5 alternating between modern Tokyo and the psychic palaces of the Phantom Thieves marks. Only six minutes of the first episode have been released as a preview, but they demonstrate a stylish flair in layouts and storyboards that already set the anime visuals apart from the early in-game cutscenes. Ishihama also worked his way up from the director's chair from key animation, having credits on such classic titles as El-Hazard, Giant Robo, Tenamonya Voyagers, and Tatami Galaxy, ensuring he's a veteran with knowledge of the nuts and bolts of the entire animation process. It will be exciting to see what he can do with some of our favorite characters. 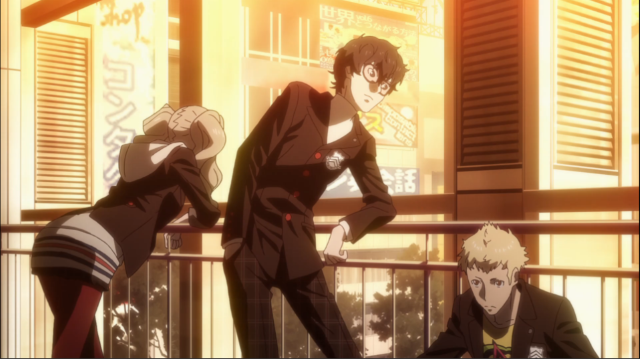 Series Composition for the Persona 5 is placed in the hands of Shinichi Inotsume, who wrote the standalone story for Persona 5: The Day Breakers.  Day Breakers is a standalone story with no larger connection to the Persona 5 game, but in it, Inotsume shows a familiarity with the Persona 5 personalities and aesthetics that will allow the animation to explore new directions for our favorite characters. A writer on Book of Bantorra and Jojo's Bizarre Adventure, Inotsume has experience in adaptation work, some choices he makes at the finale of Day Breakers really illustrate his strengths. 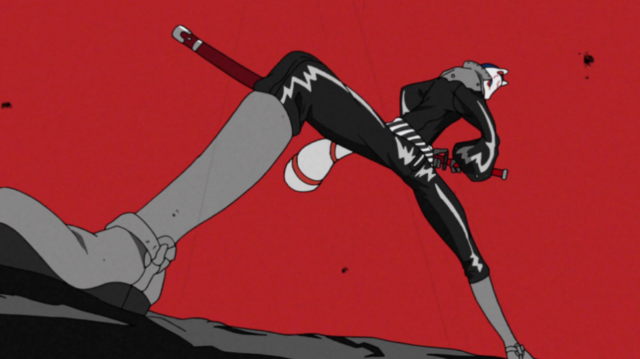 Fans of the game can also expect the game's mechanics to be baked into the anime's visual aesthetic. Persona 5 has a great battle system, but one that relies heavily on the use of the titular personas. There's a lot of screaming names, and casting of spells, but while this is fascinating tactically, how do you make this largely stationary activity compelling visually? Inotsume's experience with Jojo's stands surely helped teach him how to manage this kind of action, but he also uses a mechanic from Persona 5: the baton pass. In the game, if you get a "one more" bonus by attacking an enemy's weak point, you can pass your extra turn onto another player. In the finale, Inotsume imagines this as a kind of choreographed dance sequence: still frames are largely used for the summoning of the detailed, ornate personas, but in between, he gives room for the animators to choreograph acrobatic dances as they tap each other into the battle. The result is stunning and exciting.

While the use of in-game images like the cellphone avatars and map screens is great fanservice, it doesn't really integrate the gameplay mechanics into the visuals in a compelling new way. Day Breakers and the first released six minutes of episode 1 suggest we have a team that will be able to innovate new ways of taking gameplay mechanics and expressing them as exciting animation. Persona 5 The Animation is one of my most anticipated titles of the season. What Persona 5 characters are you excited for?