These are the ten best-dressed heroes in My Hero Academia! 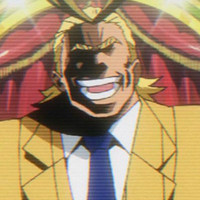 They say the suit makes the man/woman. Even if their superpower yields them the greatest strength imaginable, what’s a hero without a costume? Looking the part is key to inspiring the hearts of the people and striking fear in one’s enemies. Additionally, quality garb will serve to enhance a hero’s powers and quell their weaknesses. Thus, style is substance in a world like My Hero Academia’s. Here are the series’ ten hero costumes that best exemplify what it means to be functionally fashionable.

It may seem counter-intuitive for a hero who’s Quirk is quick speed to don a full set of armor but Tenya’s subversion of expectations is actually a stroke of brilliance. Should this engine-powered speedster smash into a wall, his armor will keep him from harm… or so one would think. Sadly, the costume fails to live up to its full potential as it’s more lightweight than it looks and its mufflers are just for show. It’s redeemed by wind resistance and cooling devices that allow him to run further, and the cool visual of a knight charging into battle is definitely noteworthy. Iida sneaks onto this list for the high-concept potential of his costume but we still dream of heavier platemail that could turn him into a battering ram. With some upgrades, the speedster could rank much higher on this list.

Tsuyu already looks like a frog with her wide mouth, long tongue and arched body. After slipping into her costume, Froppy goes full-amphibian. The green-and-black stripes mirror those of a poison dart frog, a warning to all villains not to mess with this humanoid pond creature. But wait, there’s more: while in costume, Tsuyu can use her camouflage ability to blend into the environment. She’s also got those frog-eye goggles and while we’ve never seen her use them, they sure are fashionable!

No cowboy is complete without stirrups and a stetson. With his stylized Western get-up, Snipe is easily amongst the best dressed heroes. This sharpshooter has more tools in his arsenal than it initially appears, though. His gun is custom-made to enhance his Quirk’s aim and he can get out of trouble in a jiffy with smoke grenades. To bring the costume full circle, Snipe’s gas mask grants him immunity to the negative effects of the grenades. Plus, gas masks are just cool. Snipe is truly the best dressed in the West. 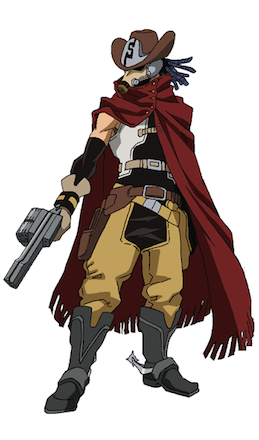 Mei’s tinkerer outfit may seem inelegant at first glance but it’s packed to the brim with useful gadgets. She makes up for her lack of a combat-focused Quirk with jetpacks, grappling hooks and devices that drain the enemy’s power. That every part of her costume was self-made makes it all the more impressive. Sure, Mei isn’t going to be walking down the catwalk any time soon (though you never know where fashion trends will lean these days). However, her ability to build the right tool for any given job makes up for the ire of fashion police.

A real James Dean, Best Jeanist should be renamed to “Best Dressed” for his all-denim outfit. Tsunagu wears his appearance proudly as he understands the importance of a first impression. His positive mental attitude makes him the life of the party. Outside of shining in the social spotlight, Best Jeanist’s fashion sense plays well with his Quirk’s ability to manipulate fabrics. The ability works best with denim and given that the guy is covered from head to toe in the stuff, he’s always ready for a tussle.

Perhaps My Hero Academia’s most mysterious hero, Thirteen’s costume hides their identity… and lack of human form altogether? As seen in the series’ first season when this hero’s Quirk backfired on them, the inside of the space suit appears to be completely empty. It’s truly a thing of horrors which is why we can’t stop thinking about this enigma. As we see it, this costume may be the only way that Thirteen can exist in physical form at all, making this costume not only intriguing but perhaps necessary. 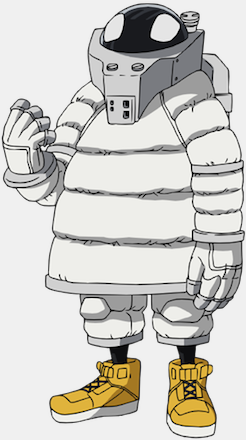 Uraraka’s costume is as bubbly as her personality. Her round, pink boots and bracers tell you all you need to know about this girl’s positive mental attitude. But beyond its fitting aesthetic, the suit also presses on her acupuncture points to negate the nauseousness she feels when overusing her Quirk. This means that Uraraka won’t find herself in a pickle when facing off against villains for an extended period of time. As the owner of one of the most essential costumes in My Hero Academia, Uraraka gets high marks. Very Ochaco.

Stain has long since fallen out of hero-hood but that’s exactly why his costume works so well. This fallen angel who once upheld the code of justice is now a shadow of his past. His tattered scarf evokes the remains of a once-mighty cape, his cloth mask the shattered visage of an archetypal hero. Practically speaking, Stain’s clothing is lightweight which is befitting of a stealthy assassin. His wide range of swords and daggers give him the tools to deal with any foe no matter their shape or size, making him a versatile combatant. But it’s what Stain’s costume represents that makes it land high on our list. 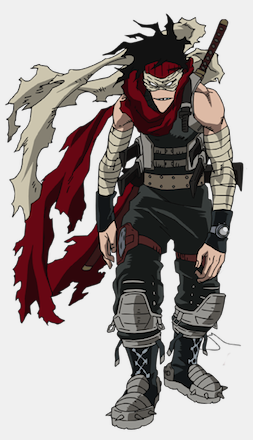 Bakugo has an over-the-top personality. He’s aggressive, loud-mouthed and showy. It’s only fitting that his costume would evoke those same qualities with massive grenade-shaped gauntlets and an fiery headpiece. One look at Bakugo and you know you’re in for a rough fight. Beyond his aesthetic fitting his temperment, the suit brilliantly complements this roughians’ powers by gathering his flammable sweat into grenades. Given that Bakugo is generating a ton of heat from his explosions, this ability is the peak of hero-costume synergy. For all these reasons, Bakugo’s costume is a big reason why he sits at the top of Class 1-A’s power rankings.

At the top of this article we said that a hero needs to inspire the hearts of the people and strike fear into villains. All Might is the embodiment of these traits and his iconic costume is a universal symbol for justice. It doesn’t have any special functions or power-enhancing capabilities, but it doesn’t need them to be the best hero outfit. These threads stand for what it means to be a hero, what a warrior of the people should strive to be. Kids dream of donning All Might’s suit and fighting for justice. There’s simply nothing more powerful than that. 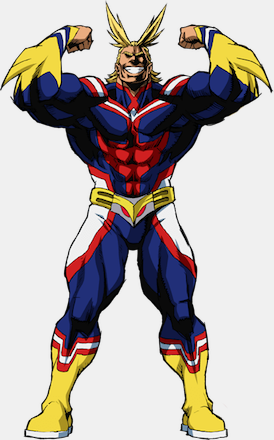 As you can see, dressing well is the key to success for a true hero. This is only the tip of the iceberg when it comes to great hero costumes in My Hero Academia, though. Did we miss your favorite? Let us know in the comments!