Lupin vs the Internet: Thievery in an Online World

How the legendary master thief evades the world wide web 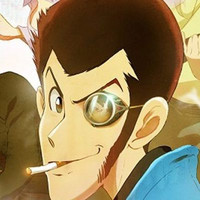 Remembering a life before the Internet can be hard. Multiple generations have never even experienced a time before the World Wide Web’s ubiquity. Conveniences like instant access to information, texting and “apps for that” are firmly the way of life in the 21st century. As such, anyone who fails to adapt with the times risks being left behind. This is especially true for Lupin the Third’s ragtag band of rascals in their latest line of cunning adventures, but the master thief always rises to the challenge of an ever-changing world.

Lupin and co. have been at the thievery game for (in our time) 50 years. The series’ beginnings line up directly alongside the development of ARPANET, which evolved into what we now know as the Internet. Given that it would still be a few decades until said evolution reached consumers in the late 80s, Lupin was stuck pulling off heists the old-fashion way: in person with ropes and lock picks and disguises. While modern-day blue-jacket Lupin still has these tools up his sleeve, the advent of technology makes Arséne’s arsenal larger than ever… and also makes him more vulnerable in the process. 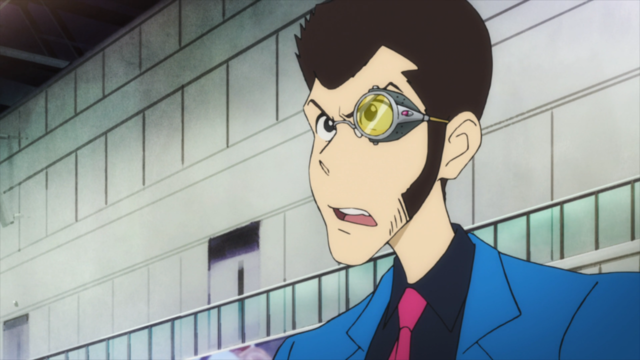 While Lupin’s escapades always made him a known quantity, he benefited from the ability to lurk in the shadows. Surveillance amounted to guards in towers, not complex security systems with cameras covering every corner. This all changes with the advent of cell phones, social media and the Internet at large. “The Lupin Game” turns everyone into a pair of eyes scouting out the savvy scoundrel. Lupin can’t step into public without instantly being discovered; his (relative) anonymity dissipates with his newfound celebrity status. Without the asset of stealth on his side and no extensive computer know-how, how is Lupin expected to function?

What Lupin very quickly realizes is that while technology may have changed his predicament, the game was the same as ever. He was still facing off against other humans. Lupin’s greatest asset is that he’s a people person, which is to say he has a keen sense of how humans function. It thus makes sense why he takes a “if you can’t beat ‘em, join ‘em” approach. Knowing the short attention span that people have in the online world, he showboats to take the fun out of The Lupin Game. The only reason people were participating was for the thrill of the news cycle but the whole charade is demystified if he’s always broadcasting his location. Lacking this, people will inevitably get bored and forget he exists, allowing him to become invisible once more. After faking his death, he’s quickly deleted from the public conscious. 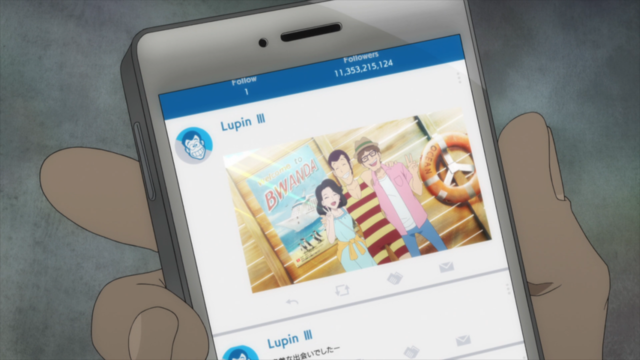 Let me ask you: do you remember what topics were trendy one week ago? What about two weeks ago? Two months ago? A few major events may come to mind but all the little stories in between likely mesh together until they’re indistinguishable. Given the amount of information we’re bombarded with on a daily basis, our minds can only retain so much of what we momentarily engage with. While a major event such as The Lupin Game would likely not be so quickly forgotten in the real world, it still works as an example of the rapid pace of the Internet. Social media is entirely about living in the now and we’re always anxious to move onto the next “big” thing (realistically, the next flash-in-the-pan). Last week might as well have been the era of Dinosaurs.

The Lupin Game reminded me of the flash-in-the-pan phenom Twitch Plays Pokemon, both live-streamed social gatherings where strangers worked together through chaos to achieve a common goal. In this case, beating the Elite 4 was catching Lupin. People rallied in chat rooms and on social media around this effort and turned the man into a meme. He became a punchline, an amusement. Like any meme, time took its toll and the joke stopped being funny. The second he was “killed,” the masses moved on. This was all according to plan for Lupin, of course. By taking something serious and turning it into a joke he managed to wear out his welcome. He manipulated the endless news cycle by playing into his 15 minutes of fame. There’s a reason we call it 15 minutes of fame, after all. 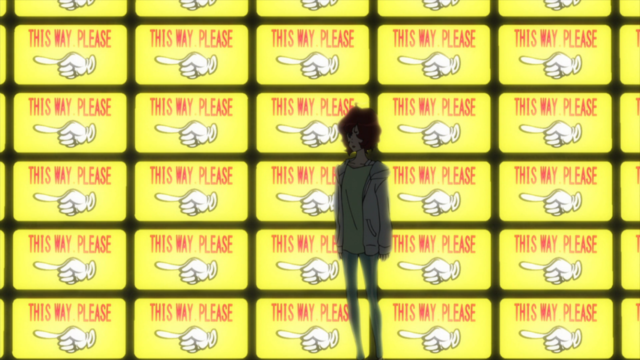 But it’s not only a knowledge of people that allows Lupin to thrive in this new world. He also recognizes the areas in which he lacks and recruits the right partners to fill in those gaps. This is where Ami comes in. She’s a powerful asset to Lupin as someone who knows her way around the darkest depths of the net. She can pull up any information as needed-- as shown when the crew escapes from the cops via the airplane hangar-- or use her tech skills to conjure up manipulations like Lupin’s faked death.

But beyond those practical applications of her skills, Ami speaks the language of the Internet. Her ability to infiltrate Silk Road stand-in Marco Polo comes down to more intimately understanding her always-online peers than Lupin ever could. While the base instincts of humans may remain the same throughout time, being of a shared generation allows one to understand their peers on an experiential level. Both Ami and Marco Polo’s head honcho Chuck Glay are teens who were born and bred by online culture. Chuck and his associates may talk a big game when behind their bubble of computer screens but when faced with the human consequences of their actions, that bubble immediately bursts. Ami turned the tables on them by making herself more than an anonymous handle, putting a face and life story to her name. These implications made it all but inevitable that Chuck would give himself up; when push came to shove, he wasn’t a hardened criminal, just a kid empowered by anonymity. Outside of drawing Zenigata to the scene, Lupin’s reappearance was little more than the final nail.

For all the ways that the Internet impacts Lupin’s way of business in Lupin the Third Part 5, his means of success haven’t changed. He’s still outsmarting his marks and surrounding himself with the right people. The thrill of Part 5 is watching Lupin adapt to scenarios we’ve never seen him in before, proving more than ever that he’s the greatest thief to ever do it. And for all the ways that our modern world may seem entirely different than the one 50 years ago, Lupin’s continued ability to utilize his skill set shows us how humans haven’t really changed. The details may be different but thievery… thievery never changes.