How Mega Man X holds up in the modern era 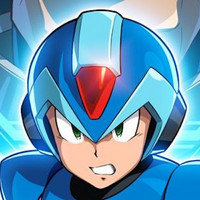 You only need three buttons and a D-pad to play Mega Man X. That’s it. In a world where games increasingly require more inputs than a controller can handle, this may seem novel. Gamers who started out in the Nintendo 64/Playstation era and after might even see this as archaic. But great game design is timeless. The question is: does that philosophy apply to the newly released Mega Man X  Legacy Collection for those new to the blue bomber?

Before we get to answering that question, let’s talk about what exactly puts the “X” in this strand of Mega Man. The jump from the 8-bit NES to the 16-bit SNES saw classic franchises sizing up for a twice-as-powerful console. It may not seem like it now, but this was one of the largest technological jumps between gaming generations ever. On top of that, the new console’s controller featured a staggering four addition buttons: X, Y, and the R and L shoulder bumpers. With the ability to realize digital worlds to greater effect and utilize more control inputs, video games leveled up in unprecedented fashion.

So too was the case for Mega Man X. Higher graphical fidelity meant the oppressive cityscapes and menacing mechanical foes breathed (ha) with life. X (this game’s incarnation of Mega Man) benefited from this overhaul in particular; no longer being confined to a tiny sprite, the hero felt like a character rather than an avatar. His expressions sell his struggle in this world of technology gone awry. The edgier aesthetic in line with the preferences of early 90s kids renewed interest in the franchise as it moved further away from abstraction and into cartoon realism. 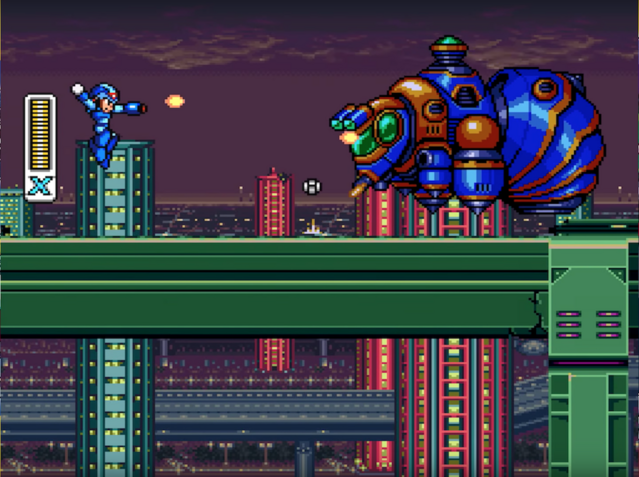 As for its controls, Mega Man X only added one new button – but that changed everything. Mega Man's new dash ability gives the game a sense of forward momentum that puts the “run” in run and gun. It fills out the moveset to give X a sense of satisfying agility, so much so it is held up as the entire franchise’s core gameplay. It’s this defining factor that separates X from classic Mega Man. Worth noting also is that sub-weapons obtained from beating each boss are now cycled through via the shoulder buttons so you don’t need to go into the pause menu to equip them, another addition that keeps the pace brisk.

But these aspects are nothing without great game design. It’s a good thing, then, that Mega Man X is often looked to for its mastery in that department. Every platform, obstacle, and enemy is carefully placed so as to telegraph exactly what a player must do to overcome them. It’s almost like a puzzle, trying to figure out how to execute a situation to escape unscathed. In a stroke of brilliance, these elements can often be nullified depending on the order you defeat bosses. The clearest example of this is that defeating Chill Penguin before taking on Flame Mammoth will freeze over that level’s lava-ridden floor. Basically, the more you get to know the game, the more you realize that every corner of its world is thoughtfully crafted.

It’s for all these reasons that Mega Man X was deemed a masterpiece and that fans have been clamoring to return to its stark robotic world with Mega Man X  Legacy Collection. This definitive collection compiles every one of the eight X games – every region’s version included – as well as artwork, soundtracks, and achievements. But most importantly, it remasters the games with HD visuals that make them pop on modern televisions like never before. There’s never been a better time to get into the X franchise and discover for yourself why these games are so revered… or at least some of them. 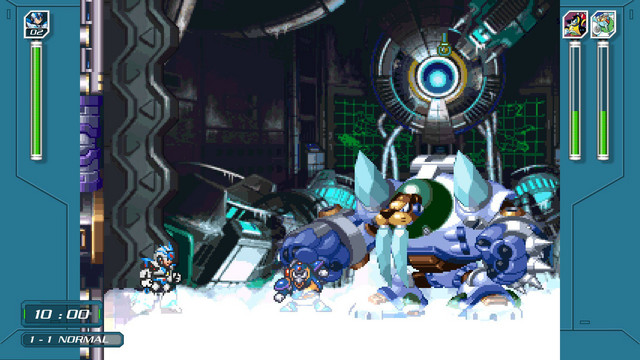 Mega Man X Legacy Collection is split into two halves, each priced at $20. The first compiles the first through fourth games while the second packs in five through eight. Both include the aforementioned extras plus two: a 24-minute prequel anime OVA and a boss rush mode. The latter comes with a unique catch: each fight comprises of two bosses pulled from across the X series. After picking a difficulty and selection of three sub-weapons for the job, you take on these baddies simultaneously, having to adapt to their combined might with new strategies. It’s a substantial addition to the collection that reframes these classic boss battles.

Yet more than anything, the biggest addition to the game for newcomers is the Rookie Hunter mode. When turned on, Rookie Hunter mode drastically reduces the health you lose from enemy damage and in a few games nullifies a fail state caused by falling into pits. The X games are no slouch in the difficulty department and this toggle alleviates much of that pressure with results that vary from entry to entry.

For the original Mega Man X, it eases the difficulty while upholding the game’s integrity. Carelessly running through levels can and will kill you, and boss patterns still need to be learned for sure success. However, in many of the other games the difficulty in this mode is eased too far, making it near-impossible to die in some circumstances. You can basically walk from the start of the level to the end without even needing to shoot in these scenarios. That might sound super negative, but given how punishing the games can be otherwise it's good that these concessions make them far less daunting for first-timers. I just suggest taking the training wheels off once you get a feel for things, as gameplay can become monotonous otherwise. 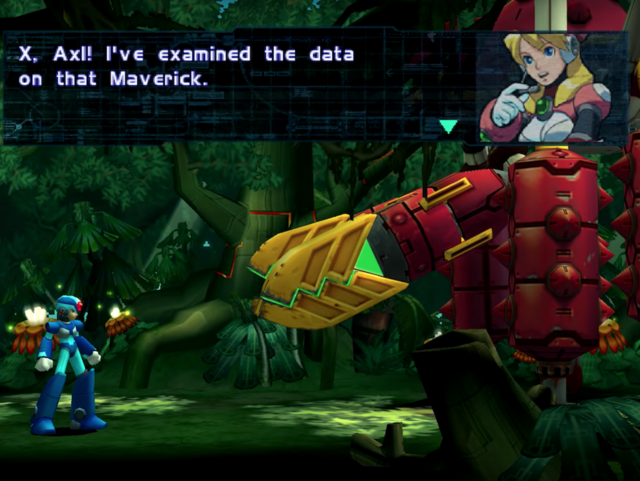 When it comes to the included games, there are clear winners and losers. Every title included in the first collection is masterful. I’ve already praised the original to death but X2 and X3 continue the SNES era of X to great effect and X4 – which marked the series’ jump to the PlayStation – carried that tradition forward with visuals more beautiful than ever and a fleshed-out story. Across these titles you get a healthy serving of everything that makes this franchise click.

Sadly, the same can’t be said for the second collection, of which all but one game can’t hold a candle to the earlier entries. X5 is the best of this bunch with levels that center around setpieces from runaway mine trains to an underwater battle with a mecha-whale. It was the last time the X series would land upon anything I found engaging, though. X6 was a last hurrah for the pixel artstyle but bungled things with repetitious level design and annoying enemies. The franchise then took an turn to unfortunate polygons with X7, a game I found incredibly frustrating to play due to finicky lock-on mechanics and disorienting perspective shifts. X8 tries return to the franchise’s roots, but the controls feel sluggish, the levels are incredibly flat, and HD polish does its 3D graphics no favors. Suffice to say, I would recommend only dipping your toes into this second half of the collection only if you're pining for more after exhausting the first.

But let’s not end this review on a downer. The first collection is a must-own for all platforming fans. These are timeless games that continue to be exhilarating to this day. My own experience is a testament to this: I had never played any X game except parts of the first and yet became glued to my TV for an entire weekend as I blasted and dashed my way through stark but colorful environments. Everything from the way X responds to button presses to the tiniest sound effects is satisfying, even euphoric at times.

So should Mega Man X newcomers buy the Legacy Collection? When it comes to X through X4, it’s a resounding yes.