DARLING in the FRANXX Creators Talk TRIGGER and Zero Two at Crunchyroll Expo 2018!

Panel highlights from the director, character designer, and producer of this years breakout mecha series! 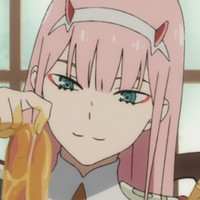 Of the many attractions at Crunchyroll Expo 2018, few drew crowds quite like Atsushi Nishigori, Masayoshi Tanaka, and Yuichi Fukushima. The director, character designer, and producer trio were visiting the convention in the wake of the mega-popular mecha anime, DARLING in the FRANXX, holding a press pool and two packed panels breaking down their hit anime along with host Evan Minto. In each, the crew broke down the making of FRANXX, first with a treasure trove of original concept art, while the second featured a live drawing by Tanaka of Zero Two, Ichigo, and Zero One. Here are some highlights of their discussions of the series concept and aftermath.

First, Nishigori described how the series got its start, claiming he wanted to bring his favorite creators from his time in GAINAX together and finally work with Tanaka. The concept came naturally from the two teams he’d drawn together, with TRIGGER’s ex-GAINAX staff specializing in action and mecha along with A-1 Pictures’ emphasis on drama and character animation. With the idea for a more drama-focused mecha anime, the plot started coming together as Nishigori looked to incorporate his favorite things into a consolidated series. 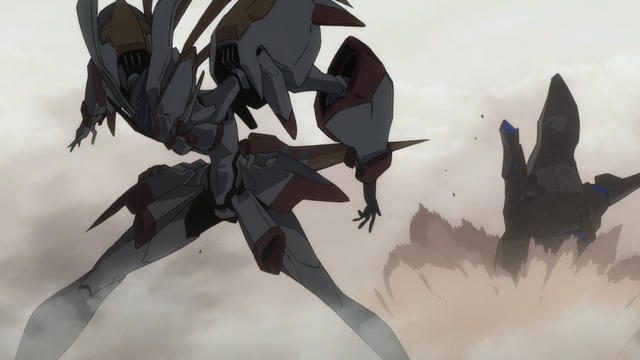 Despite Nishigori bringing in TRIGGER because of their past relationship, the crew admitted that reining the rowdy studio in was a difficult trial. Nishigori complained of having to constantly prune Imaishi’s wild tendencies, taking what he could from the creator’s outlandish (and often unasked-for) ideas, although he later admitted that he eventually found uses for many rejected concepts.

While the groundwork for the series was an involved process, Fukushima described the actual production as a fairly smooth affair, with the studios trading off production responsibilities each episode with Nishigori’s core team ensuring quality. Tanaka had a slightly different experience, discussing some of the scenes he personally redrew, such as Hiro and Zero Two’s dramatic kiss in episode 15. Nishigori joked about Tanaka’s constant aggressive calls to TRIGGER, saying each time that he was probably making a girl cry again. Tanaka didn’t disagree. 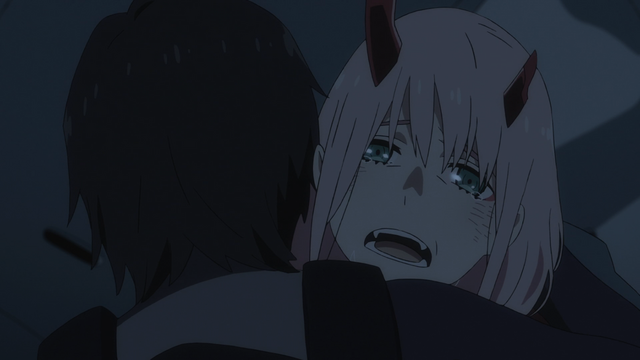 They brought out some of the original Franxx concepts they had shown off at the TRIGGER panel in Anime Expo, featuring, in Nishigori’s words, “much more ‘robot’ designs” by Shigeto Koyama illustrated in a surprisingly stylized Yoji Shinkawa/Metal Gear Solid-esque style. The concepts had much more diverse silhouettes than the Franxx in the anime, with the Genista appearing as a hulking tank-like machine, and what was probably the Chlorophytum appearing more bird-like with a design somewhat reminiscent of the Anubis from Zone of the Enders.

The trio discussed a trimming process of the mechs’ designs, deciding they didn’t quite fit with the more dramatic and character-focused direction of the series. Nishigori in particular mentioned a desire to maximize their ability to show characterization even during mech segments, which eventually led to having faces on the Franxx and a paring down to have them more closely match the appearance of their pistils. 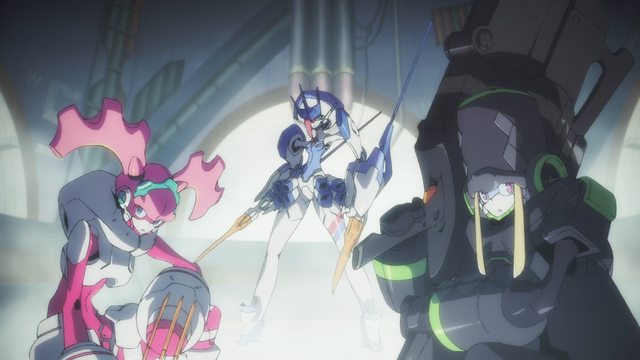 Unsurprisingly, a significant amount of time was spent discussing Zero Two’s concept and character design. The crew discussed her developmental process from its vague foundations mostly regarding “what” she was into her current iconic appearance. From the beginning, the plan was for her to be a badass exchange student to seduce Hiro, but Nishigori described her original character concept as a small, quiet, and diligent girl while Tanaka showed off some slides of a black-haired Zero Two. Deciding this didn’t really work with their intentions for her to be aggressive with Hiro or their equal relationship, they eventually added a few inches to Zero Two to level out their heights while Tanaka adapted the original design for the queen of the Klaxosaurs. 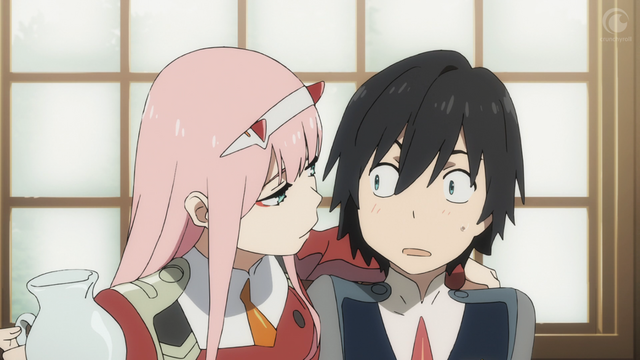 Given Nishigori’s description of DARLING in the FRANXX itself, Zero Two could be thought of as a microcosm of the entire series, featuring a collection of Nishigori’s favorite features. While happy with the straight-haired look, they decided pink hair and eyeshadow would make her stand out. Evan inquired if her horns and penchant for calling Hiro “darling” were inspired by Urusei Yatsura’s Lum, to which Nishigori replied that he was a huge fan of its author Rumiko Takahashi. They all agreed they were looking to make an iconic character as a sort of flagship for the series which, given the amount of cosplay and fanart they had found, they deemed a success.

While Zero Two may have been the most labor-intensive design, a great deal of work went into the other character concepts, especially their uniforms. They showed off two full slides with rows of different designs and spoke of wanting something with a naval look but putting but a futuristic feel, eventually settling on the X and Y lapels as thematic for the series. Where Zero Two had been an additive process, Tanaka spoke of the rest of the characters as attempting to reduce their designs as much as possible, while still keeping them recognizable. The only one they mentioned at length, however, was Ichigo, who was the subject of an intense debate over the merits of bangs vs foreheads, with Nishgori pulling rank to ensure we’d get the one covered eye. 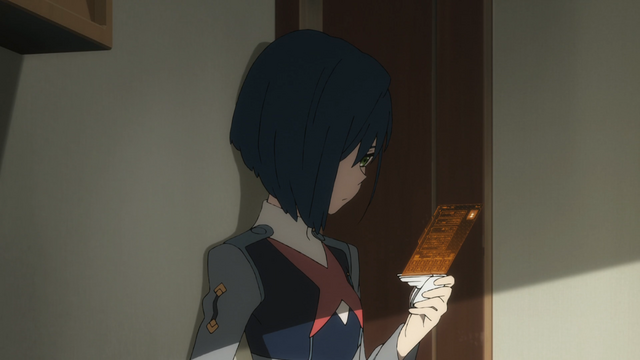 DARLING in the FRANXX was a unique production and, in retrospect, it’s a credit to the creators that the series lasted for two cours with such consistent quality. The crew responded to questions about future collaborations with uncertainty, joking it might be fun to do the whole thing over again but let TRIGGER handle the drama and A-1 work on the action. Learning more about the ins and outs of the anime was enlightening and seeing Tanaka at work during his live-drawing as well as the groundwork images was a rare treat--sorry, photographs were prohibited. With each studio soon to put out their next big project, we can look forward to future works from these three and the rest of the FRANXX staff.
---
Peter Fobian is an Associate Features Editor for Crunchyroll, author of Monthly Mangaka Spotlight, writer for Anime Academy, and contributor at Anime Feminist. You can follow him on Twitter @PeterFobian.
الكلمات المفتاحية
darling in the franxx, crunchyroll expo 2018, atsushi nishigori, masayoshi tanaka, yuichi fukushima
« المشاركة السابقة
ثاني عرض دعائي لأنمي "Sora to Umi no Aida" يستعرض شارتي البداية والنهاية
المشاركة التالية »
ثاني عرض دعائي للموسم الثالث من أنمي "Sword Art Online" يشوق لأعظم حكاية في السلسلة
أخبار أخرى مهمة
0 تعليق
كن أول من يعلق!
ترتيب حسب: