The Final Battle of the Stone Wars has started, let's take a look at what led us here 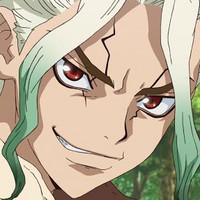 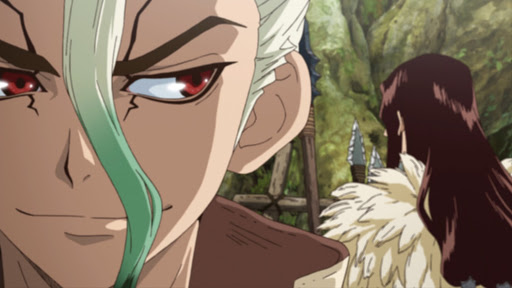 Before the flash, before society was suspended in time for thousands of years, the characters of Dr. STONE were regular people. Young students with personal interests and struggles attending class and pining over first loves. Why does this matter? Because in their new world the aftermath of 3,700 years of an Earth inhabited by nothing but the march of time and stone silhouettes these average adolescents find themselves squaring off against each other, each side determined to rebuild society in their own fashion. This newfound reality forces humanity's survivors into difficult moral situations, exaggerating and enhancing their every action, but it's this average existence that informs who they are now.

Senku and Tsukasa want to revive the frozen remnants of society, breathing life back into stone statues that were once people. But that's where their similar sentiments end. Senku and Tsukasa have vastly different ideas of what their new world should look like ... and who should be included in it.

Senku wants to give back to humanity the technological splendor and society they knew, replicating times before with his extensive scientific knowledge. Tsukasa advocates for a new world free from the corrupt ideals that led to a former society ruled by the cruel and ruthless. And neither of them is willing to give in. What led each character to their beliefs? How did two people find themselves at such odds in the future? The answer lies in the past. 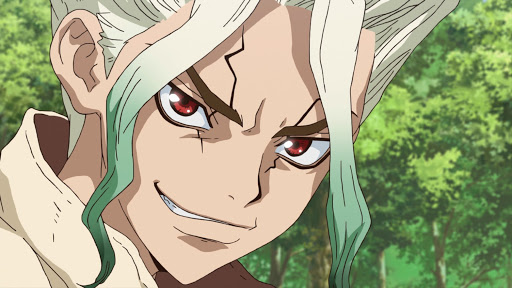 Senku: A Life Focused on Science

As the child of a teacher/astronaut, Senku Ishigami's passion for science did not happen by chance. Senku's father, Byakuya Ishigami, provided him with his first laboratory so he could conduct research and satisfy his scientific curiosity. Senku even wanted to be an astronaut himself someday.

Senku is a true man of science. Where others may see simple machines, he sees the genius of the design behind them the scientific achievements of all the people throughout history who developed them. He understands the effort and passion humanity devoted over the course of thousands of years to evolve science, to take it further and further, and he feels a great respect for it.

Senku doesn't really believe he has any limits, he thinks if he has all the ingredients at hand, he can build anything. And he doesn't just believe he is right in his arguments, he KNOWS he is, and he' s not willing to give that up for anyone. Rebuilding society is not an unattainable goal for him, it's just a complicated one that he knows he can achieve if he has the appropriate allies on his side.

This arrogance sometimes causes Senku to be extremely sincere, which can make him sound insensitive, but he actually cares a lot about his friends and colleagues and would risk everything to protect them. 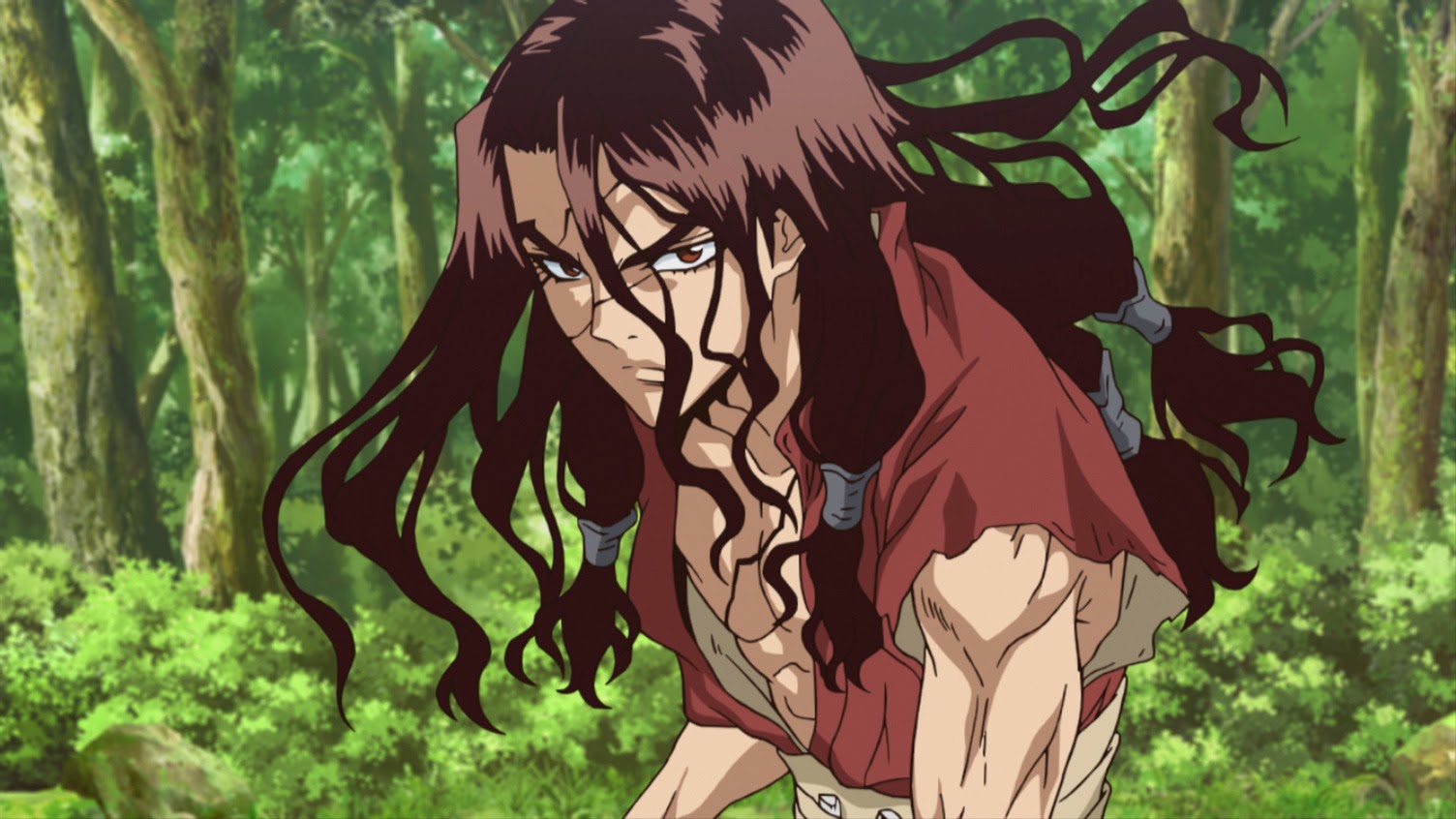 Tsukasa: Survival of the fittest

Tsukasa Shishio is a tough, muscular young man who is always ready to fight if necessary. But Tsukasa is not simply brawn over brains, he's a cunning individual who thinks very carefully about every move he makes. He can tell how easy it is to fool you, too. He doesn't trust anyone entirely, but that doesn't stop him from collaborating with people he believes can be useful to a purpose, since he could always beat him up later in combat if necessary.

When Senku and Taiju wake him up for the first time, we see what Tsukasa is capable of, fearlessly facing a lion with his own fists and defeating it. He's not scared, because he knows his strength is extraordinary it seems that survival has always been essential in his life. Despite this, he prays for the death of the animal he hasn't hesitated to kill. This is fundamental he didn't kill because he wanted to, he killed because he believes in the survival of the fittest. It's a law of nature for him.

This law of survival has deeply marked Tsukasa's existence because we do know that in the past he was abused by adults who beat him, neglected him, and despised him on several occasions. He, being a child, didn't have the strength to fight back, but that changed and with it, his attitude. He believes that all adults are corrupt, that society was made for the enjoyment of a few at the expense of the suffering of the rest, and that such injustices cannot be perpetuated. Tsukasa destroys statues of petrified people (an act that horrifies Senku) not out of simple hatred or disregard for life, he knows perfectly well how many statues he has destroyed but out of the desire to protect others from living the same horrifying experiences he was forced to.

Both characters have points of view marked by their past experiences and personal relationships, and both have completely selfish reasons for choosing such paths. Senku wants to recover the science and technology that has always been a part of his life and therefore believes it's the right thing to do. Tsukasa doesn't want the younger generation to be forced to live in a world that once treated him so harshly and works to create a better world in his eyes.

This is what leads our characters to conflict. Not their disparate personalities and interests, but their pasts built by entirely different foundations, one a past filled with knowledge-seeking and the support of loved ones, and a past filled with turmoil and pain. Who is right? Maybe the answer depends on our own personal experiences.

Are you 10 billion percent excited for the Great War? Let us know your thoughts in the comments!